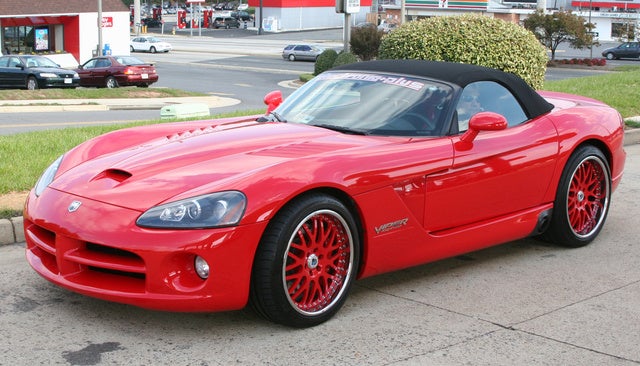 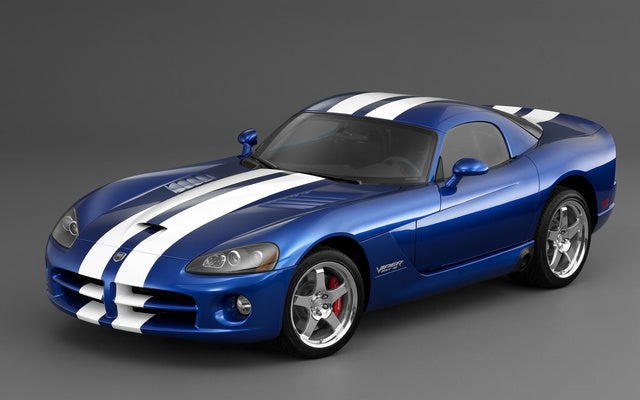 The year after the redesign, the 2004 Dodge Viper SRT-10 Roadster didn't make any significant changes on its predecessor, not because of laziness on Dodge's part, but because the 2003 was so superb. The 8.3-liter V10 in the 2004 Dodge Viper puts 500 horsepower under the control of the driver. A 6 speed manual transmission, anti-lock brakes, and a limited-slip differential all help the driver keep that power under control.

The convertible top of the 2004 Dodge Viper SRT-10 Roadster is far easier to use than previous tops have been, making the experience of owning a convertible a lot more fun. A dead pedal gives the driver's left foot something to do when not shifting, and the 6-CD changer keeps passenger and driver entertained for 6 times as long. Overall, the total interior comfort of the 2004 Dodge Viper SRT-10 is not bad at all, and stops short of being frivolous or pampering.

Owners of the 2004 Dodge Viper don't focus on much beyond the raw power and acceleration of the muscle car. And with a 0-60 mph of under 4 seconds and a top speed of over 190 mph, it's no wonder. The only consistent complaint made by owners is that the heat from the engine gets brought into the passenger compartment, making everyone uncomfortable. But 500 horses give off a lot of heat, so that's only to be expected. All in all, owners are crazy about this car: the way it drives, the way it sounds, and the way it turns heads everywhere it goes.

Have you driven a 2004 Dodge Viper?
Rank This Car

What Type Of Oil?

How much does car guru charge to sell my car?

What Is Exhaust Size On 04 Viper

what diamater is the exhaust pipe on 2004 dodge viper

How many 2004 Vipers were manufactured this year?