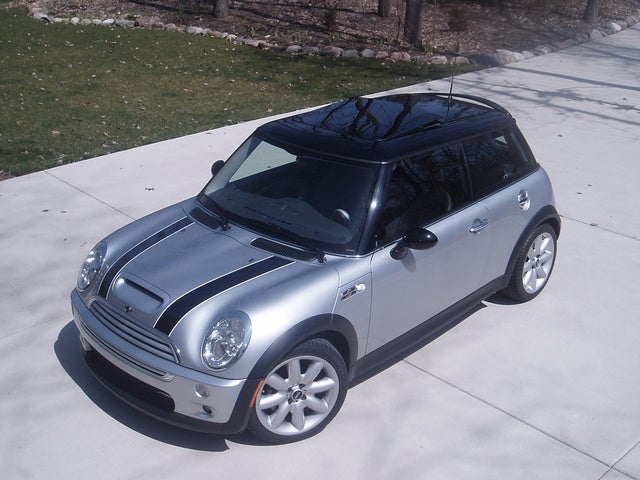 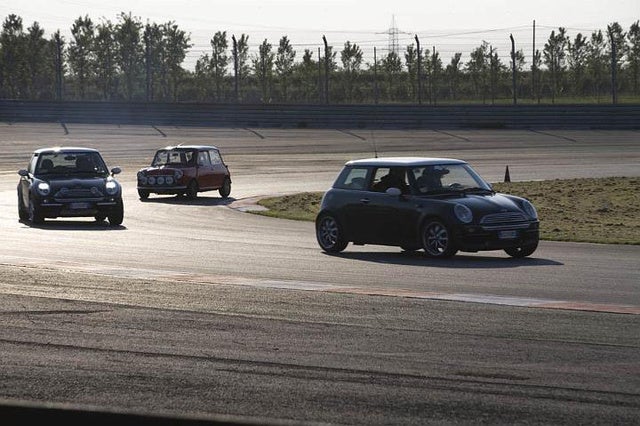 The MINI Cooper two-door hatchback was available in both Standard and S (supercharged) trim packages for 2003. Other than a few minor changes, such as a new interior color, new optional exterior graphics, some additions to the options packages, and an MP3 port on the CD player, the 2003 MINI was virtually the same as the previous year's model.

Power for the front-wheel-drive MINI was provided by a 1.6-liter inline four-cylinder engine. For the Standard model, horsepower was rated at 115, while the supercharged engine in the S version pumped that up to 163 horsepower. The Standard version received a five-speed manual transmission, while the S version upped that a notch with a six-speed manual. A continuously variable automatic transmission (also known as a CVT) was optional in the Standard model.

Design-wise, the MINI retained many of the elements of its iconic ancestor, which first appeared in Great Britain in the late 1950s, although the new MINI gave those elements a decidedly modern twist. For instance, the new MINI's taillights, fender, and roofline all mimicked similar elements in the 1960s-era Minis, while interior components such as the center console, instrument panel, switches, and air vents all drew inspiration from the classic Minis.

The MINI Cooper was well-equipped with such standard features as air conditioning, power windows, power door locks, dual front and side airbags, a CD player, remote keyless entry, and anti-lock brakes. The S version received larger 16-inch tires (as opposed to 15-inch tires in the Standard model), as well as a hood scoop and a sport suspension. A sunroof, leather seats, navigation system, and traction control were among the options.

The MINI Cooper's BMW heritage appealed to many drivers, who felt they were getting a BMW-quality car at a cost that was considerably lower than that of a standard BMW model. Some drivers were put off by the MINI's small size, but most drivers found the vehicle to be fun to drive, nimble, reliable, economical, and comfortable, as well as a head-turner on the road.

Users ranked 2003 MINI Cooper against other cars which they drove/owned. Each ranking was based on 9 categories. Here is the summary of top rankings.

Have you driven a 2003 MINI Cooper?
Rank This Car

Need Your Phone For Advertising

I want to sell my car need your phone # for advertisement

Where To Get Keys Made

Other than going to the dealer, where can I get a spare key made for my mini cooper?

2003 Mini Cooper Engine Will Not Shut Off.

Engine will not shut off after removing key. Replaced battery three days prior. Had drove the car for three days and about three hundred miles. Parked at house and a day later my wife noticed odomet...

The 75A fuse keeps blowing stopping the fan activating. I overheated last week and the AA replaced the fuse but it sblew again before I arrived home, Any ideas on what causes this fuse to blow and how...

Does My Car Have Cruise Control?

I have a 2003 mini cooper s and im wondering if my car has cruise control and if so where is it located?

447 views with 2 answers (last answer about a year ago)