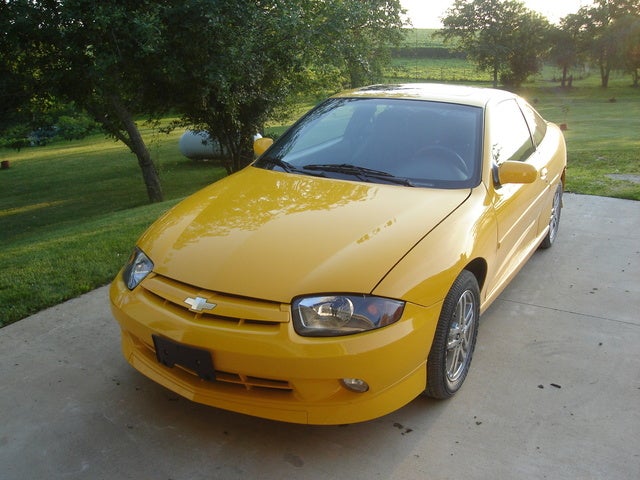 Have you driven a 2003 Chevrolet Cavalier?
Rank This Car

This car is all rusted on the passenger side, it is not worth it Read More

This car has been driven by my 19 year old son since his junior year of high school. It has been the perfect car for him! The two door coupe may not be optimal for a large family due to difficulty g... Read More

I Love My Car By VegasDoll

I really don't dislike anything about my car. I wish it had less miles on it than it does but that's about it. It has almost 170,000. But I've taken very good care of it and it runs very smooth and qu... Read More

This car is great on gas, and also is very reliable. There is nothing that i have to say about it that is negative. It handles very nice on snow and ice as well as wet roads! Perfect family, and commu... Read More

I ended up not getting it because of too many problems with it. And I was not made aware of those problems until I checked it out and so I did not get it. Had to get another car for waaaay more than... Read More

Over all the cavalier has been a good car. Vehicle has very good pick up and plenty of power. Very tight responsive steering and smooth and stable on the highway. The firm suspension make for a roughe... Read More

A Beginners Car By JDockham93

This car can either be your reliable friend or it can be a hastle. Since it's a common enough car and there's lots of them in junk yards, finding parts for them is easy. But since they are common, fin... Read More

I Do Love My Little Car By jenw317

Its small but tough drives like a truck kind of rough but has done me good untill now. Its hard to keep up on minor repairs on a small budget. All and all it has been dependable. Now not so much. Scar... Read More

There very good car low cost in operation. When well cared for will run for years. Had a 2002 4door served me well through Medical school. Read More

Great first car awsome commuter car. excellent on gas i averaged 500kms to a tank in the city. not the peppiest car but it will get you from point a-b everytime. Parts are dirt cheap repairs are simpl... Read More

Have you driven a 2003 Chevrolet Cavalier?
Rank Your Car →