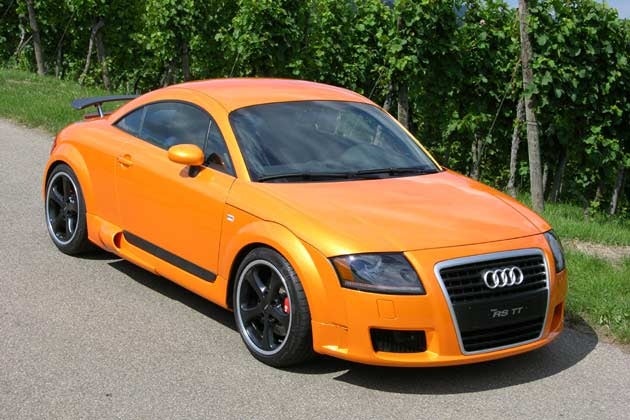 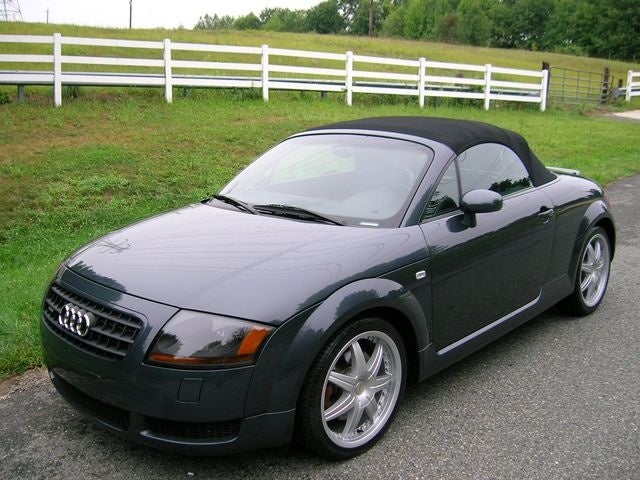 Boasting more curves than an issue of Sports Illustrated Swimsuit Edition, the 2003 Audi TT lets everyone pretend to be James Bond behind the wheel (tux not provided). The 2003 TT comes as a Coupe or convertible Roadster, with a 1.8-liter, 4-cylinder turbocharged engine rated at either 180-hp or 225-hp. In 2003, the 180-hp models are front-wheel drive only, with no quattro option. The higher horsepower models have been and are still offered only with AWD quattro.

Also in 2003, 180-hp base models are paired with a new 6-speed Tiptronic transmission, which allows you to engage in semi-manual shifting with the touch of a button, and gets better performance out of the limited engine. The 225-hp models are offered with 6-speed manual tranny only. On the outside, the 2003 Audi TT gets a new grille and updated badging. The convertible is a soft-top that can be removed manually in the base Roadsters or electrically in the 225-hp Roadster. The power top is optional on the base model. To combat wind interference and noise, a windscreen pops up behind the front headrests. When up, a glass rear window offers better visibility than plastic ones in other convertibles.

The 2003 TT is all about looks. Domed and rounded, low to the ground and all wheels, it looks like it's bursting with energy. Though sharing a frame with the Beetle, the TT is loved by owners for its unique styling. Its performance is top-notch, say most, especially the responsive and crisp handling around curves, tight turn radius, and quattro capability in bad weather conditions. Inside, the sports seats are comfy, and the optional heated seats feature is recommended. Downsides include poor rear visibility with the top up, making parking difficult, and difficulty getting in and out of the TT without banging your head. The placement of the power window switches is awkward, and the ride can be noisy. Reliability is questionable, and owners report lots of little problems with the electrics.

Users ranked 2003 Audi TT against other cars which they drove/owned. Each ranking was based on 9 categories. Here is the summary of top rankings.

How Much Horse Power Can The Audi 225 Handle Say If It Was Stroked And Big ...

i currently have a 2003 gti 1.8 looking to buy a 2003 Audi TT awd if i go stroker motor and gt35r how much horse power can the awd system handle

What Am I Supposed To Do When Someone Only Expresses An Interest In My Car ...

Hi I have a 2003 Audi TT 225 when I turn the key there's nothing no click no lights , I changed the battery still nothing then when I put jump leads on it starts first Time like normal . Hope you ca...

I just replaced a fuel pump on a 2003 tt quatro turbo. Once i was done i try to start the car up and it cranks but it wont start. What did i do wrong?