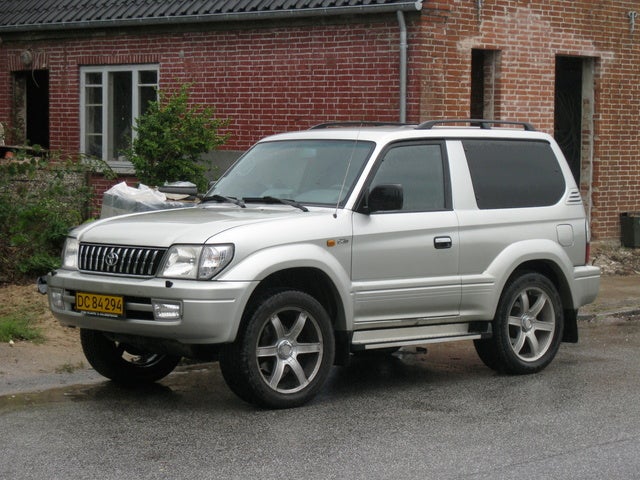 The only notable new feature for the 2002 Toyota Land Cruiser was that the third-row seat, and therefore rear climate control, became standard.

The 2002 Toyota Land Cruiser came in one, well-equipped trim level. The engine was a 4.7-liter 230 horsepower V8. The only available transmission was a four-speed automatic, and the four-wheel-drive was permanently engaged. The '02 Land Cruiser seated eight, with a removable third-row seat for extra storage. Fuel economy was about 14/16 mpg.

Drivers love the 2002 Toyota Land Cruiser because it is well equipped to handle snow, mud, and other off-road situations, but it is also well appointed with luxury features, making it a comfortable car to cruise around town. Owners also love the roomy interior and reliability. Some do complain that the car gets terrible gas mileage, and others say that the third row seat is quite small.

What's your take on the 2002 Toyota Land Cruiser?

Have you driven a 2002 Toyota Land Cruiser?
Rank This Car

I Took My 2002 Toyota Landcruiser To The Dealer Because The Steering Had A ...

Anyone out there familiar with how long this vehicle is capable of going for if it’s been maintained properly? I’m looking at one for $8500. Is that a decent price? TIA!

What Is A Avitar Photo

Does Anyone Have Wind Noise On The Passenger Front Window? What Is It?

I just purchased a 2002 Land cruiser and I love it, it was well cared for. The only thing I noticed is that on the passenger side, the front window seems to have a lot of wind noise. If anyone has e...