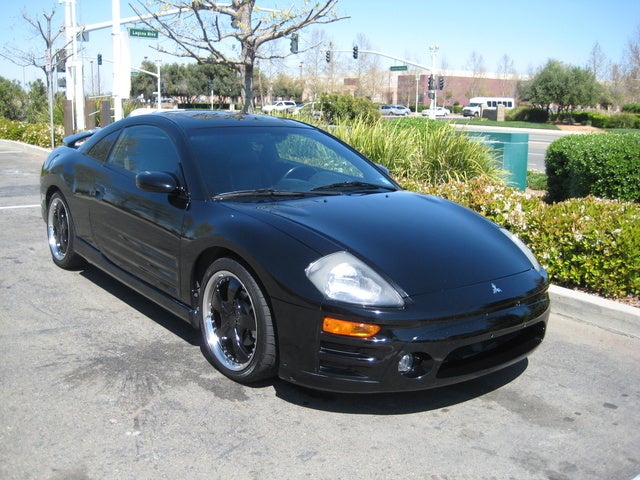 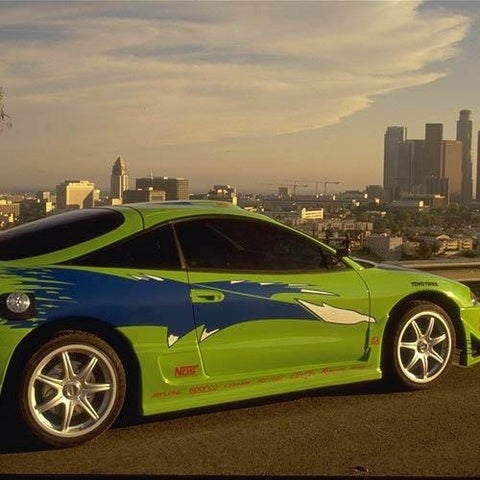 The Mitsubishi Eclipse receives minimal changes for the 2002 model year. Highlights include two new paint colors and a new chrome badge. The coupe had lost two of its best selling points with the 2000 redesign: all-wheel drive and a turbocharged engine. More changes would follow in 2003, as Mitsubishi attempted to relieve the Eclipse of its lackluster image.

There are two separate Eclipse models: the coupe and the Spyder convertible. The coupes come in three styles: base RS, GS and GT. Standard equipment on all models includes alloy wheels, air conditioning, a rear spoiler a CD audio system, and full power accessories. Illuminated vanity mirrors have all been added this year.

The Eclipse has received very positive reviews with regards to styling, fuel economy, and road manners. The most efficient Eclipse earns an EPA rating of 23/30 mpg, but drivers warn the four four-cylinder models are a bit underpowered, even with the manual transmission. The 0 to 60 mph time for the four-cylinder is 9.2 seconds. Eclipse handling is predictable and responsive, according to reviewers.

Owners commented that they would like to see the return of a turbocharged four-cylinder engine and more leg and head room. Drivers generally found the interior to be user-friendly, but plain looks an lower quality materials mar the overall ambiance.

What's your take on the 2002 Mitsubishi Eclipse?

carlover187 This generation eclipse is possibly my favorite. Even though it's not the fastest generation it has enough power at 210hp from the 3.0 V6 and 205 ft pounds of torque. It is definitely the sexiest looking eclipse in my opinion and it has a smooth transmission to mAke the ride as nice as it looks. Now it's no Nissan 360z but it is able to hang with cars such as an Acura cl not the type s, civic si's of certain generations, and even early 2000 mustang V6's. Overall I'd give this generation eclipse an 8.5/10

Andrew if i could get my sisters 02 eclipse to start i could give an honest rating.

Have you driven a 2002 Mitsubishi Eclipse?
Rank This Car

Car Wont Crank Or Start I Already Have New Starter

after i replaced starter i had trouble cranking it i had to wiggle the switch now it wont crank at all is it the new starter?

When I Give It Gas It Stalls

It will move only if I put it in neutral, get the rpms up and put it in gear

Car Died, But Fuel Pump Is Good! Which Relay Is For Pump?!

So I have a 2002 Mitsubishi Eclipse GS, 2.4, 4 cylinder and it recently just shut off. Now before it was an actual fuel pump that went bad, but this time the fuel pump was still good!! I was told ...

Can You Swap The Motor ?

57 views with 1 answer (last answer about a year ago)