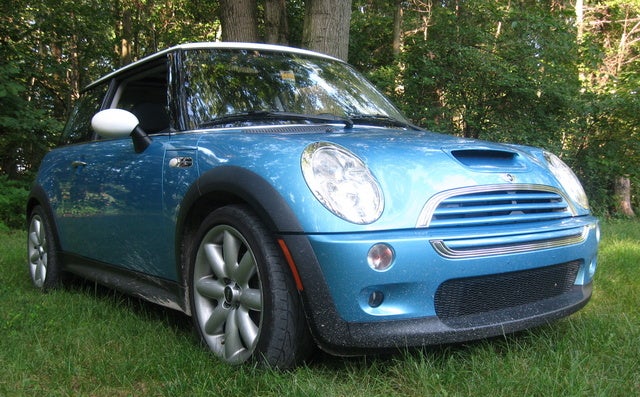 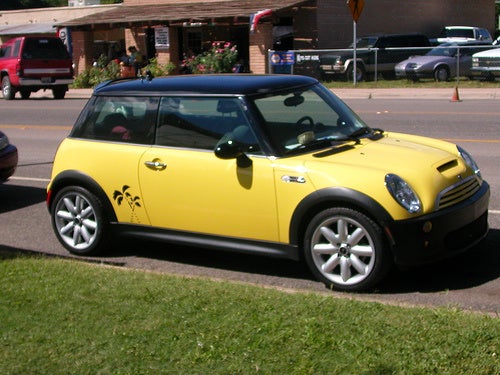 The 2002 MINI Cooper was the right car for the right time. Appearing shortly before the current gas crisis made small cars cool again, the new MINI was surrounded by the same mystique that made Volkswagen's New Beetle so popular. The MINI was a small, peppy, good-looking car in an era of ever-larger SUVs, with a distinctive personality that appealed to drivers on the lookout for something completely different.

A rebirth of a small, fuel-efficient, innovative car that first appeared in the late 1950s in Great Britain, the 2002 MINI retained the same basic looks of its iconic ancestor, with a boxy cabin and the wheels pushed all the way out to the sides to create more interior room, although the new MINI was larger and more powerful than its predecessor. Design elements, such as the taillights, fender, and roofline, all mimic similar elements in the 1960s-era Minis, while interior components such as the center console, instrument panel, switches, and air vents all draw inspiration from the classic Minis.

The 2002 MINI Cooper was a front-wheel-drive, two-door hatchback available in both Base and S trim packages. Power for both was provided by a 1.6-liter inline four-cylinder engine. Horsepower for the Base model was rated at 115, while the supercharged engine in the S version pumped that up to 163 horsepower. The Base version received a five-speed manual transmission, while the S version upped that a notch with a six-speed manual. A continuously variable automatic transmission (also known as a CVT) was optional in the Base model.

The MINI Cooper was well-equipped with such standard features as air conditioning, power windows, power door locks, dual front and side airbags, a CD player, remote keyless entry, and anti-lock brakes. The S version received larger 16-inch tires (as opposed to 15-inch tires in the Base model), as well as a hood scoop and a sport suspension. A sunroof, leather seats, navigation system, and traction control were among the options.

The MINI Cooper's BMW heritage appealed to many drivers, who felt they were getting a BMW-quality car at a cost that was considerably lower than that of a standard BMW model. Some drivers were put off by the MINI's small size, but most drivers found the vehicle to be fun to drive, nimble, reliable, economical, and comfortable, as well as a head-turner on the road.

Have you driven a 2002 MINI Cooper?
Rank This Car

My mini always needs a long crank 4-5 seconds except if the car has been parked for many days. I read somewhere that one or more injectors may be leaking fuel into the cylinder when stopped and floo...

Mini Cooper 2002 - While Driving All The Dash Lights Came On And All The D...

I have a MINI Cooper 2002 CVT and it has very heavy enegagement when I select Drive. It then feels like it is really pulling against the brakes and wants to go. Engagement into R is very smooth. I h...

when car is at idle, cel is on and car starts to sputter. I have changed spark plugs and the sputterring has ended unless car stays at idle too long. any thoughts?

Mini Cooper Lights Flashing While The Car Is Off

A few months back I pulled the key out of my car but the dinging was telling me the lights were still on. I didn't think much about it but a little while later, I washed my car and water had gotten...