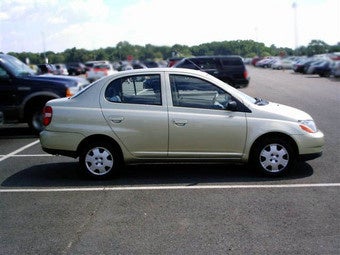 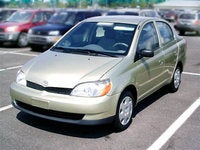 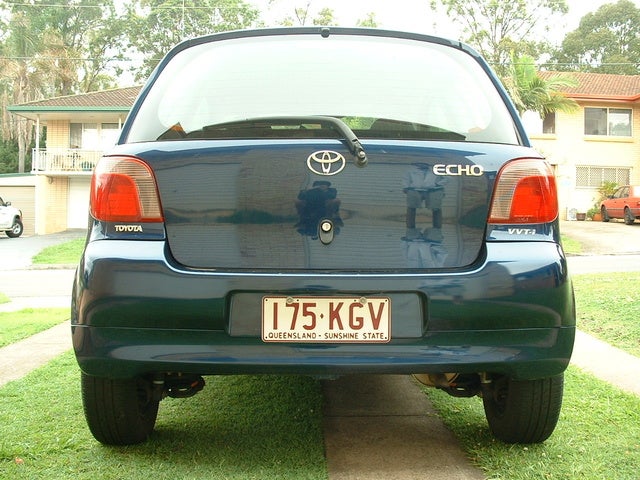 The 2001 Toyota ECHO came in two body styles, a two door and a four door. Both shared a 108-horsepower 1.5-liter engine. It came standard with a five-speed manual transmission, and a four-speed automatic was an available option. Fuel economy was excellent, about 31/38 mpg.

Drivers of the 2001 Toyota ECHO either love it or hate it. The ECHO fans love its reliability, value, gas mileage, and low price. They do not miss the frills and features that might come with a more expensive car, and some even like the way the car looks. The naysayers complain that the interior feels cheap, the car is noisy and unstable at freeway speeds, and that it is hard to find models with a lot of options. Some also claim that the car is very unattractive.

Gregman51 The absolute best car I've ever owned. It's fun to drive it's extremely economical easy to park very comfortable. I absolutely love the center dash . The best car I've ever owned in my life. It has 214,000 almost 215,000 miles on it. I have owned it now for three months as of September 25 . I am on the five speed manual transmission and it has tons of power . The room inside is phenomenal tons of headroom very comfortable and an exceptionally large truck. Some feel it's a funny looking car. But I think it is absolutely a beautiful car I absolutely treasure and adore and cherish my echo . I hope I have it for over 500,000 or more miles Greg

Have you driven a 2001 Toyota ECHO?
Rank This Car

Hi There, I went to put a fuel additive into my tank and when I did the little plastic seal accidentally went into the fuel tank filler hose and created a blockage as it is near impossible to get fu...

Engine light stays on. Was told by Toyota mechanic that all four cylinders were miss-firing and some small gear at the top of engine needed replacing. They quoted $1800 . Is this something I can f...

My 2001 Toyota Echo (180,000 miles) started to sputter and shake when I started it to head home from the grocery store. (It was shortly after I had filled it up with gas in an unfamiliar station wi...

I Need To Replace The Engine. It Is An Automatic Transmission. Do I Need Sa...

I need to replace the engine. It is an automatic transmission. Do I need same year engine? or can I get a newer year engine and even from a manual transmission?? Its a Toyota Echo 2001 automatic.