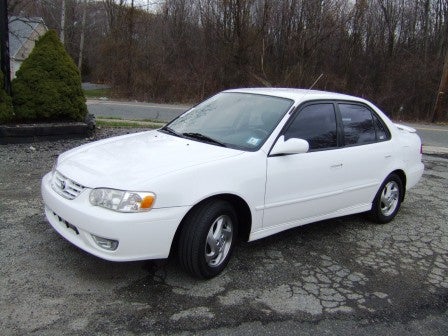 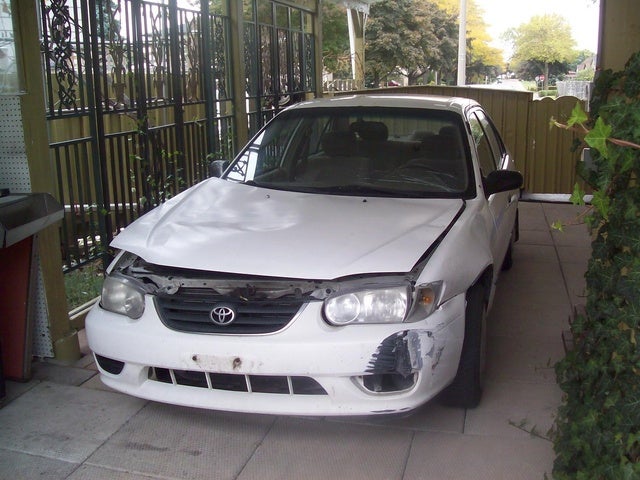 The 2001 Toyota Corolla saw a number of changes, including the discontinuation of the super base-level VE. In its place, Toyota introduced the sporty S model. The body was slightly restyled, with new front and rear ends, including headlights and taillights.

The 2001 Corolla came with an aluminum 1.8-liter four-cylinder engine. Fuel economy was about 31-38 mpg. The new S model came with a number of distinctive features, including unique wheel covers, foglights, intermittent wipers, new upholstery, a tachometer, and a faux leather-wrapped wheel. The CE was demoted to the base level, and the nicely-equipped LE rounded out the lineup.

Those who have purchased the 2001 Toyota Corolla praise it for its reliability and excellent fuel efficiency. Complaints include a too-small interior and not very many features in the lower-level trims.

What's your take on the 2001 Toyota Corolla?

Users ranked 2001 Toyota Corolla against other cars which they drove/owned. Each ranking was based on 9 categories. Here is the summary of top rankings.

Have you driven a 2001 Toyota Corolla?
Rank This Car

WHY DO BRAKE LIGHTS STAY ON WHEN CAR IS OFF

Cranks But No Spark And No Fuel

I woke up to my car cranking but getting no spark no fuel so what's wrong is there a relay that controls both my fuel and Spark because I am completely dumbfounded right now please help. I just re...

I've got a toyota corolla vvti 1.4 that I'm strugling no spark no fuel, swapped out the crank and camshaft sensor but stil nothing checked al the relays . And if i plug my diagnostics machine it sh...

car runs very rough and looses all power at times mainly on hills and inclines...on a pull of any kind wont pull hills...it acts as tho it cant breathe could injectors fuel be a problem or couple of...