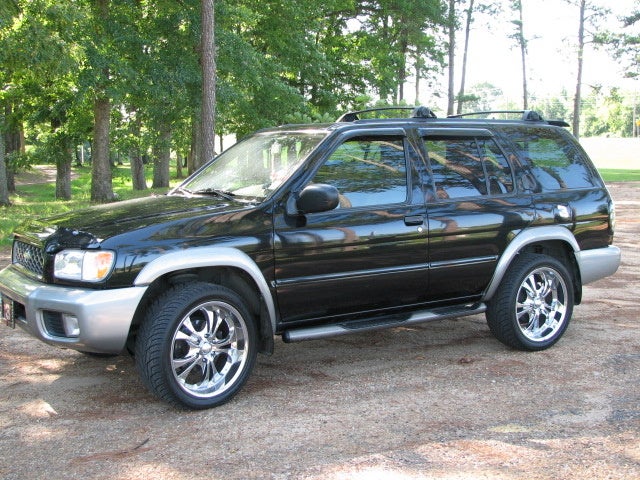 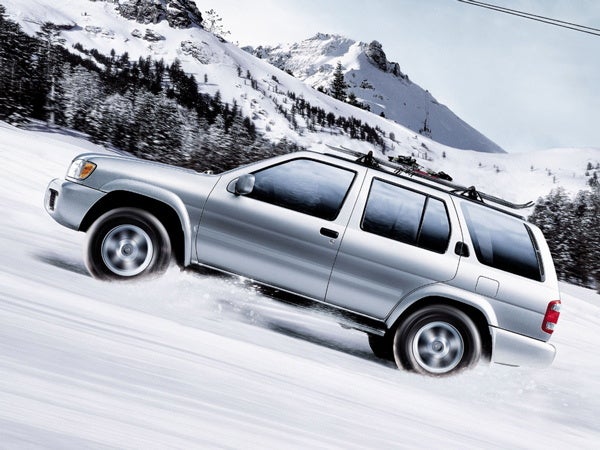 The Pathfinder was one of the first SUVs before SUVs were fashionable, and it enters its 16th year with a much needed power boost to make it the most powerful mid-size SUV in its class. The 2001 Pathfinder ditches the old V6 in favor of a new 3.5-liter V6 that hits 240-hp with the 4-speed auto tran that's standard in the base XE and luxury LE models, or 250-hp with the 5-speed manual, only available in the sporty SE Pathfinder. The new engine is a big hit with drivers, who say the 2001 Pathfinder has finally come into its own, combining car-like handling, with the rugged power and cargo capability of an SUV.

All models have the option of rear-wheel drive or part-time 4WD. New this year is an optional All-Mode 4WD for the LE, straight out of the Infiniti QX4. The driver can select from four settings -- 2WD, automatic 4WD, 4WD-Hi, and 4WD-Lo. Drivers say the performance is amazing and can adapt easily to any road conditions. There is a limited slip differential option offered on the SE and LE. The 2001 Pathfinder updates its interior as well, getting a new instrument panel and adding more features to the base XE, which now has power windows, locks, and heated mirrors, and keyless entry. All Pathfinders come with ABS brakes and dual front-side airbags, with optional side airbags available on the LE and SE. Finally, there are some new options that help beef up the outstanding features on the new Pathfinder, including a navigation system and a DVD player.

With the 60/40 split-fold seats down, the five-seater Pathfinder holds up to 85 cubic feet of cargo. The rear window opens separately from the tailgate, and the cargo area comes standard with a net and cover for extra convenience. By far the favorite aspect of the 2001 Pathfinder for drivers is the new engine and 4WD option. But they also like all the equipment upgrades and comment on how smooth and comfortable the ride is. Drawbacks include a small backseat, early failure of the standard CD system, and the lousy fuel economy (around 15/19 mpg). The fact that the new Pathfinder only takes premium gas makes it a costlier SUV than in previous years.

What's your take on the 2001 Nissan Pathfinder?

Have you driven a 2001 Nissan Pathfinder?
Rank This Car

My Heater Just Stopped On My 2001 Nissan Pathfinder

I have a charged battery and referbished alternator was just put on. Now there's no power, the dash lights wouldnt even come on. What could this be?

URGENT !Please tell me to how to stop the panic alarm in 2001 Nissan Pathfinder. As long as the car is running, the alarm will stay off. But if I stop it and open the door, the alarm will go off. The...

Turn The Key Everything Come On But Want Crank..I Just Put In A New Battery...