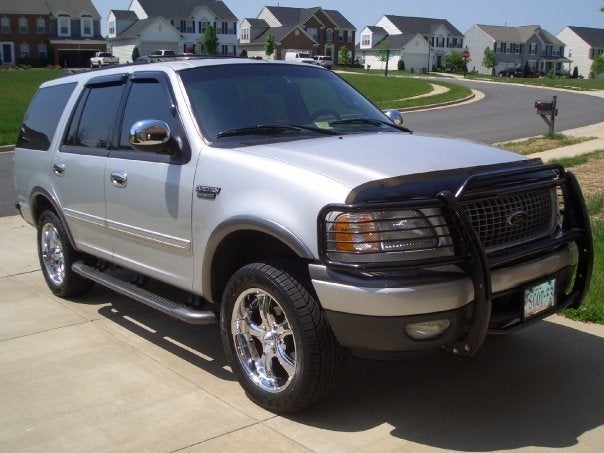 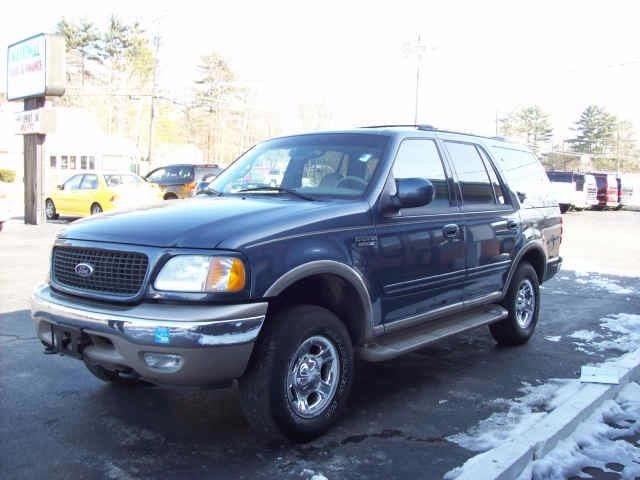 The 2001 Ford Expedition continued to attract buyers looking for size, power, and comfort. Distinguishing itself from other full-size SUVs in the market for its relative agility, its luxury-car styling, and its focus on safety, the 2001 Expedition sold faster than Ford could send them off the line.

With 110 cubic feet of cargo volume and 8,000 pounds of towing power, the Expedition had the rugged strength to be a workhorse; most of its sales, though, were as family transportation. The 2001 Ford Expedition was offered in two trim lines, XLT and Eddie Bauer. Both were available with four-wheel drive, although it's hard to imagine a 17-foot Expedition going off-road.

Inside the cabin, comfort was king. Seats were designed ergonomically, and options like captain's-chair front seats (standard on the Eddie Bauer models) and second-row bucket seats made for a relaxing ride. Separate heating and cooling for front and rear added to the feeling of being pampered. A rear entertainment system was available as an option for parents who wanted the relaxation of knowing that their kids were safely absorbed in a DVD.

Ford also provided the 2001 Expedition with some innovative safety features as standards and options. The Reverse Sensing System is a radar-based warning that alerts drivers when they're in danger of backing into something; 4WD models come equipped with Control Trac, which enables drivers to switch between automatic, high, and low drive levels; and big mirrors with heat and indicator options give drivers better ability to see around the Expedition's 17-foot body.

What's your take on the 2001 Ford Expedition?

Have you driven a 2001 Ford Expedition?
Rank This Car

front air not working. I can feel distinct cold or hot when adjusting temp but no air will blow. Rear air works good no problem there. Could it be a fuse?

My expedition won't start I replaced the ignition switch still nothing at the key end but at the starter silanoid on the fire wall the motor turns over with a screw driver but still won't start ...

Swapping Engines And Trans, From 2004 Into 2001 Expeditions.

How Do I Reset The Codes 2001 Eddie Bauer Expediton

Replaced the o2 sensor started the rig and put it on the code reader. Still says o2 sensor bank 1 sensor 2. Any suggestions

Why My Ford Expedition Wont Start?

Why my ford expedition wont crank or fire up? I bought new starter and battery.