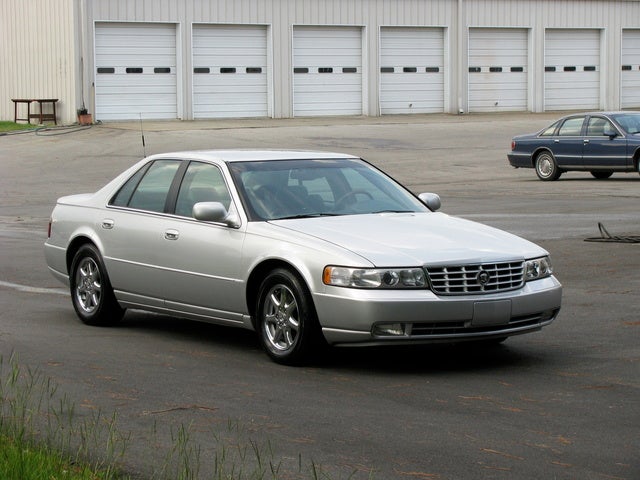 Have you driven a 2000 Cadillac Seville?
Rank This Car

This car is amazing!! It is really a driver oriented car. It has everything!! It has heated memory seats, "Rain Sense" windshield wipers, an electronic compass, heated outside mirrors, and even a butt... Read More

Looks great its the car Im looking for thanks Read More

I feel like I'm in my own private world when I step in. After a long day at work, what a pleasant drive home. Stereo quality excellent. No road noise, bun-warmers when it's cold outside. I feel welc... Read More

It's A Wonderful Car To Have And Drive By charleslaw

What I like about my Seville is that even though she is 12 years old she is still an eye grabber by other drivers. She handles very well, a very quite ride when driving on long trips. My partner loves... Read More

2001 Seville Sts With A Bit Of Work By Dominick

Not Meant For Me By Seefer

Had to admit it that this car wasn´t for me, it gots 20 inches rims, wood, sunroof, air, all but no a insurance that it will last, got screwed in the transmision and it wasn´t cheap, also it came it a... Read More

This car always runs well. The Northstar is a great engine!! Power everything, including auto sensor wipers, and much more. Great styling and quality. I have owneg Mercedes and B.M.W.s this great car ... Read More

Looking for a Used Seville in your area?

Have you driven a 2000 Cadillac Seville?
Rank Your Car →