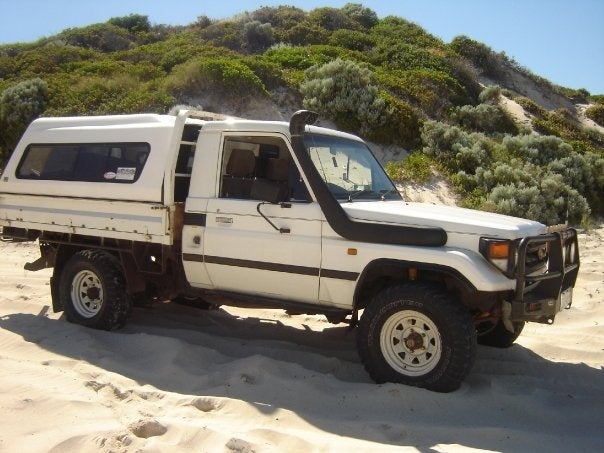 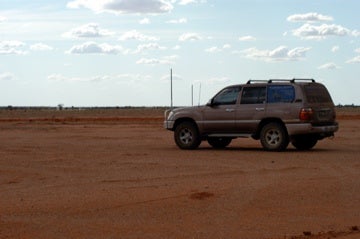 The 1999 Toyota Land Cruiser didn't change much from the previous year, when it was completely redesigned. The only significant addition was independently controlled rear temperature control, available only with the optional third-row seat.

The 1999 Toyota Land Cruiser came in one, well-equipped trim level. The engine was a 4.7-liter 230 horsepower V8. The only available transmission was a four-speed automatic, and the four-wheel-drive was permanently engaged. The '99 Land Cruiser seated five, but with the optional third row could seat up to eight. Fuel economy was about 14/16 mpg.

Drivers love the 1999 Toyota Land Cruiser for its versatility and performance. It can be used as a family car, as a tow truck, as an off-roading vehicle, and as a pickup truck. It handles well for its size, and performs well in the snow. Owners also find them to be extremely reliable when well cared-for. Drivers do complain about how expensive they are to buy and refuel, and say the brakes and tires tend to wear out quickly because of the weight of the car.

What's your take on the 1999 Toyota Land Cruiser?

Have you driven a 1999 Toyota Land Cruiser?
Rank This Car

My Land Cruiser Vxr Limited V8 I Have Towed A Toyota Hyace And After That I...

Where Is Location Of Blower Motor In 1999 Land Cruiser

I look in few web sites and they rate the original tire(275/70r16 Dunlop Grandtrek Tg35) very low I would like to know if the are anyother tire better that thisone. Thanks