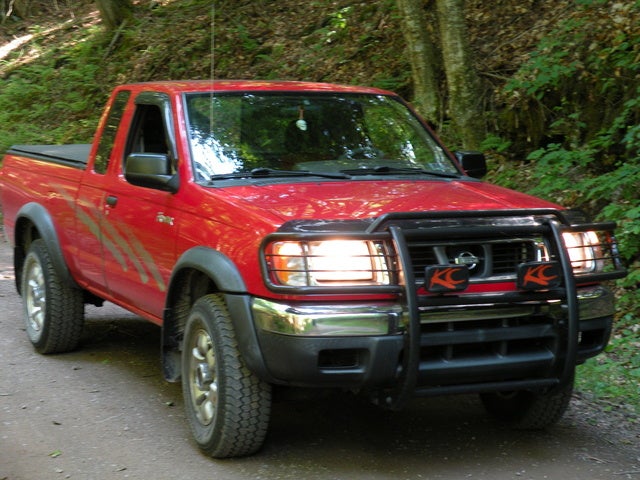 The Nissan Frontier was introduced in 1998, but it was actually a continuation of the auto maker's previous compact truck, which was simply referred to as the Nissan Hardbody Truck. This generation marked the first redesign for the truck in more than ten years. The Frontier was bigger and more powerful than its predecessor, and includes more amenities. It still retains its workhorse abilities, however, with 4WD and competitive towing capacity.
The 1998 Frontier comes in three trims: the base model, the midrange XE, and the fully loaded SE. The three trims came in a variety of body styles, including an extended cab, a short bed, 4WH, and a regular cab. All Frontiers shared a 2.4-liter, 143-horsepower four-cylinder engine that gets about 20/24 mpg in the standard cab and 18/21 for the extended cab.
While the 1998 Nissan Frontier didn't earn a lot of rabid fans, most drivers found it to be reliable, easy to drive, and nice-enough looking. Some complain that the ride can be very bumpy.

What's your take on the 1998 Nissan Frontier?

Have you driven a 1998 Nissan Frontier?
Rank This Car

Can You Push Start A 1998 Nissan Frontier?

Of course it is manual transmission, and it is assumed that you can push start for that reason, right? My father(it is his truck) is worried because he has been advised that there is a certain year/...

Battery is good but no power to anything. No light no stsrt nothing??

Brake Lights Will Not Go Off On My 1998 Nissan Frontier What Do I Do?

207 views with 4 answers (last answer about a year ago)