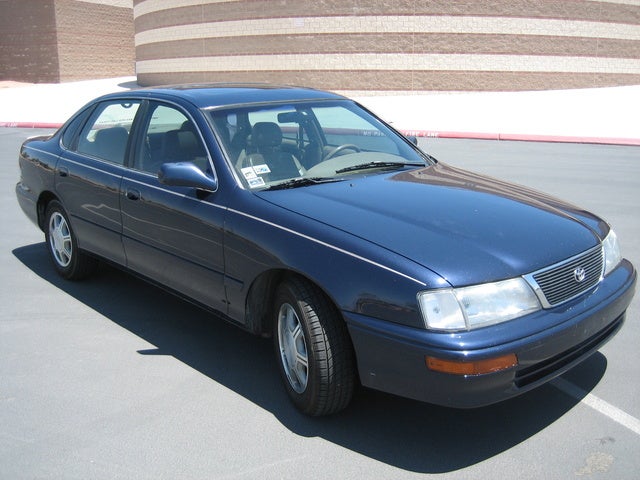 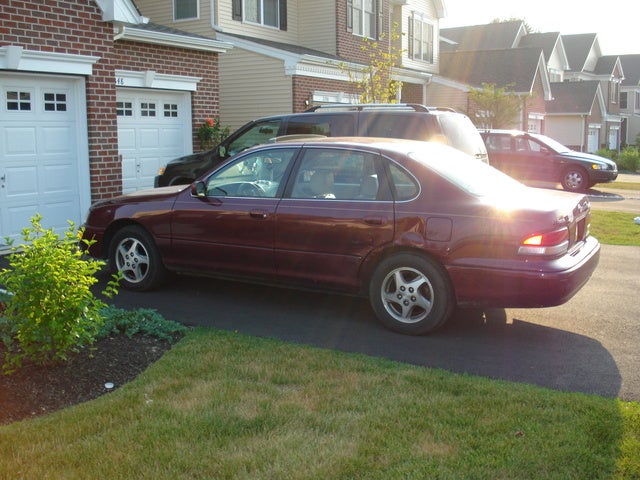 The 1997 Toyota Avalon saw a few changes from the previous year. The engine got a small boost in power, and the antenna went from a typical antenna to an in-glass one. Some more options were offered with the higher-end trim, including heated side mirrors.

The 1997 Toyota Avalon comes in two trim levels, the XL and the more luxurious XLS. Both trims come standard with a 3.0-liter, 200 horsepower V6 engine. The XL is nicely equipped, including an AM/FM/cassette sound system and cruise control. The XLS includes a few more niceties, like an upgraded sound system, alloy wheels, and a theft-deterrent system. The XLS also comes with option of front bucket seats or a three-passenger bench seat. Fuel efficiency is 21/31 mpg.

Drivers like the 1997 Toyota Avalon because it looks and feels expensive, with many owners comparing it to a Lexus. It also offers a very smooth ride and good handling. Drivers complain about a lot of wind noise, and the new radio antenna does not pick up a signal as well as it should. Other owners wish for a folding rear seat.

Even though the XL doesn't have the better sound system and the security system its still and extremely nice car.

Guru86FX8 It's the most reliable car I have ever owned. 346,400 miles on the original engine and transmission and I would take it across country without hesitating. The only problem I have had with it is the heater. It has an automatic adjustment where you set the temperature you want and the heater does everything else. The fan relay went south so I only the maximum (no resistor) fan speed works. That relay is impossible to reach without disassembling the entire dash. I'm not ready to do that.

Have you driven a 1997 Toyota Avalon?
Rank This Car

Have A 1999 Toyota Avalon With A Evap Vent Control Problem

Where Is The Fuse For The Electric Windows On A 97 Avalon?

I may be fighting two problems. I think I may have a bad master switch, but right now none of the windows will move even using their own switches. I've looked in the 3 fuse boxes I can locate, 1 to...

O/D LIGHT IS OFF

295 views with 2 answers (last answer about a year ago)