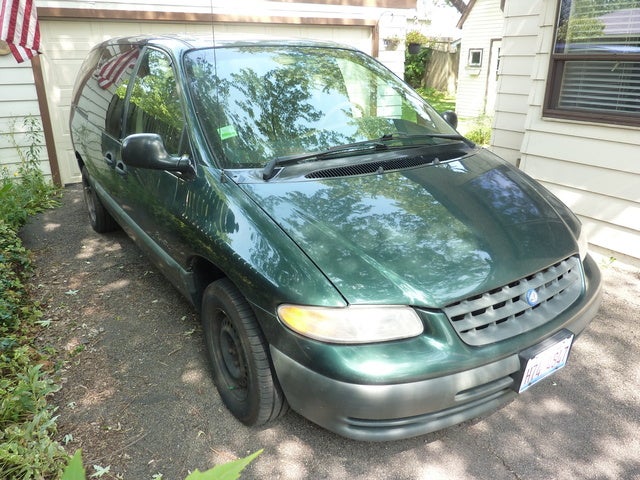 Have you driven a 1997 Plymouth Grand Voyager?
Rank This Car

For as old as the card is, it is running very well. Forgot this year still had tape decks as a top option lol Read More

We love the look of this van. The two sliding doors are great for getting the kids in and out. Bucket seats in the middle row make getting in the third seat easier, especially with 3 carseats! Road... Read More

This was one of the highest selling mini vans of its day. I really enjoyed how it rode, driving it is another story. Slightly underpowered, and VERY heavy. Although surprisingly good in snow/ice condi... Read More

A Great Value By usartwag

The Best Family Car By Milad123

I Like this car because its a family Car If we go on a trip with your Family you can go with 10 people to 12 people. so thats why i like this car i dont think its bad. i like this car/van alot... Read More

Minivans Are Roomy By Sheri

I love my van because it has plenty of room ( kids need it), gets great gas mileage, and easy to drive. I sue to hate the idea of buying a minivan, but once I had my two monsters, we needed the room f... Read More

Basically the same minivan with a smaler engine (3.0 vs 3.3.) seems starting having engine issues sooner and much more frequent than my 1994 that is still going at 190,000mi. I like minivans but they... Read More

A Reasonable Workhorse But Don't Plan Long Term Ownership. I Still See Them On The Road, Though. By Christian

At the time, this van was the best driving all wheel drive available. It was much more refined that the offerings from Ford or Chevy, or, for that matter, Toyota. Quality was so-so, and it needed on... Read More

Looking for a Used Grand Voyager in your area?

CarGurus has 5 nationwide Grand Voyager listings and the tools to find you a great deal.

Have you driven a 1997 Plymouth Grand Voyager?
Rank Your Car →