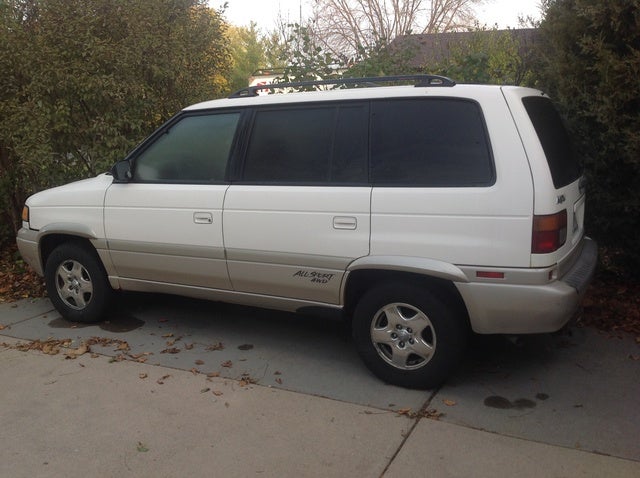 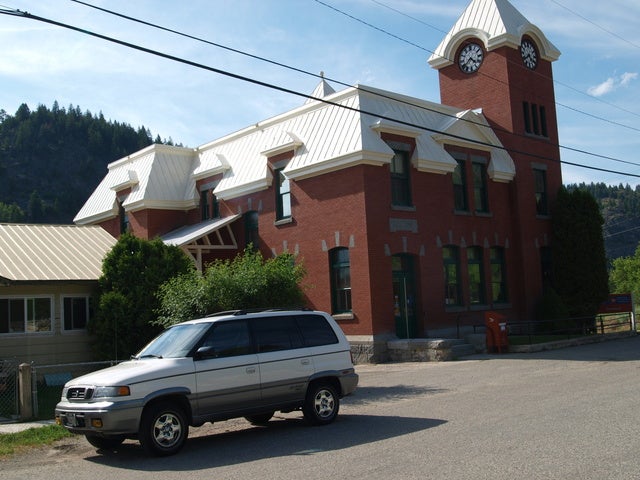 The four-door Mazda MPV minivan received a sporty exterior update in 1997. Most versions of the MPV came with a All-Sport exterior trim package, which included a sportier grille, wheel openings, and rear bumper, as well as a roof rack, alloy wheels, and two-tone exterior paint. Mazda also narrowed the MPV lineup for 1997, offering the minivan in only four versions -- an LX version in two-wheel or four-wheel drive, and a higher-end ES version with two-wheel or four-wheel drive. All models came with four-wheel anti-lock brakes, also a new addition for 1997.
Across the line, power was provided by a 3.0-liter V6 engine that produced 155 horsepower. A four-speed automatic was the only transmission available.
Standard features for the MPV LX included power windows, dual airbags, cruise control, fog lights, power door locks, power exterior mirrors, and an AM/FM/cassette radio. The ES version added leather captain's chairs, a leather-wrapped steering wheel, a rear heater, and a self-leveling system, among other features.
Overall, drivers found the Mazda MPV to be roomy, functional, and versatile. The four hinged doors, as opposed to the rear sliding doors found on many minivans, were a positive point with some drivers. As far as build quality was concerned, drivers were mixed in their opinions, with some reporting few problems with their vehicles and others reporting having frequent problems requiring repairs.

Have you driven a 1997 Mazda MPV?
Rank This Car

Reviews say that the cheap chips don't work. No one that I've talk to yet seems to have any relatively inexpensive way to make this thing go faster. Can I put a more powerful used engine in it, if so,...

363 views with 4 answers (last answer about a year ago)

I have my dash apart replacing the stereo and I found a filter behind the glove box. I'm assuming it's an air filter. It falls apart to the touch. I can't find any information on it, so here i am. It ...

ALMOST 2K MILES WHEN SOLD TO ME 3 MONTHS AGO. 1ST THE GAS HAND IS OFF. READS MORE THAN WHAT'S ACTUALLY IN THE TANK;I HAVE TO HOLD THE GAS PUMP ENTIRE TIME WHILE PUMPING;LEVELER & CHECK ENGINE LIG...