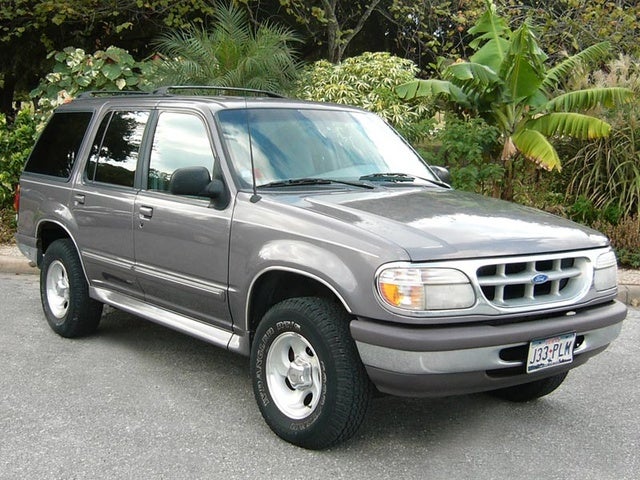 Average user score
4 ⁄ 5 stars
Based on 39 reviews
Love Our Explorer! It's The Best!!! by StarCruiser — [Original Review: 01/17/09] This is my wife's vehicle. It has 245,000 miles and just keeps on going. Very dependable. She is the original owner and has had no trouble with it. She purchased the e... Read more
Osu Party Bus! by Andrew — It is 10 years old, but It still looks and runs great! Has a power glass sliding sun/moon roof, running boards, pioneer CD AM/FM radio, Ipod hook-up, power everything, remote start ( Coming soon), AWD... Read more
I Love My Sandy, Shes Perfect For Me! by Brittany — at first i hated the rare blue interior but now its kind of cool. no one has a truck like mine. there are two small rust spot that i plan on patching up. rust is so hideous! ugh. The gas isnt too bad ... Read more 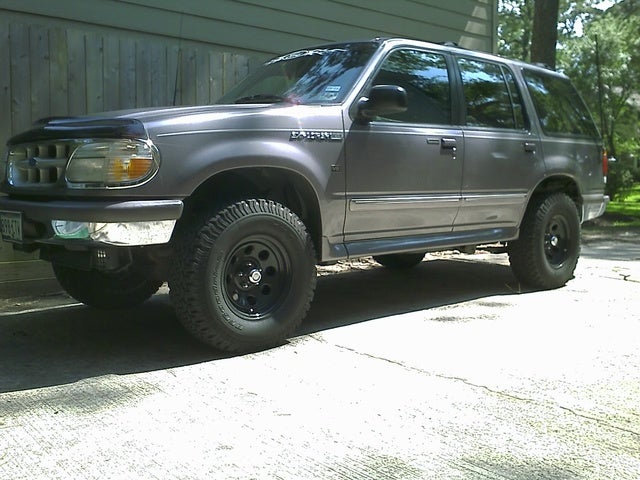 New options on the 1997 Ford Explorer offered buyers of America's most popular SUV more choices under the hood. In addition to the 4.9 liter, 210-horsepower V-8 engine introduced in 1996, the '97 Explorer also came off the line with an optional single overhead cam 4.0 liter V-6 which delivered 205 horsepower.

Agility was also a selling point for the '97 Ford Explorer: real all-wheel drive was available for the first time on the Eddie Bauer and Limited trims. In addition to those higher-end trim selections, the 1997 Explorer was offered in Sport, XL, and XLT trims, with a choice of two-door and four-door body styles.

Fuel efficiency wasn't bad by sport-utility vehicle standards: 14 to 18 mpg city, 17 to 23 mpg highway, depending on model, engine, and bodystyle, were the EPA's estimates. The Ford Explorer continued to outsell other vehicles in its class because of its affordability, durability, and superior cargo capacity.

Some drivers love this workhorse for toting the family around; others like to take the four-wheel drive or all-wheel drive versions on off-road adventures. Either way, the 1997 Ford Explorer has lasting appeal.

Carole May 2013 I have my husbands 97 Ford Explorer V8. I have put money into it and now I am told it needs spark plug wires and something about a manifold burning or leaking air. What to do. Body in great shape. over 178,000 miles.

Have you driven a 1997 Ford Explorer?
Rank This Car

The drivetrain on my SUV rusted out.. They told me thatvit woukd be easier to get it refurbished, rather than buying a new one. I usually drive in the city, and usually < 500 miles a month, I dont ...

305 views with 2 answers (last answer about a week ago)

What Engines Are Interchangeable

I have a 97 5.0 with the 8 letter p what other year can I swap cars with or other cars I can Install the 5.0 into 8 would Like to install it into 88 cultles surprem if possible Or 87 regal

1997 Ford Explorer Does It Have Transceiver

vehicle is 1997 ford explorer xlt awd 5 liter. VIN FMDU35P7VUA98906. Is this car supposed to have a transceiver (sometimes called ignition interruptor) mounted on ignition switch? If so, what is par...