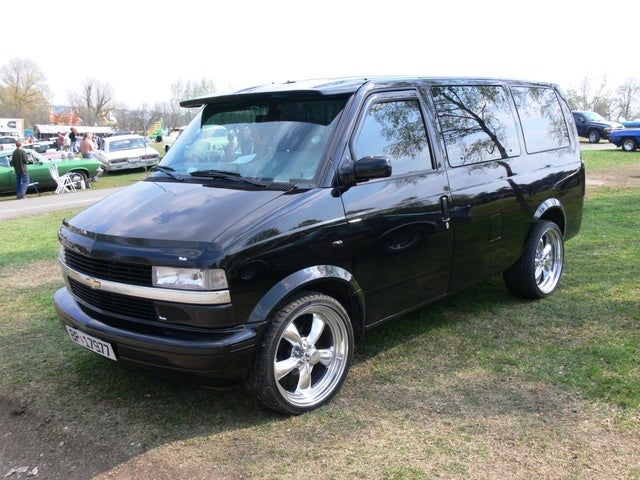 Have you driven a 1997 Chevrolet Astro?
Rank This Car

Im not sure what their like I just know I trust Chevy and I would like to have a van for myself. So I kinda threw a name out there. Read More

Bring Back The Asto By Bob

I have owned 6 Astro's the last being a 2005. I have used thm as my work vehicle with all of them going wll over 200,000 mile and never had a engine or transmission problem. Did experience rear end ... Read More

The Astro Van is comfortable, versatile, and the engine is a warhorse. Last one I had got me 350,000 miles on the original engine. Stupidly, I gave it up. Now I am haunted by my mistake. They dont... Read More

all wheel drive good load capacity will drive threw anything looks good in and out Performance is ok low maintenance fun to drive and always feel safe when driving bit of a gas pig I need 6 mor... Read More

Vehicle was in need of urgent repair to replace all four shocks. Claim of working AC was not true. Cracked windshield not disclosed. Still, the vehicle has good potential and was a decent deal. Read More

The van itself is good. Just watch not to pay to much for a old van. Read More

If They Were Still Making These Van's I Would Buy Another One. By tinkerbellpixi

I Do Really Love The Size, Driver's Height, And Usefulness Of Theastro By PAPERNPASTE

Trouble free for the first 97k miles. Then, I had my share of repairs but, it is in good-excellent condition now. New "long block" V6 and trans rebuilt within last two years. All-in-all, it has served... Read More

Performance good for the size Very nice from from inside & outside spear parts not that expensive ABS stable car not too fast but it is ok because it is heavy wight the car not costly it takes 20 lit... Read More 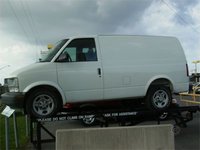 Have you driven a 1997 Chevrolet Astro?
Rank Your Car →