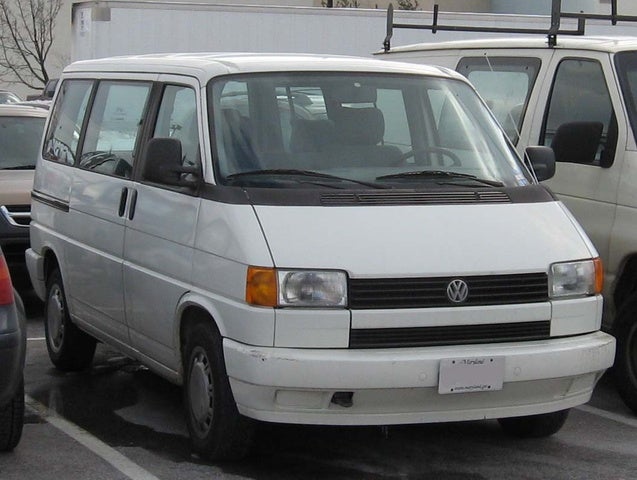 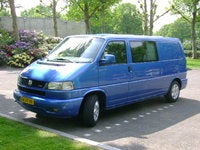 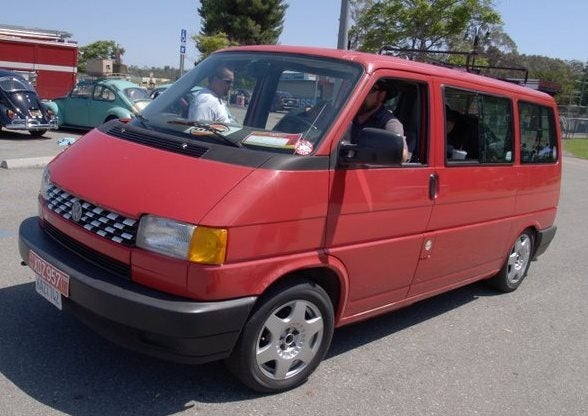 For its first year in production, the front-engined EuroVan, designed to be a replacement for the rear-engined Vanagon, was powered by a 109-horsepower, 2.5-liter five-cylinder engine. A five-speed manual transmission was standard, while a four-speed automatic was optional.

The EuroVan was available in three trim packages. The base model EuroVan CL was equipped with bucket seats, power brakes, power steering, and a rear window defroster. The GL version added air conditioning, power heated mirrors, and a cassette player. The MV version came with swiveling bucket seats, a swing-up table, and rear seats that folded into a bed. All provided seating for seven passengers.

In its early years, the EuroVan was criticized by drivers for being underpowered. Overall, drivers were impressed with the EuroVan, citing its handling, roominess, gas mileage, and practicality as positive points.

What's your take on the 1993 Volkswagen EuroVan?

Have you driven a 1993 Volkswagen EuroVan?
Rank This Car

Have to rebuild/replace it, so what can I drop in painlessly?

How Do You Change The Aux Battery In A 93 VW Eurovan?

I have a '93 VW Eurovan that has started occasionally started sputtering at higher RPMs. It will typically start when I'm in 5th gear going down the interstate, and will continue at higher RPM's in ...

No check engine light at start up

Thermostat Where Is It?

I have an issue with a what I believe is a non functioning thermostat. The only problem is that there is no clear spot as to where it is located. I haven't found a single picture or description on-l...