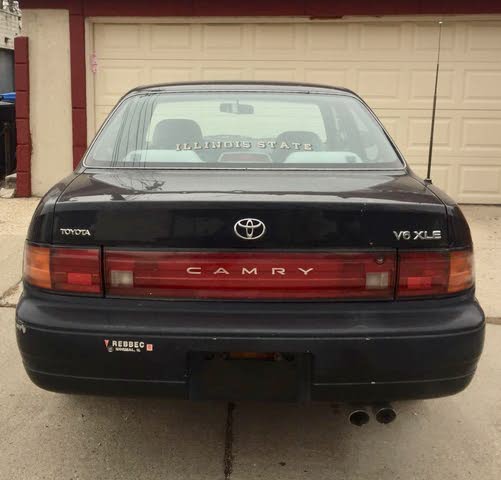 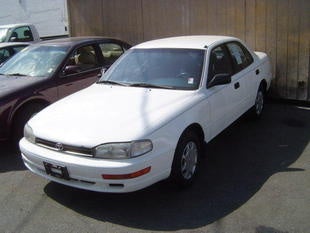 The 1993 Camry underwent few changes, since it had been completely redesigned the year before. The gearbox on the manual transmission received a few tweaks to make it run better, and the body trim on the DX models was made to match the exterior of the car. The Camry got about 20-30 miles per gallon for fuel economy, depending on the engine.

Drivers speak highly of the longevity and low maintenance required by 1993 Toyota Camrys, and many are still on the road.

Boytjie it must be a manual gearbox.

Users ranked 1993 Toyota Camry against other cars which they drove/owned. Each ranking was based on 9 categories. Here is the summary of top rankings.

Have you driven a 1993 Toyota Camry?
Rank This Car

Fuel Coming Out Of Exhaust Pipe

I have 1993 Toyota Camry vientta v6,when I start it up it idles rough,when I rev it large amounts of fuel come out exhaust pipe

On my 93 Camry 4 banger, the engine has serious misfire at idle. In drive the miss gets worse. Move the tach from idle to 700 rpm the miss is gone. I can still feel a misfire but very little. As ...

New Lines And Pads, No Pressure.

I have replaced all brake lines and checked for leaks, but I still have no brake pedal pressure and no stopping power at all. I have checked every Tire to make sure it is receiving brake fluid, but...

I just bought my car & im starti g to think i got f#×k. When i first start to drive it sputters and feels like its going to die i press on the gas and keep it up till it seems to run its course...

What’s Wrong With My Car?

My car will drive for a certain amount of time then it will cut off and be hard to turn the steering wheel. What’s wrong with my car.