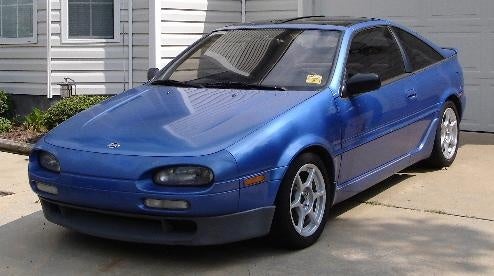 Have you driven a 1993 Nissan NX?
Rank This Car

Good car less mileage but discontinued for parts if any replacements. Worthless car to be at high price. Read More

Love the gas mileage!!! Fun to drive daily. Does get old not having much power, but can also be fun because you can push it all the way to its limit with ease. Maintanence so far seems almost non exis... Read More

Meanest Little Egg Around By NX2k

This is my first car, just happened that there was one for sale right across the road from me. It's the first one I'd ever seen and I just had to have it. I am SO glad I picked this little car up. Con... Read More

Small but yet strong...... the hatchback is so roomy... i can fit all of my groceries and then some with junk i have laying around.... i live in the city so parking is a breeze for me..... although t... Read More