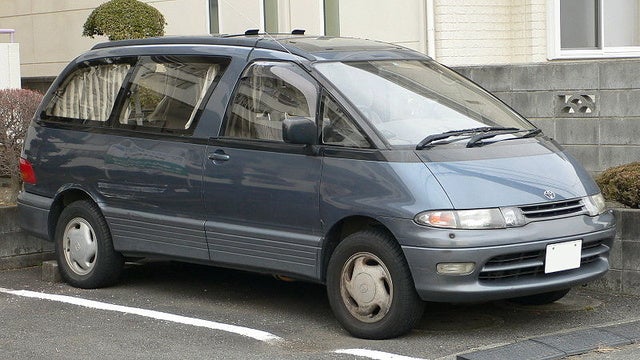 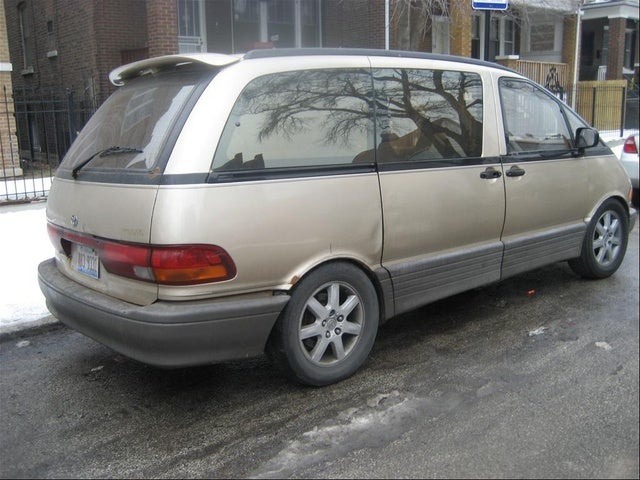 The 1992 Toyota Previa got a number of safety upgrades for the model year, including a driver-side airbag, a center-mounted brake light, and optional anti-lock brakes on the DLX model. These changes made the Previa the first minivan to meet all passenger-car safety requirements.

The 1992 Toyota Previa sat seven people and came in two trims, the base DLX and the well-equipped LE. Both trims came with rear-wheel drive or AllTrac, Toyotaâ€™s four-wheel drive system. The only available engine was a 2.8-liter, 138 horsepower four-cylinder. Fuel economy was about 19/22 mpg.

Despite its unusual shape, the 1992 Previa had a loyal legion of fans, many of whom are still driving their Previas today. Drivers love its car-like handling, reliability, generous amount of legroom and cargo space, and futuristic wrap-around dashboard. Owners do caution that because the engine is under the front seats, if it needs work it will be expensive.

ZZZRSC Low fuel economy, low power, high price. Too much glass, they were solar ovens. They had a nice body style, but the drivetrain engineering left a lot to be desired.

Have you driven a 1992 Toyota Previa?
Rank This Car

Why Won't My 92' Previa Start Sometimes?

I've had my 92' Previa since 93'. Recently, it has developed a starting issue. It seems to happen after I've been driving it for several hours and when I stop to get gas or some other brief errand, ...

I have a toyota previa and when I try to start it it just makes a clicking sound. The starter is new and so is the battery. What could be the problem?

how many watt bulbs are main headlights

My front blower works only at times. Sometimes when I move the blower switch, it does not blow at all. At other times it will blow nicde hot air but eventually it slows and then stops. I assume the bl...

92 Previa Won't Acelerate Past 40mph Seems Like Not Getting Fuel