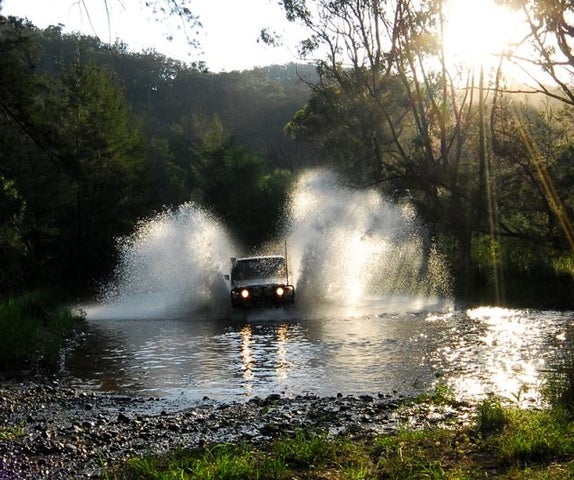 Average user score
4.3 ⁄ 5 stars
Based on 4 reviews
Best Beach Fishing Vehicle I Have Owned. by Dinosaurjoe1972 — Best beach vehicle on the market. Holds all of my fishing gear and my two boys and I can sleep in it. Overall best beach vehicle I have owned. Quality of the car is outstanding from seating material t... Read more
Landcriusr by Adam — I truck is reliable does 750kms on 75litres. Good all round vechicles goes anywhere, Has a 3.5litre 5 cynclinder in it very rear to find these in this model Read more
My Ute by David 'Bellie' — I could have asked for a better 4wd to start with. Built strong and took anything i threw at it in its stride. Easy to get parts for and fix yourself. Perfect for carring loads and towing with pitt... Read more

The 1992 Land Cruiser saw very few changes, but power mirrors, locks, and windows were made standard, indicating the Land Cruiser's emergence as a higher-end vehicle.

The 1992 Land Cruiser came in one trim level, a four-wheel-drive four-door SUV. The engine was a 4.0-liter, 155 horsepower six-cylinder. The only available transmission was a four-speed automatic. Fuel economy was pretty poor, at 12/14 mpg.

By 1992, the Land Cruiser was becoming increasingly popular as a family car. Drivers of the 1992 Land Cruiser praise its ability to carry furniture, the groceries, a load of bikes, or half the soccer team. They also appreciate the car's unwavering reliability. However, many find the engine to be underpowered, and the gas mileage is terrible. They can also be quite expensive to fix.

What's your take on the 1992 Toyota Land Cruiser?

Have you driven a 1992 Toyota Land Cruiser?
Rank This Car

What Is The Absolute Biggest, Chunkiest Tire You Can Put On A 92 Cruiser? I...

530 views with 4 answers (last answer about a year ago)

When we are towing a caravan and the outside temperature goes over 35 degrees our radiator starts to put radiator fluid in the overflow and will not put it back into the radiator, so if we have to...