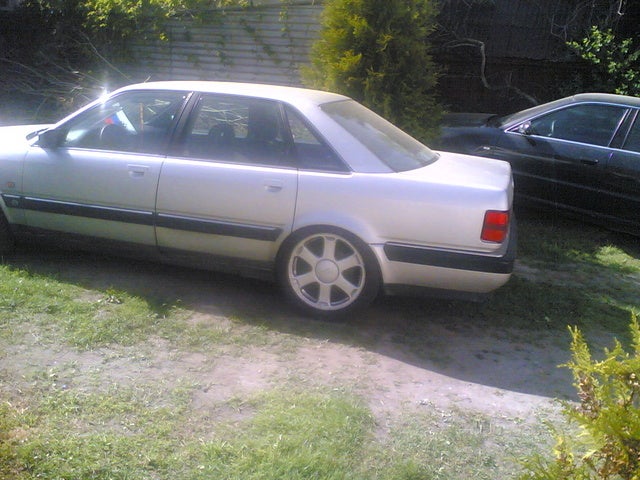 i dis like nothing about my a u d i . acceralation is clasic . It's ripar is very costly. i am fond of it .It is super sexy . it has every thing automatic .It has comfortable seats. It's mileage is ... Read More

Great car to drive. luxury car that is cheap to buy but maybe a bit expensive to own Read More

very good car for driving my only disappointments were the 130 mph governor and the automatic transmission best car for slick conditions I've ever seen in my life wish I still had it though I'd ... Read More

I Dont Know Why I Brought This, Made Me Like Quattros Though By Merc

Had a lot of money at the time being a contractor so decided owning 3 cars was a good idea, I would just get in the one with the most fuel, this was a rare car designed for racing but they had to sell... Read More

A Great German Sedan With All You Buy A German Luxury Car For. By JWBrothers

Though a high performance car in 1990, it would be considered average today. Like other German cars, it really comes alive above 4,500 RPM, It is extremely well made and one of the most comfortable ... Read More

We had 100,000 miles of happy motoring in this old beast, but now, it's time has passed. Next stop for this 13mpg monster is the shredder. It was a great cruiser, but fun to drive fast in too. Scar... Read More