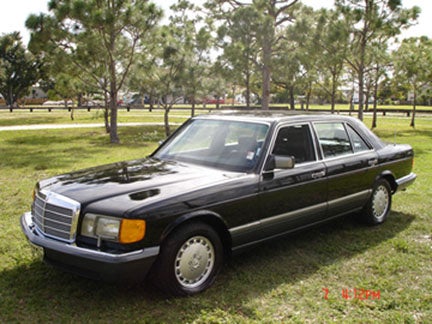 A Head Turner By arunr76

The car was so beautiful to look at. 5.6 litres, lot of power but a gas guzler by todays standard. it runs beautiful. I got tired of hassle of changing the top and lack of power seat which was not eve... Read More

A Solid Classic. By autofiend

The mighty 560SEL was the safest car on the road when released, but also came with a powerful 5.6L V8. Driving a MB of this size and class is a unique experience - nothing quite comes close to it's se... Read More

The Mercedes Benz 560-class include some of the finest cars in the world. Read More

The outside looks great, awaiting pictures of the interior as a seat neeeded mending. Wish it had Service copies. Only a two-owner car thought they would be the one to keep all service records. My 89... Read More

The Best Engineerd And Luxurious Sedan Of Its Generation. By jaimebec

I like the more aggressive stand than the stock Saloon, and the engine is very strong making the vehicle look and handle more like a muscle car. The all around tinted windows and high polished aluminu... Read More

Luxury Without Compromise. By sublimemangosteen

Love this car but need something a bit smaller and more economical for our teen driver. Comfortable ride yet only seats four people and we are a family of five. Huge trunk space and the sunroof in t... Read More 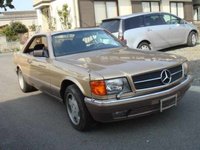 Looking for a Used 560-Class in your area?

CarGurus has 32 nationwide 560-Class listings and the tools to find you a great deal.