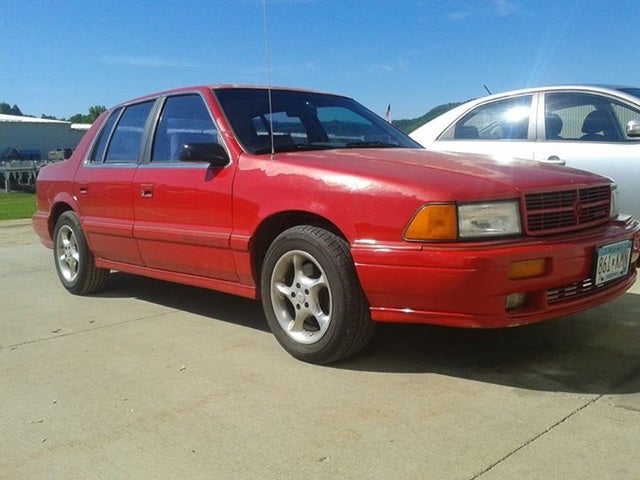 Have you driven a 1991 Dodge Spirit?
Rank This Car

Howitzer With A Cavalier Engine? By Chris

Blew the engine up after almost a year. Head gasket went bye bye. The V6 had a little pep but ran like crap most of the time. Was decent on gas. I wouldn't touch one again unless it was the R/T model.... Read More

its fast for a 6 cylinder. it can take a hell of a beating. handling isn't that great especially on ice. it hasn't needed any repairs until now. the gas mileage is okay but could be better. its a dece... Read More

Great Car For The Time By rj_jordan

I loved that it was free given to me by my parents. but I always felt as though I was driving a grandma car. and after 16 years it started having issue after issue. when I got rid of it it was running... Read More

I Hate Spirits And Will Never Buy One Again, Even For $5 By Kenneth

I bought my '94 Spirit with 234,000 miles on it for $200. The engine and transmission were great and performed excellent for the high mileage. However, the open differential generated minimal acceler... Read More

The car is a pretty color and its wider than you expect for a small car, so the back seat, front seat and trunk are really roomy. All the windows and air conditioning work and the blue carpet seats ar... Read More

My Wheels By Cindy

It's Old!! Need i say more?? It's good on gas but it creaks & groans and something in the front end suspension snaps everytime I go over a rough road(which I'm told don't worry about by my Mechanic ... Read More

It Is A Piece Of Junk By Brad

this is by far the best car I have ever owned it is fast it is quality built the fun factor is high the cost of ownership is very low gas mileage is the best as far as the appearance it is ugly. Read More

Well I Think It A Ok Car By Ryan

well the performance of my car is really crappy cuz the accleration sucks!! The handling is ok and the breaks are good. the quality of the car is good all i had to do to it is minor repairs. The appea... Read More

I traded in my 1973 Dodge Dart for this car. Had engine problems after 8 months of owning it. Good thing I got the extended warranty. It also came in handy during a drive down the Al-Can highway, i... Read More

I got it from my friend Clayton so I loved this car. It came at a time that I really needed it. It was great to drive ont he freeway and in town as well. Read More

Looking for a Used Spirit in your area?

CarGurus has 1 nationwide Spirit listings and the tools to find you a great deal.