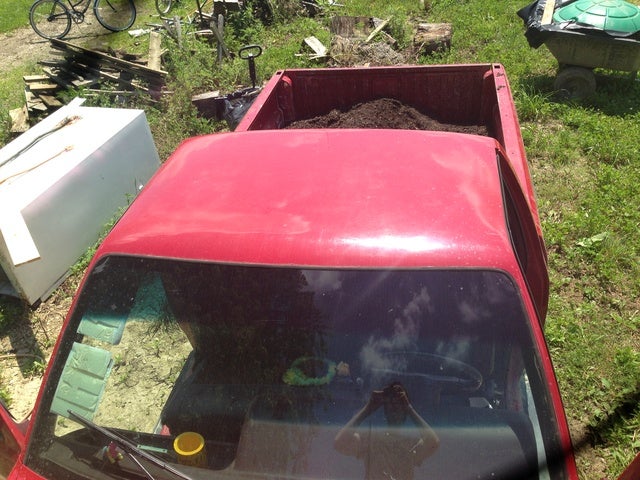 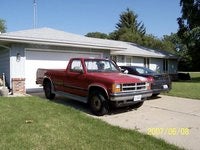 Average user score
4.5 ⁄ 5 stars
Based on 14 reviews
I Loved This Truck by dianegalante — I drove all over the northeast with this truck to concerts & football games. It never let me down and never left me stranded. I loved the cloth bench seat & the 8 ft bed. It had a slider rear window... Read more
Grate Little Truck by Charles — i liked every thing, not really any dislikes truck drives grate solid after all these years ,built so i can work on it not vary many truck that could have lasted this long of the newer built ones, th... Read more
Get One Fix It Up And Itll Go Anywhere by Aaron — this truck is super fun to drive looks and sounds great mantience is easy if you take care of it i havent been stranded or stuck motor needs rebuilt it is 22 years old and miliage is unknown overall i... Read more 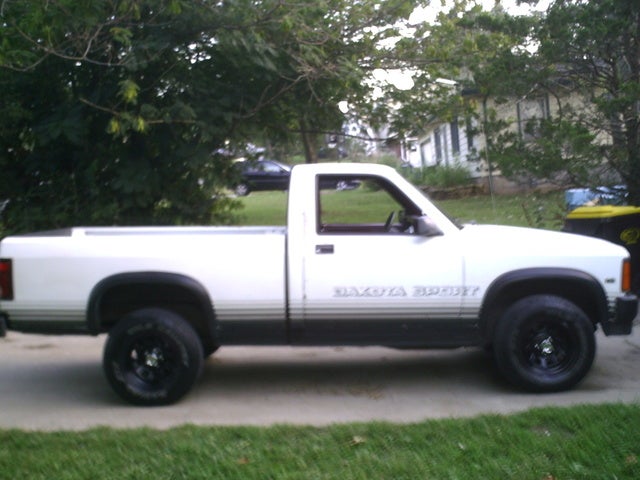 Ever curious to know how the cargo sitting out in your pickup bed feels as it's cruising along the highway? Well, in 1989 you could could find out, with the introduction of the Dodge Dakota convertible. That's right, realizing that the mid-size truck was being used just as much for fun and adventure as it was for hauling, Dodge produced the first convertible pickup since the Model T. Most buyers loved the addition of the manually operated top and roll bar, although it was difficult to see out of the murky plastic rear window when the top was up. Added to a Sports Package that included fog and offroading lights and a sports suspension, the convertible was purely a pleasure-oriented truck.

Amid criticims of underpowered engines, the 1989 Dodge Dakota got another new addition, the unique Shelby Dakota, built on the shorter 112-foot wheelbase and Sport suspension. This high-performance pickup got its extra zip from the same 5.2-liter, 175-hp V8 engine that sat in the Ram. It was paired with a new 4-speed automatic, that was also available in the other Dakotas, replacing the 3-speed automatic. The Shelby sported the Shelby badging and supposedly hit 0-60 in 8.7 seconds, solving the labored acceleration problems from previous years.

The convertible was a big hit with those who bought it, saying it added an adventurous and fun spirit to the mid-size pickup. 4WD Dakotas were highly valued for their ability to conquer rough road and weather conditions. The fact that the 1989 Dakota handled like a smaller truck but had a large cargo bed was also a plus, as was the hard-to-kill engine. Drivers still complained of a lack of power, the sluggishness of the 4-speed, and problems with paint decay.

Have you driven a 1989 Dodge Dakota?
Rank This Car

How Do You Remove The Front Drivers Side Door?

Where Is My Coolant Temperature Sender

I have a 89 Dakota 2wd 3.9 v6 it was running sluggish so I changed the spark plugs only then it would crank and idle fine but when I put it in gear it would shut off so I was trying to up the idle ...

I have an 89 Dakota 2w 3.9ltr V6. I need a fuel pump assembly but its discontinued. What year will interchange or is there any other vehicles that will.