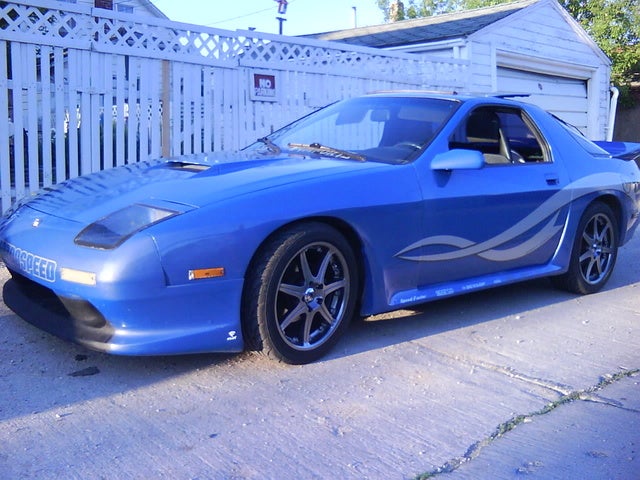 I like this car no matter how it’s customized by other people, I think all builds r amazing , nothing is missing when it comes to the car. Read More

A great ride. Last batch of the production line, the spirit r is the best ever rx-7 of all time. The classic is also included in various racing video games at a good price. G R E A T car! Read More

When the second turbo hits its like a kick in the back of the head. Good handling likes to get the tail out a fair bit. Appearence is awsome looks like sex on wheels!!!! It would be the most fun car i... Read More

overall it is a veri good car to drive around . one bad ting about tis car is high petrol consumption . the design wise is timeless . the best rotary base engine car every build in history . my favour... Read More

Fast With Amazing Lines By Benjamin

It's mine. I wouldn't swap it for anything. And the mods have only just begun! Twin turbo 13b, abs, lsd, power windows, air cond, power mirrors etc etc Read More

Performance- Moderate acceleration. Braking is okay. and handling is moderate. Build quality- No repairs or strange noises. appearance- interior needed work,. exterior is like a Miata. Cost of Own... Read More

Had 2 of them at one time... Great fun to own... good looks too! Later vesion of the 1.3 Rotary Engine with twin turbo would gave 260ghp is much better then the 2.6litters earlier version. However the... Read More

like it so i recommend it for those people who love potato engines and to add its an FR so drifting is quite easy the acceleration is also good so definitely a car that you must have that's all i can ... Read More

car had 280bhp standard but had mine boosted to 350bhp. car has tonnes of power and as is a rear wheel drive does not tolerate mistakes but is a proper purist drivers car and in the right hands great ... Read More 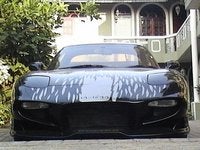 Looking for a Used RX-7 in your area?

CarGurus has 33 nationwide RX-7 listings and the tools to find you a great deal.