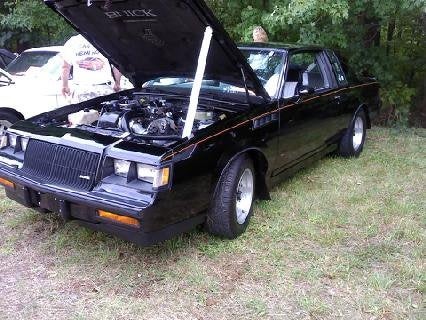 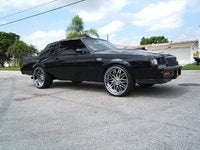 Looking for a Used Grand National in your area? 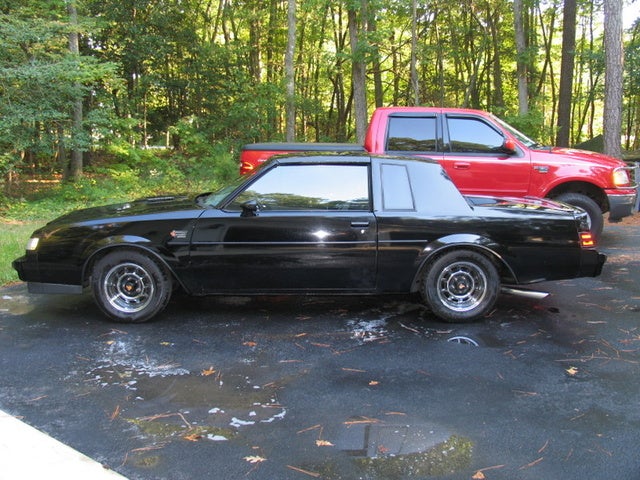 The first year Buick offered the Grand National was 1982. It was a two-tone dark grey and light grey paint scheme, and the turbocharged engine was an option very few of these cars were built with. The Grand National model was not offered in 1983.

In 1984, the Grand National returned, this time in the all-black color scheme that's become its signature. Electronic fuel injection was offered for the first time with the turbo V6 engine.

In 1986 and 1987, an intercooler was added to the engine package, which raised the output to a dramatically underrated 235 hp. This is the version on which the legend is based. For domestic U.S. production, the Grand National - and the non-black turbo Regal versions - was the fastest accelerating American car you could buy. Yes, faster than the Camaro, the Mustang, and the Corvette (although with modifications, some of those competitors could be made considerably faster).

In addition to the Grand National, Buick did a limited production run of 547 specially prepped Grand Nationals that were badged as the "GNX." Due to its limited production numbers, the GNX became more of a collector's car, although the performance tweaks it received made it even faster than the standard Grand National. Contrary to popular conception, the GNX was originally built with a single turbocharger, despite what you might have heard about someone's buddy's uncle's best friend who had a twin-turbo GNX that had a bazillion horsepower, etc.

I own a 1986 Regal T-type and a 1987 WE4. While neither of these cars should be called a Grand National, very few non-owners are aware that there were other turbo Regals. I'm sorry for not properly citing my sources, but perhaps someone else will submit supporting or disagreeing information?

What's your take on the 1987 Buick Grand National?

Have you driven a 1987 Buick Grand National?
Rank This Car

Looking for a Used Grand National in your area?

Does Coil Module Pack Have To Be Grounged To Run

Color Of The Car Isnt Right?

i saw a grand national for sale. i looked inside and it has the gnx on the seat and the #53 on the passenger dash. so im assuming a 87' gnx? but the weird thing is that its purple... inside and out.. ...

994 views with 7 answers (last answer about a year ago)

Turbo Spools But Kicks Out

I took my stock exhaust manifolds and pipes to turbo off and replaced with black jack headers and bigger pipes to turbo and lost my bottom end torque is that the cause of my loss?

I Have 87 Gn That Wont Start I Put On New Coil & Module Check All Fuses The...