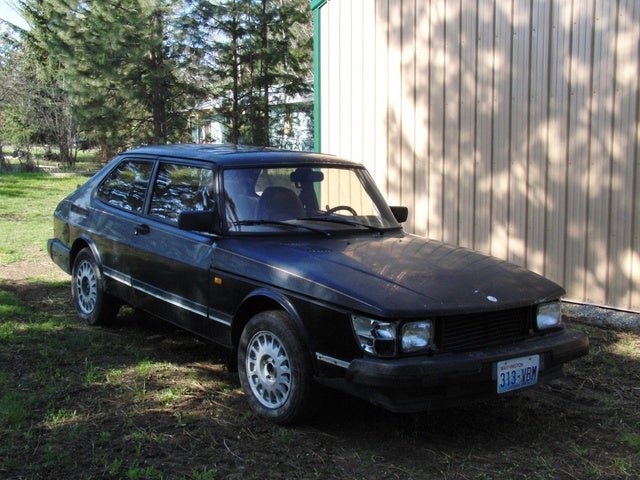 It's A Keeper. By Benjamin

Fell in love with this car when I first saw it and have taken long trips with it, to North Carolina and Outer Banks having no trouble with it. Enjoy it most in the summer with the top down and the AC ... Read More

You Either Love It Or Hate It! By Janey

Well firstly it's not a convertible, it's a Talladega, this application didn't have my trim on the option list. The handling on this car is fantastic, I would never go with another car for handling. T... Read More

The only logical choice after Saab is The Jetta GLI. My 1996 Saab 900 SE Turbo was a special black, 2-door, whose cabin was spectacularly quiet. Not even window shear got in. Of course I want another ... Read More

I like Saab, but Im not a mechanic. This car needs a mechanic and some TLC. Read More

the car is comfortable quiet and legitimately fast. its very classy and practical with out being smug or boring. its rust resistant i live in Rockford (northern IL where we have to use tons of salt to... Read More

Swedish engineering has been like a waking up moment. The things that are different are for a great reason like key in the console and the window controls on the console. Second gear is the best, it... Read More

Lots Of Style And Reliability For Modest Cost. By Dane

I bought this car off a 3 year lease return with 50k miles. I now have 170k miles and I've run it hard through Minnesota winters. The car stills runs great with only minor maintenance repairs. It even... Read More

Not cheap to run but very good value all in all. A true 4-seater with ability to cover long distances in a very relaxed fashion. Cruise contro on, top off and you're ready to travel anywhere in Europe... Read More

Gotta Love The Swede! By Will

Handling is exceptional along with braking. Build quality is good on mechanicals but not so much on interior parts. The car is a neat green color and it has the S.E wheels which look nice. Its no s... Read More

Best First Car In Existence...also The Easiest Car To Learn Stick On!! By Zach

from a glance...u wouldn't think much of it...and if you just quickly test drive it, u would think its just a normal car, but to live with it is like having another best friend that you hang out an... Read More