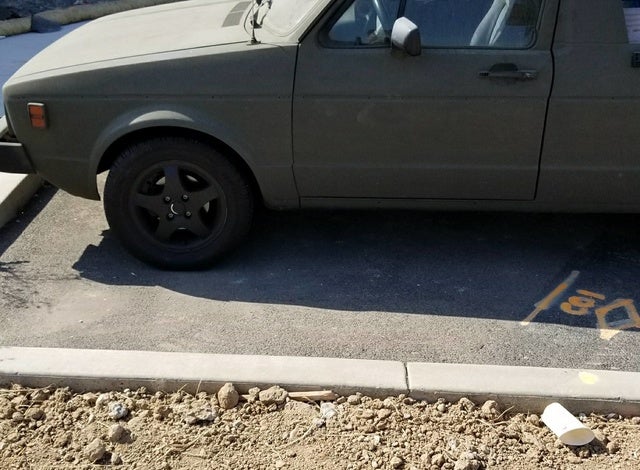 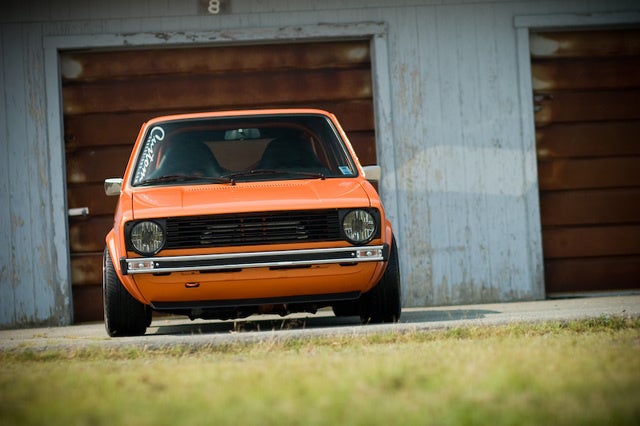 The big news for 1980 was the addition of a convertible to the Volkswagen Rabbit lineup. The Rabbit Convertible came with a slightly upgraded engine, a 1.6-liter single-overhead-cam four-cylinder, which generated 76 horsepower. The convertible lost its hatchback (naturally), and instead came with a small trunk. A padded rollbar, located just behind the front seats, was added for structural stability and safety purposes.

Also joining the Rabbit lineup for 1980 was a Rabbit pickup, which was longer than the standard Rabbit (by nearly three feet) and came with either a gas or diesel engine.

In addition to the basic Rabbit, the Rabbit Convertible, and the Rabbit pickup truck, the Rabbit was available in a number of other packages, including the Rabbit C, the Rabbit L, and the Rabbit LX. The Rabbit C package was equipped with an AM/FM radio, a color-coordinated interior, reclining front seats, a rear window defogger, and a day/night rearview mirror, while the Rabbit L package added such features as a wood-grained dash, special moldings on the windows and hatch, and a lockable glovebox.

Drivers were impressed with the Rabbit's handling, quickness, and gas mileage.

What's your take on the 1980 Volkswagen Rabbit?

William E I am selling both my 1980 VW Rabbit Caddy and my 1984 VW Jetta Diesel. Here's a vid I put together. Thanks http://www.youtube.com/watch?v=RFhMt_NqzzU

Thos We had one of the 1980 Diesels L models with the 5 speed trans. It was a great car*. The 4 door model made getting the kids into the rear car seats. We averaged about 42 all around with highway mpg's normally in the 56-57 range, The absolute best was 63 mpg. Driving home from a Christmas Tree Farm one winter with a tree lashed to the roof of our Rabbit, I accelerated toward the 55 mph speed limit.With the peddle FLAT on the floor we topped out at 50 MP HOUR (on the flat roads)! Letting out the clutch at a traffic light with the AC going translated in a "slight" forward movement. Loved that car until* we had a head bolt "let go" and fry the engine. The bolt had been stripped when the engine was built and not caught at the factory. That was at about 33k mi. Had a rebuilt engine installed and at 42k miles, the same bolt pulled out as with the first engine. Turns out that their was an casting issue with the blocks that caused those failures.

Have you driven a 1980 Volkswagen Rabbit?
Rank This Car

I Just Looked At A 1980 Diesel Rabbit. Its Still Inspected. Think I Should ...

Can I Mess Up The Valves In My Car?

I have a 1980 Volkswagen rabbit. Recently i changed the water pump but i think i messed up my valves because i had to take off the timing belt. However I am getting mixed info on the engine and how it...

Horn Pad, How To Remove

this does have manual transmission, goes in & out of gear fine, but no acceleration. Barely enough to go 5 mpg. WHAT IS UP??? Someone, please help...is it the clutch, or is the tranny toast?