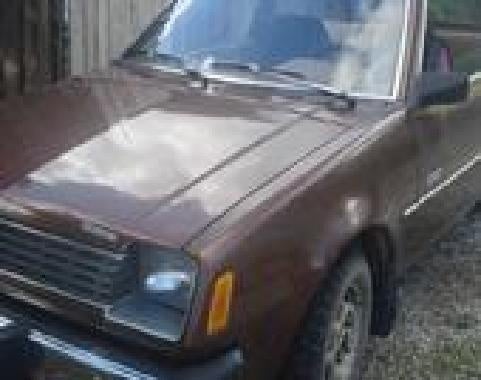 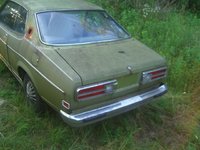 It very well might be sent home first on America's Next Top Model, but the mini-compact Dodge Colt gets the job done, and cheaply too. With its low pricetag and great mileage, this Mitsubishi-built car may be no great shakes to look at, but it certainly is one of the better values for a city car, commuter-mobile, or starter vehicle. The 1980 Colt adds a 4-door wagon to its lineup, in addition to the 2-door hatch.

In 1980, the Colt was offered with two different engine choices, the unchanged 1.4 and 1.6-liter I4s. Both came standard with a twin stick 4-speed that switched from power to economy modes, ostensibly giving you an eight-speed shifter. A 3-speed auto tran was optional.

Owners have been impressed with the durability of the 1980 Dodge Colt, particularly its unbreakable engine. Other high points include great fuel economy and a surprisingly fun ride. The pricetag is just right too. Major complaints focus on the aesthetics, as the Colt is rather plain and comes with few creature comforts on the inside.

Beverley I bought a new 1980 Colt and I will never get rid of this car!! I re-built the carburetor 3 time, it has over 300,000 miles on it, did the rings once and the front end twice. At this time it has an electrical problem that I can't locate, but I will never get rid of this little jewel! I also replaced the transaxle once. It was such a fun car to drive. The twin-stick trans. gave you 8 speeds forward and two speeds backward. Winding mountain roads were great fun. I would also haul so much stuff in this poor little car. I could put ten 8-foot 4x4's in it and close the hatch. I used to amaze my customers when i unloaded my car! I worked as a general/all-purpose handy-person and the Colt was my only transportation. I needed a pick-up or a van. But the Colt sufficed for many years. I bought the Dodge Colt Custom with the 1.6 engine. My only complaint is the sunroof leaked after about three years. I had the seal replaced and that lasted for another two years. I didn't have a garage or any covered parking so, eventually I caulked the sunroof closed. Up to the day it wouldn't run anymore, I got 27 miles to the gallon.

GuruW2NC9 I owned one and got over 40 mpg on the highway. I wish I had another one.

Guru3ZKPS Ken I bought a new blue 2 door HB 1980 Colt and had it until I traded it in 1986. Drove it a couple times from the San Diego CA area to Anaconda, MT and got about 39 mpg. Loved the 4 speed stick with 2 speed transaxle. Great little fun car!

Have you driven a 1980 Dodge Colt?
Rank This Car

What is the fuel mileage on the 1980 Dodge Colt?