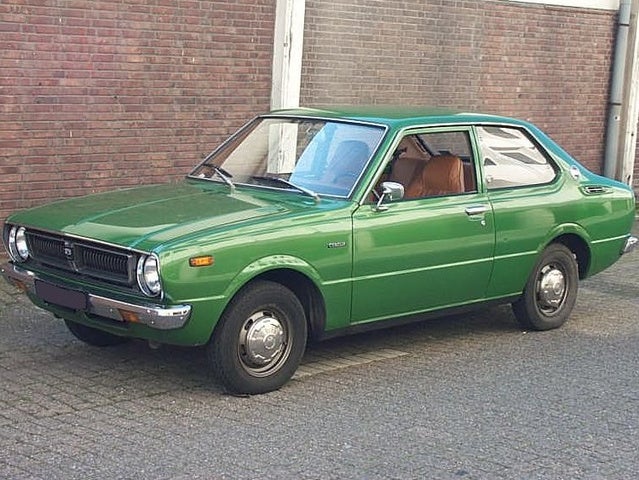 Most of the existing Corollas remained the same for 1976, with the exception of the sports coupe, which was redesigned to look sportier and to set it apart from the rest of the Corolla lineup. Sharing its front-end styling was a new three-door liftback.

With the introduction of the liftback and the restyling of the coupe, Toyota gave consumers some sporty options that were much more affordable than the Celica, Toyota's other sports model.

What's your take on the 1976 Toyota Corolla?

Nicholai21 Haha its pretty fun to go looking for some info on my new ride and seeing my car as the display picture. I love my '76

Vandura_2667 The 2 door sedan also came with the SR 5 packet which included the 1.6 L 2TC engine I owned one it was my first car and I loved it. It rusted but it was a fast car and good in the snow. I still miss it good times

Have you driven a 1976 Toyota Corolla?
Rank This Car

Where can I get the front fenders for my car as they are starting to rust through.

I Looking For Replacement Seats For Toyota Corolla 76 Any Suggestions

I found a 1976 toyota corolla sitting in back of these people yard and they accepted my offer on buying it,so I was wondering is there a gas tank out there in america that I can purchase?