Used 2015 Chevrolet Cruze for Sale in Fort Worth, TX

I had an excellent experience with my salesperson Rufus and his manager Abel. They were very easy to work with and were fair in their price negotiation.

The dealership contacted me right away with a warm welcome and provided me with a warm shopping experience.

Very friendly and quick service......loved it

They reached out to me to sell me another car, what I originally wanted they sold it after putting two hits on my credit. They claim it had brake issues, but no one mentioned it before they ran my credit.

Dealer response to my inquiry was prompt. The listed description of the vehicle accurately reflected the condition of the vehicle specifically its history. The car was clean and available for test drive and Sales Associate, Stevie, answered all questions asked as a true VW sales professional. I was so moved by the fact he followed up with a call to ensure everything was ok after I took possession of the car that I would definitely recommend this dealer and Sales Associate to my friends.

Very unprofessional I had an appointment to test drive a 2016 4Runner... When I made it to the dealership, they brought me a different car (Porsche Macan) stating that this what it’s shown in the system, which is not true because I spoke to the agent (Mike) before I go there and he confirmed it was for the 4Runner. He went back to bring the key for the 4Runner and came back to tell me that the vehicle just got sold this morning!!! Disappointed. Never going back to this dealership again. 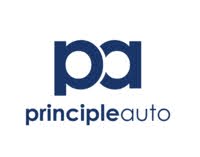 Gave me the runaround and asking for to much for a jeep with no top and radio before it even was out of service its a 2006 not a 2012 asking for almost 20,00 unbelievable

We purchased this vehicle and will be surprising our daughter today. The process was simple, the online price was honored, and we received a great APR.

Bait and switch. They said this car was sold but they still have for sale here. Bad experience. Do not recommend.

Vehicle had been sold but responded quickly

Aliixe and team were amazing. Would highly recommend

Was helpful but was also busy on the phone,you didn’t know if they were talking to you or on the phone.

Awesome with he would contact me because that the car. Trying to get at the moment and put everything else on hold. Other then that, grey guy, should run shop !

Fast response on contacting me back

Contacted dealership about the truck I wanted to test drive. They responded quickly. We set up an appointment and everything was handled smoothly and professionally.

Had a great experience with the dealership

They hid a $2,000 reconditioning fee on the car’s selling price, instead of AT LEAST breaking it down to determine the total. They gave me a horrible deal on the car I wanted to purchase. Perhaps they thought I had zero knowledge on car buying and negotiation.

Although, I did not purchased vehicle the team worked with me professionally throughout without deadline.

Contacted, filled out online purchase application, car was sold to someone else later that day with no rely as to the status of my application or even a sorry, we sold the vehicle

The service was great! Easy in and out...no hassles!!!!

Got to know Jay he was very helpfully finding the right car,, He has many years of experience in his profession..Good personality pleasant to talk too, like talking too an old friend. He will give you $50 for every refer, ill take him up on that ideal..Thanks Jay...see you soon...

Put forth a lot of effort to contact me.

Yes, I was contacted by the dealership, unfortunately, they didn't have what I was looking for. However, they were helpful.

Very. Good. I purchased this car

Salesman was helpful providing information/options, but inventory was not mechanically sound and ultimately not worth my purchase.

Everyone at the dealership , from the detail man to the assistant manager manager , were all courteous and professional . The vehicle that I purchased was clean and in good shape . We drove the vehicle from Dallas to Little Rock , Ark. , it burned no oil , has no oil leaks , got good mileage and handled the wet roads good .

Responded within an hour. Very committed

They sold the car I wanted the one above they didn’t know really anything about any of the cars not how many owners nor do they know the history of the cars. the car I ended up buying had a leak in the break line possibly from an accident which they didn’t tell me about I had the car for two days before my breaks nearly went out I barely made it to the mechanic in time. Honestly just go somewhere else to buy a car.

I was very disappointed that the truck was sold and that the dealer didn't know that before he contacted me.

Excellent response time. The car is overpriced, though.

Exceptional quality and service from their entire staff.

I submitted my interest in the vehicle & was contacted the next day. I knew what I wanted, had a budget and they were willing to work with me. Smooth buying experience, no hassle!

The 2015 Chevrolet Cruze is destined to be short-lived, but sees a few enticing changes anyway. It’s not going anywhere but perhaps to the land of More, however; the next generation is set to debut just as soon as engineering can perfect the all-new Cruze sedan, hatchback and coupe on the company’s new global compact platform. So the 2015 Cruze sedan will fill the gap with some style updates, new options and a few ergonomic improvements until the next generation is ready to roll, but otherwise remains largely unchanged over the 2014 model.

This is a very good thing according to current drivers. From the bare-bones LS to basic 1LT, aerodynamic Eco, leathered 2LT, loaded-up LTZ, to top-shelf Clean Turbo Diesel, every one is a hit with plenty of giddy-up and a comfortable ride. The LS seats are about as hard as they can get, and some things could be designed better in the Cruze—namely the large trunk latches and MyLink software—but for an entry-level compact sedan, the Cruze stands out as an overall solid choice at any tier.

Some drivers were wishing for running lights—the 2015 1LT and LTZ have a pair of LEDs up front now for just that purpose. Every Cruze gets a refreshed front end to match its Impala sister plus revised cupholders and new homes for the trunk-release and door-lock buttons. This Cruze is also the first to inherit Chevy’s new built-in 4G LTE data connection that also turns the sedan into a Wi-Fi hotspot, but it’s an option as well as the newly available Apple Siri Eyes Free integration and read-aloud text-message alerts.

Otherwise this Cruze is just the same as the last one. Both the manual-equipped Eco and new-for-2014 Clean Turbo Diesel variants are true to their 42-mpg-highway fuel estimates, if not a bit better—one diesel driver reported getting that estimate even with gridlocked traffic and California mountain passes as the average over an entire trip. Not just 42 mpg for a few miles—that was the average over the entire trip. That’s huge!

Ever driven through the California Rockies? The shoulders of those highways are a car graveyard on any given day, but the Clean Turbo Diesel Cruze lives up to its name and handles that horrific roller coaster with not only true-to-estimates fuel economy, but its dignity as a people-mover fully intact. Need we say more?

Granted, the turbodiesel is the most powerful engine in the lineup, boasting 148 hp and 258 lb-ft/torque out of a 1.4-liter 4-cylinder engine for an 8.6-second trip to 60 mph. The next-best engine is the LS-optional and LT- and Eco-standard 1.4-liter gas-fed 4-cylinder engine good for 138 hp, 148 lb-ft of turbocharged torque and a 9.2-second benchmark.

The Eco gains some tweaks to give it the diesel’s same 28 mpg city/42 highway, but only with a 6-speed stick, whereas the diesel takes a 6-speed automatic. This turbo upgrade is otherwise rated for a respectable 26/38 in every other application, including the Eco’s optional 6-speed automatic. The base engine is a naturally aspirated 1.8-liter inline 4-cylinder offering 138 hp, 125 lb-ft/torque and 22/35 with the auto or 25/36 with a stick. It also has the most unimpressive pedal response of the bunch, but it's still a solid mover.

Top rated dealers near you with 2015 Chevrolet Cruze for Sale