If I bought a Nissan I would by from them. They were Very responsive and very nice

This was a rare find... I'm pleased with my purchase... friendly, no pressure sales.

Quickly contacted us. Did not buy fro. Them, but not due to anything they did...just found a vehicle somewhere else. 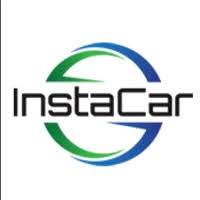 Julius had the car ready for me to see and to test drive. I loved the car and the people were very nice. We worked out a deal and I traded that same day.

I appreciated the immediate response and the pictures that were sent. However, I was able to find a truck closer to home.

Don was extremely helpful in trying to find a car my father in law could afford. Professional and pleasant experience. Thank you, Don.

Don the gentleman that we were referd to was awesome, very negligible. thank you

Spoke to Steve initially and he was very helpful in providing details but I've been chasing him since the past few days to only reach his voice-mail. I guess the dealership is very picky on who their customer needs to be?

Thanks you , this dealer was excellent, exceptional customer service! Got the car for my son, we were so satisfied

They were very helpful

Wish car was in better shape before hubby gazed on it but offered a low cash price we will see . Everyone was helpful and even got to ride golf cart to where vehicle was with grandkids ! Overall excellent experience !

Prompt and friendly staff. They were very helpful and answered all of our questions.

Great staff to work with. I wound up buying another truck from them but great folks to deal with

Had a call back and asked if they could help me. I wish they could love the vehicle just too much money . Can't afford

Answered in timely manner. Very willing to answer my questions and to go the extra mile for my purchasing of the Corsair. I would recommend this person to any prospective buyer!

Great dealership! The car salesman I dealt with communicated well. Even tho I didn’t get my car from them they were very respectful. I would do look at get my wife car thru them when she is ready.

Enjoyable Experience. My salesman Harrison was awesome as well as the finance manager. Great team.

The salesman was tenacious but courteous and would have purchased if the price and milage were lower. It was a pleasant experience.

Buyer beware. Every car has a hidden $999 Maxie coat charge. also, a $699 doc fee. These charges are not disclosed on any web site. I do NOT recommend Maxie Price dealerships.

They contacted me a couple times

Had a great experience, something that I can't say much about previous car buying trips. My salesperson, Sudie Crawford was attentive and thorough without being pushy. She answered all my questions and went above what is expected to make my experience a good one. Everyone I dealt with at the dealership were veryhelpful and I woulf recommend Maxie Price Clevaland to anyone looking fora painless car buying experience

The process was very easy and quick. Just how I like it.

We made an appointment to see our preferred car and confirmed when we realized we were going to be late, unfortunately the vehicle had been sold prior to our arrival. Due to their internet being down, the individuals making the appointments weren't able to see the inventory real-time so it was a wasted two-hour ride. The Sales Manager tried his earnest best to rectify the situation and was very apologetic about our inconvenience.

Excellent follow up and service throughout the shopping process.

The folks at Randy Marion have been great to work with. Very nice and professional.

Follow-up was helpful and courteous. Hopefully they'll find me a car.

With the exception of me trying to do the logistics of buying a car via the internet, S and R was fabulous.

Hendrick dealerships rank the highest in my experience. Have purchased several cars from them and the service is simply the best. Looking at another purchase contingent on inventory.

He was very respect and very nice

They quickly contacted me and gave me information on the car I needed. At this time the car was still being processed into the dealership so still waiting.

Got a note that someone would call, but never got one.

Great sales and service bought my Ram with ease

As Chevy spools up for the release of the redesigned 2016 Camaro, it’s dealing with a brand-new Mustang that’s already debuted. How to keep the Camaro competitive in the meantime? An exterior paint-color shuffle, a no-longer-standard tonneau cover… and little else.

Thankfully the Camaro already has a lot to live for in the final year before the next-gen, still partially motivated by the monstrous mid-cycle refresh in 2014. As it stands, even the base-level Camaro provides the performance to promote passion in even the most persnickety. With 323 hp and 278 lb-ft of torque, the 3.6-liter V6 that comes standard in the LS and LT is as powerful as a lot of V8 options from not too far in the past. The V6 will get you 28 mpg on the highway with the 6-speed manual transmission and 17 when cruising around the city. Not as good as the V6 option in the Mustang, but more powerful. Of course, the Camaro is a bit more portly than the Mustang, but this isn’t a showdown.

As much as the V6 has the numbers to prove its performance chops, many still have trouble considering it a Camaro without 8 pistons pumping. For that flavor, the weakest V8 comes in the SS trim with a 6.2-liter, 426-hp version that delivers 420 lb-ft of torque as well. Actually, those numbers apply only with the 6-speed manual. If you opt for the optional 6-speed automatic here, you’ll be sacrificing 20 hp and 10 lb-ft of torque, so I’d strongly recommend the gentleman’s option and rowing your own. With the correct transmission in place, the SS will skip to 60 in 4.8 seconds and still get you 16 mpg city/24 highway.

The ZL1 trim gets you a supercharged version of the same engine, pumping out a forced 580 hp and 556 lb-ft of torque—enough to lop nearly a half-second off that sprint to 60. You can still get the optional 6-speed automatic here, but for the recently returned Z/28, no such choice exists.

And that’s how it should be. Cars like the Z/28 are meant to be driven, not ridden in. After all, why buy a “track-ready” car only to have the car do all the work? The cut Camaro has at its center a 7.0-liter dry-sump V8—a first for Camaro—culled from a Corvette and producing 500 hp and 470 lb-ft of torque. Coming in at nearly 300 pounds lighter than the ZL1, the Z/28 gets no air conditioning (unless you put it back in), significantly less sound-deadening material, forged 19-inch wheels with R-rated Pirellis, a lighter track-tuned fixed-ratio damper suspension from Multimac, carbon-ceramic brakes, a limited-slip differential and Recaro buckets with shoulder-harness cutouts. Of course, you don't actually get a shoulder harness, but the option for retrofitting is there. You’ll also get an aerodynamic package that provides an additional 440 pounds of downforce at 150 mph, but not much else other than the ability to scare yourself on road and track alike.

If you want the performance but not the sacrifice, the ZL1 is more your style. There you get the adaptive MagneRide suspension, Brembo brakes, foglights, 8-way power heated front seats, rear parking sensors and a rear-view camera, a 7-inch touchscreen with MyLink, heated mirrors, head-up display, leather and a 9-speaker Boston Acoustics stereo. You’ll also get 20-inch wheels, however, and those do nothing to improve the ride. Here, the MagneRide takes up most of the slack, though.

No such luck with the SS, which drops the upgraded brakes and adaptive suspension but still offers plenty of performance for those not wanting to downgrade to the V6. If you go with the 2SS package, you'll retain most of the luxury and comfort features as well. That said, the LS/LT variants with the V6 aren’t strippers. You’ll still get features like automatic headlights, keyless entry, a 6-speaker stereo with OnStar and satellite radio, air conditioning and power recline for the front seats, even when choosing the base LS. The LT adds foglights, power seats and the 7-inch touchscreen, and the 2LT package adds most of the features found in the ZL1. All except the LS and the Z/28 can be had as a convertible as well, but the tonneau cover is no longer standard on 1LT variants.

However, the big problem with every one of these different versions is glaring and unfortunate: visibility. It’s not the worst offender in the class—that honor just may go to the Challenger—but the Camaro does nothing to quell the stereotype of the pony car with poor sight lines. A difficult rear view is practically expected here, but thick A-pillars and a low-slung roof and seat make the forward scene no joy to take in either. It’s one thing when it’s a quirky aspect of a niche vehicle, but here it starts to impact the joy and even the practicality of driving. That’s not acceptable.

But if you can look beyond that—pun anticipated but not avoided—you’ve got a damned fine swan song for the Camaro’s fifth generation, one of the rare instances when waiting for the next gen may not be your smartest move. If you’re looking for collectibility, the Z/28 is a great option, even if it’s already sold out for 2015. GM says more are on the way, so fill out the order sheets before the sixth generation arrives!

Top rated dealers near you with 2015 Chevrolet Camaro for Sale