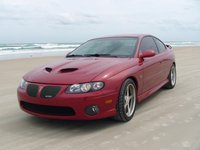 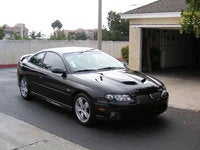 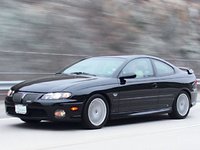 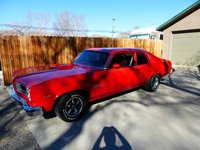 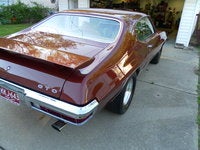 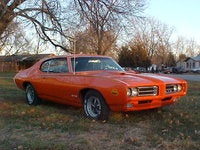 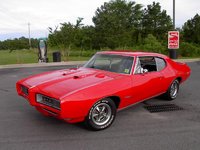 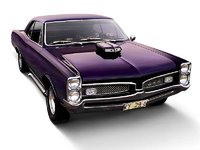 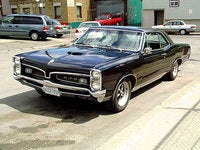 Where Can I Find 73 GTO Body Panels

Where can I find a 73 GTO front fender, passenger rear quarter panel, and a header panel

The VIN on the dash and body tag on cowl have correct numbers for a GTO. The engine is a non- numbers mathcing pontiac 350 cubic inch. The speedometer only goes to 120 mph. The face of the dash looks ...

HOW MANY 1966 GTO'S WERE BUILT WITH THE GEAR SHIFT SELECTOR ON THE STEERING...

Did The Factory Ever Install A 12 Bolt Rear End In A 65 GTO?

Every pic I've seen have all been 10 bolts! When these cars first hit the showrooms they were advertised with lots of power... and a 10 bolt rear end just seems like a weak link! If they did NOT in...

John DeLorean was good at finding loopholes, for which Pontiac should be forever grateful. Unwittingly launching the muscle-car era back in 1964, the GTO came into being despite a mandate from General Motors brass that it was dispensing with race-car production and putting restrictions on engine sizes. In an attempt to boost Pontiac's performance branding, DeLorean experimented with putting the big-block 389 V8 engine that sat in the full-size Bonneville into the midsize Tempest. He got around GM's restrictions by offering this engine as an option only -- thus the loophole, and thus the birth of the GTO.

The GTO name, stolen from Ferrari (Gran Turismo Omologato) has become synonymous with Pontiac and with street-racing performance. It lasted until 1974, either as its own model or an option package for the Le Mans, featuring a stiffer suspension, larger brakes and anti-sway bars, dual exhaust, dual hood scoops, and a V8 that started life at 325 horsepower, reaching its max 350 hp with the Ram Air scoops. Sold as a coupe (and briefly as a convertible), the GTO became the stuff of Mopar legend, still sending chills up spines at the mere mention of its name today. Sadly, the 1970s gas crisis neutered the GTO, as it did many muscle cars of the era, and the nameplate disappeared in 1974.

Although several attempts were made to revive the performance legend, none came to fruition. Until 2004. Needing a V8 replacement for the discontinued Firebird, Pontiac looked once again to the GTO's reputation for grunt and growling power. Now built as a stand-alone coupe, it was actually a product of GM's Australian subsidiary, Holden. The Holden Monaro got a retuned V8 engine that hit 350 hp and was sold in the U.S. as the Pontiac GTO.

The new GTO's exterior styling lacked the sexiness of most sports cars, with little nod to the muscle-car heritage of the GTO, but the performance was top-notch and got enhanced even more the following year, with 50 more horsepower. Sales were never good, however, and production was limited to a two-year run, though a new 2008 or 2009 GTO promises a sportier fastback design on the all new Zeta rear-wheel-drive platform.