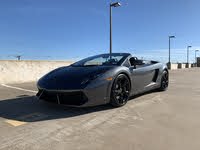 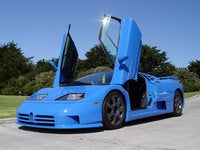 My Car Is Not Showing Up

I am selling my lamborghini. I paid the $4.95, I took all the pictures, yet I can't find my listing. Please help.

How Much Would The Insurance Cost For The Gallardo?

Hello! I've Verifierd My Ad With A Requested Photo From Cargurus, Has Been ...

Hello! I've verified my ad with a requested pic, per Cargurus, still says processing, has been two days??

My Lamborghini Gallardo LP570 2009 Never Had A Problem With Its Acceleratio...

1. Its power has decreased from the original speed. How do i solve this problem? 2. There was a problem with the E-gear (fixed) and brake lights were always on (fixed) but did not affect the speed...

How To Customize Cars

With its forward-leaning side mirrors and stern angular front end, the Lamborghini Gallardo is a fighting bull in every sense of the word, poised to unleash its V10 fury on a waiting world. Introduced in 2004, the Gallardo is the new entry-level racer in the Lamborghini lineup, a cheaper (for what that's worth) Murcielago that's also intended to be an all-round road-burner.
Meant to rival the Ferrari F430, the Gallardo has become Lamborghini's top-selling car in just four years on the market, easily outpacing the previous best-seller, the Diablo. The reason may be that the Gallardo gives drivers all the speed and racing action they desire, while throwing in some everyday comfort and practicality, like all-wheel drive, front and side airbags, and stability control. A lighter aluminum body helps offset the extra weight of the all-wheel drive, not compromising at all the mid-mounted 5.0-liter V10 engine. This V10 is new for Lamborghini and was originally rated at 492-hp, until it got a boost to 512 in 2007. It does 0-60 in just over 4 seconds.

The Gallardo is also the first Lamborghini to have 19-inch tires, compared to the Murcielago's 18-inch ones. Unlike the Murcielago, the doors are front-hinged. The Gallardo features more brittle angles, and even the folding side mirrors angle forward. Sitting only 18 inches off the ground, it is low-down and mean. An optional clear cover panel can be placed over the engine to show the beast lurking beneath.

Originally offered as a coupe, the Gallardo expanded in 2006 to a Spyder convertible, with a power-retractable soft top, and in 2007 offered a limited edition Nera coupe, with Alcantara leather seats and a menacing all-black exterior. Facing such a monster head to head, I'd put my money on the fighting bull.