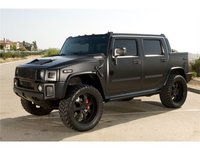 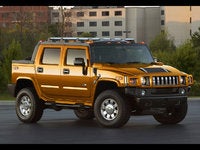 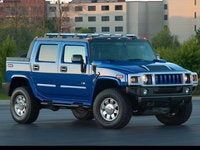 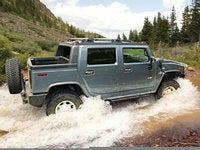 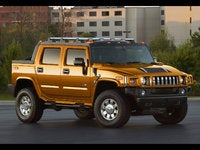 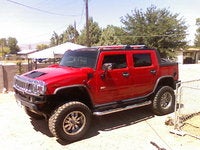 My Car Is Not Overpriced

you have my hummer as listed as overpriced which is bullshit. This is a limited edition only 500 made vehicle. The average price is 34,500. Remove the overpriced tag on my car or I go elsewhere!!...

I Check The Start Sale Button By Accident

Dear Car Gurus I hit the start sale button thinking this would upload my ad not start the process of buying. Can you upload my ad tomorrow when you come in? thanks Chris Owens

I have a 2006 HUMMER TRUCK IT'S BEEN UNDER THE WATER THE HOLE TRUCK WHAT'S THE. BEST WAY TOO GET IT GOING AGAIN. I DIDN'T TRY TOO START IT AFTER IT DIED IN THE WATER. HOW DO I KEEP THE INTERIOR F...

Transmission works great cold after warm-up it will occasionally drop to second gear and stick . if you stop turn engine off for a few seconds it stars and will operated properly until it happens ag...

Introduced in 2005 as a more functional and versatile companion to the Hummer H2, the Hummer H2 SUT (for Sport Utility Truck) combines the exterior cargo space of a pickup truck with the design features of a standard SUV. Key to the H2 SUT's design is what Hummer calls the midgate, or rear bulkhead of the passenger cabin. With the midgate up and in place, the H2 SUT offers two rows of passenger seating inside the cab plus a three-foot-long open cargo bed in the rear. However, by lowering the rear window into the midgate and folding the midgate and rear seat forward, the rear cargo space gets extended to six feet.

With the midgate in place, there's not enough cargo space to make the SUT truly functional for commercial purposes, and as a pickup it doesn't compare to other dedicated pickups, such as the Ford F-150 or Chevy Silverado. But it's adequate for weekend warriors, according to reviewers and drivers, especially those who regularly put the H2's impressive off-road capabilities to the test.

Design-wise, the SUT borrows most of its elements and components from the standard H2. It also uses the same engine. In its early years, a 325-horsepower, 6.0-liter V8 engine powered the H2 SUT. For 2008, the powerplant was upgraded to a 393-horsepower, 6.2-liter Vortec V8 engine, which Hummer says is more fuel-efficient. However, the automaker hasn't released official fuel economy ratings, so you can assume the new SUT still guzzles plenty of gas. And with a 32-gallon tank, fillups at the local service station will no doubt be pricey.

But owners of the Hummer H2 SUT don't buy it because of its fuel economy. They're attracted to its design, functionality, image, and off-road capabilites, and the SUT delivers in all those areas. With a ground clearance of almost 10 inches, the H2 SUT can easily maneuver over obstacles and ford streams. Plus, it handles well in snowy conditions, according to some drivers and reviewers. Its wide stance and low center of gravity help keep its four wheels firmly planted on terra firma, even on steep slopes. And despite its rugged appeal, the H2 SUT comes equipped with a wide range of upscale and safety-oriented features, including leather seating, a premium sound system, and such features as traction control and stability sytems.