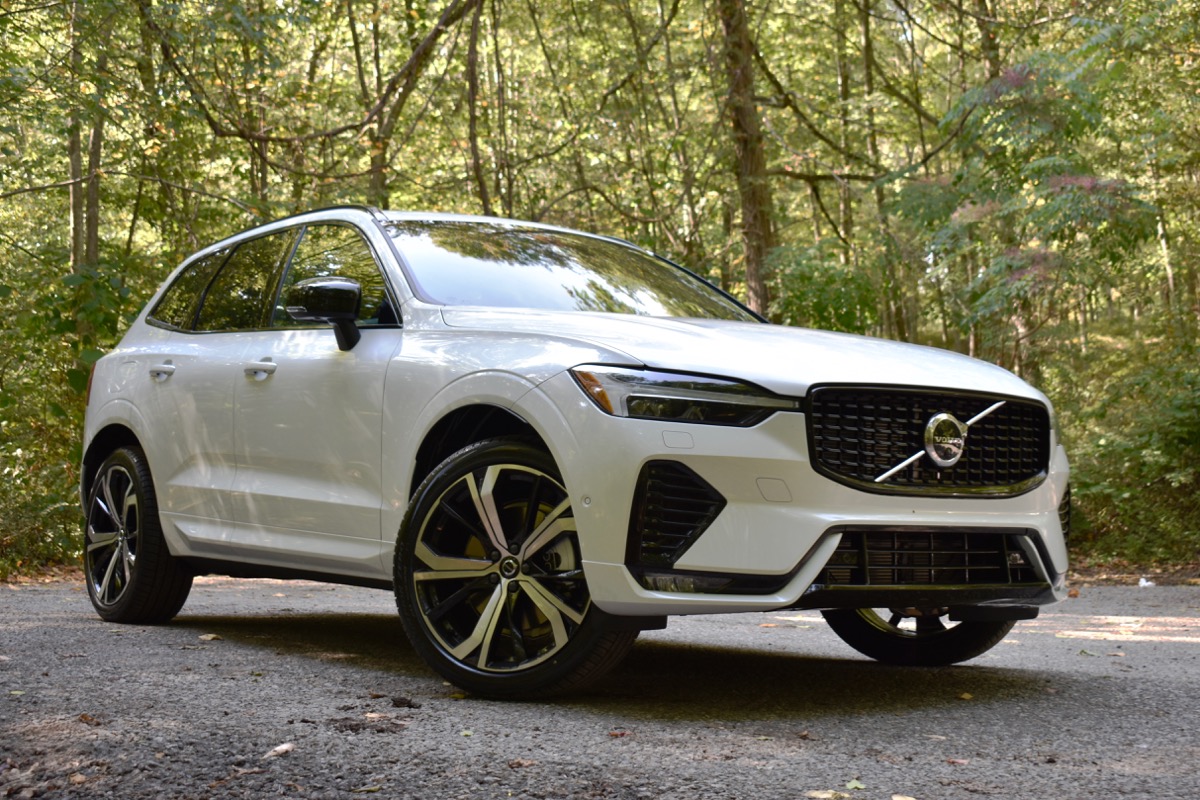 Looking for a New Volvo XC60 in your area?

Volvo’s middle-child crossover SUV gets new powertrains and tech for 2022. 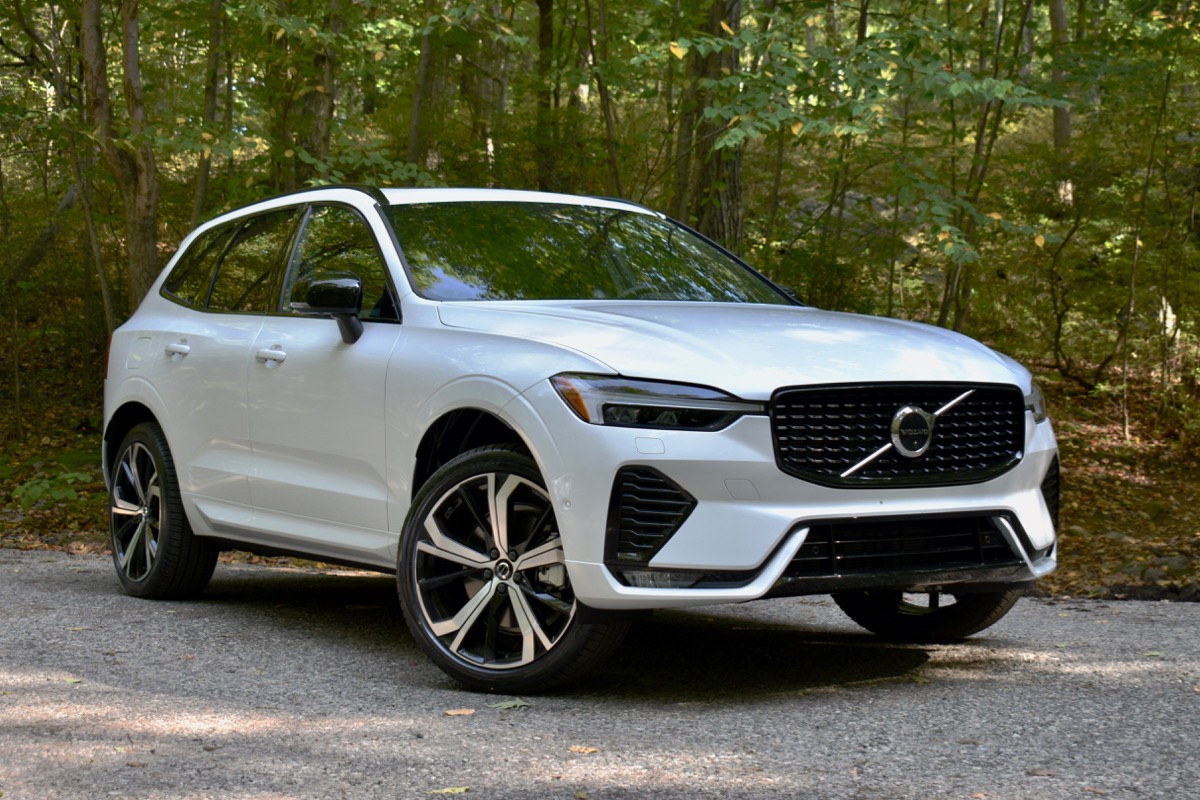 The 2022 Volvo XC60 brings the Swedish automaker’s signature style and solid engineering to one of the most popular luxury SUV segments. Slotting between the XC40 and XC90 in size, the XC60 competes against crossover SUVs like the Acura RDX, Audi Q5, BMW X3, Infiniti QX50, Lexus NX, and Mercedes-Benz GLC-Class. With so many choices, Volvo needed to keep the XC60 fresh. So, the automaker gave it some notable updates for the 2022 model year.

The current version of the XC60, representing the model’s second generation, has been around since the 2018 model year. For 2022, it gets new mild-hybrid powertrains, mildly updated exterior styling, and the Android-based infotainment system previously seen in the electric Volvo XC40 Recharge and Polestar 2.

The reshuffled 2022 XC60 lineup includes the B5 mild hybrid with Momentum, R-Design, and Inscription trim levels, the B6 mild hybrid (which skips the base Momentum trim level), and the carryover Volvo XC60 T8 Recharge plug-in hybrid in Inscription, R-Design, and sporty Polestar Engineered guises. We spent a day driving the B6 R-Design model around New York’s Hudson Valley. 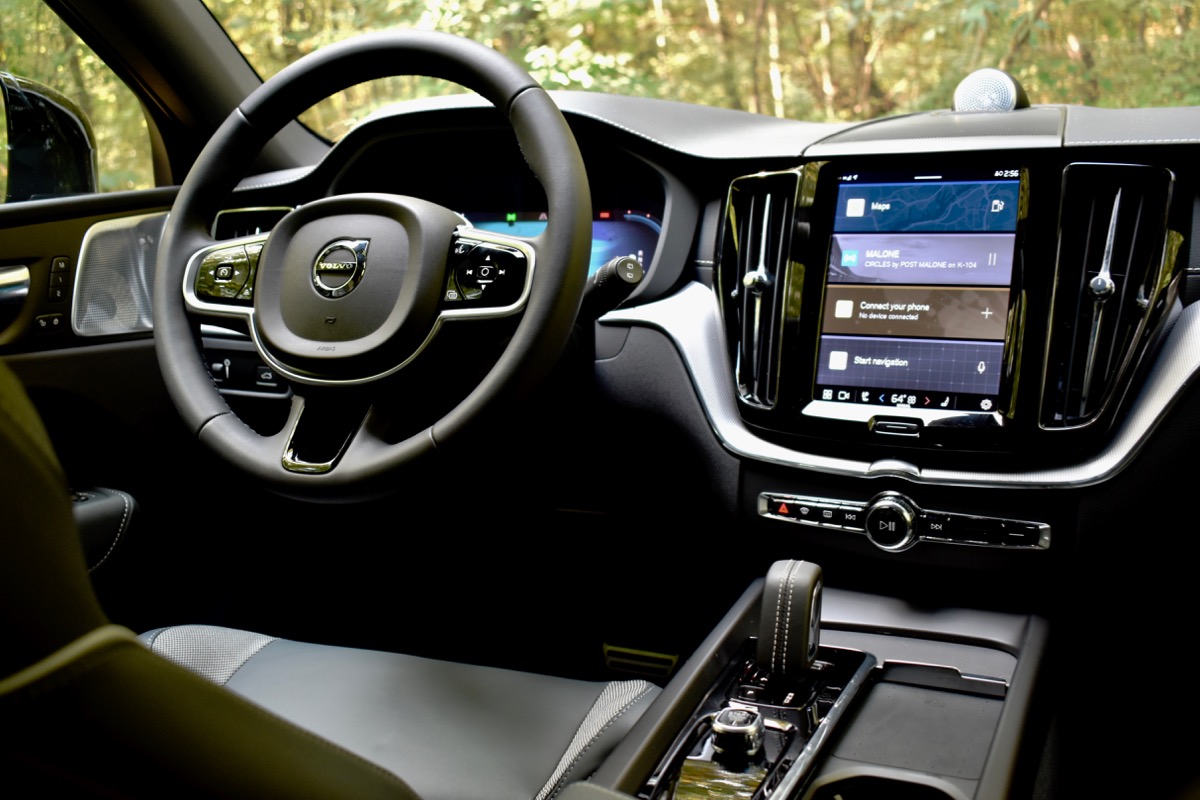 Volvo made some subtle styling changes for the 2022 model year. A new front fascia incorporates what the automaker calls “air blades,” vertical elements on either side of the grille that give the XC60 a slightly sportier appearance. A new rear bumper hides the tailpipes, and all models get new wheel designs. A reworked front grille moves sensors for the driver-assist systems behind the Volvo logo, which is also heated to keep those sensors working in cold weather.

The XC60 is based on the same Scalable Product Architecture (SPA) platform as the XC90, as well as the S90 and S60 sedans and V90 Cross Country and V60 Cross Country wagons.

The interior is largely unchanged except for a new digital instrument cluster, so you still get the same clean design, with a portrait-oriented touchscreen and minimum of excess clutter. Our B6 R-Design test car’s aluminum mesh speaker grilles and elaborately textured seats added some flair, but overall the interior seemed a bit subdued compared to other Volvo models we’ve driven. The XC60 Inscription trim level does get Nappa leather upholstery and a leather-wrapped steering wheel, though. 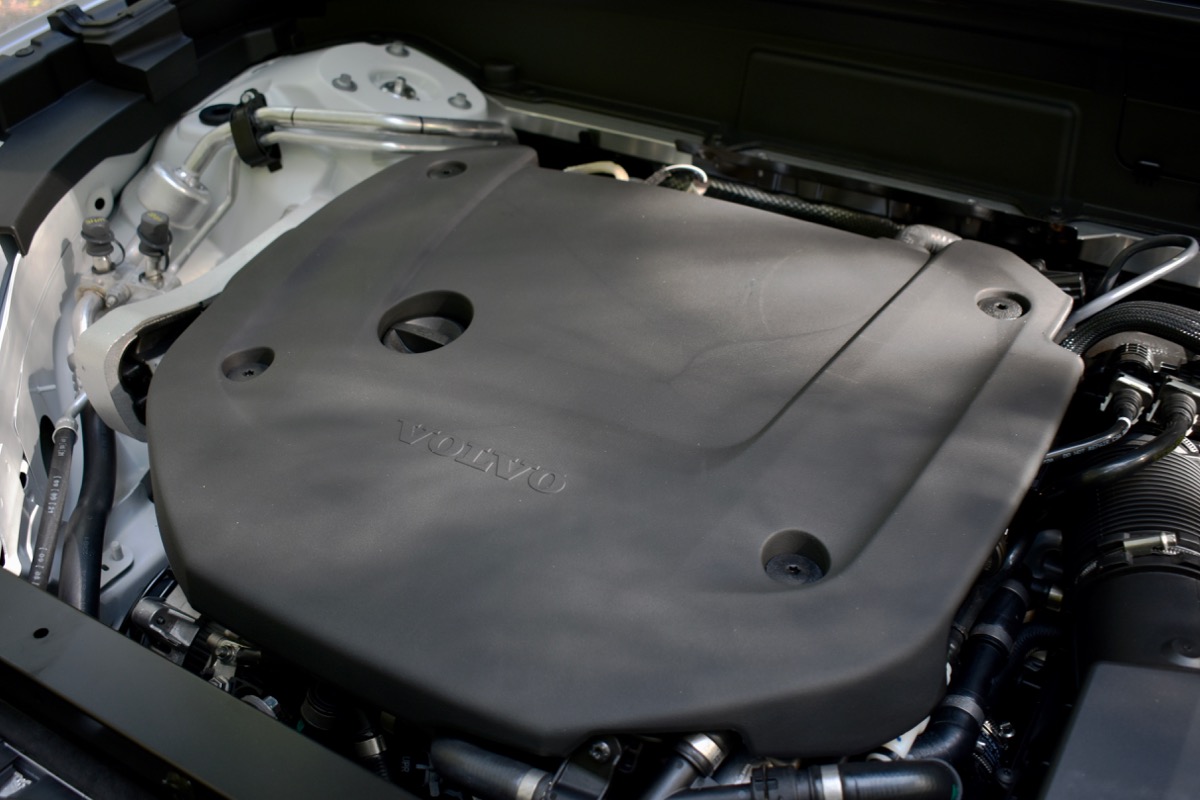 For the 2022 model year, new B5 and B6 mild-hybrid powertrains replace the previous T5 and T6 powertrains, respectively. Both powertrains combines a 2.0-liter turbocharged four-cylinder engine with a 48-volt electrical system and integrated starter generator, which can add 13 horsepower in short bursts. The B6 powertrain also gets an electric supercharger in addition to the turbo.

Output is down a bit from the 2021 XC60’s gasoline-only powertrains, as are acceleration times. Volvo says the XC60 B5 will do zero to 60 mph in 6.5 seconds (6.6 seconds with FWD), while the XC60 B6 will get there in 5.9 seconds. From behind the wheel, the B6 XC60 R-Design didn’t feel slow, and we were impressed by the smoothness of the mild-hybrid system's power delivery.

The XC60 encourages calm, relaxed driving. While it’s decently quick, and showed impressive body control in corners, the XC60’s standout features are its quiet cabin and comfortable ride, which as enhanced by our test car’s optional air suspension. Most other luxury automakers feel obligated to mix some sportiness into every vehicle, usually to the detriment of ride quality. Volvo provides a more old-school experience that emphasizes true luxury over performance.

Volvo also still offers an XC60 plug-in hybrid alongside the new-for-2022 mild-hybrid powertrains. The XC60 Recharge has a 2.0-liter four-cylinder engine that’s both turbocharged and supercharged, an integrated starter generator, and a rear electric motor that enables AWD without any mechanical connection to the front wheels. This more-aggressively electrified powertrain bumps output to 400 hp and 472 lb-ft of torque, and gets the XC60 from zero to 60 mph in 5 seconds, according to Volvo.

Finally, the XC60 Polestar Engineered adds a bit more performance to the plug-in hybrid model. Output increases to 415 hp and 494 lb-ft, while the claimed zero to 60 mph time drops to 4.9 seconds. The Polestar Engineered also gets Öhlins adjustable dampers, Akebono brakes, and a front strut bar. 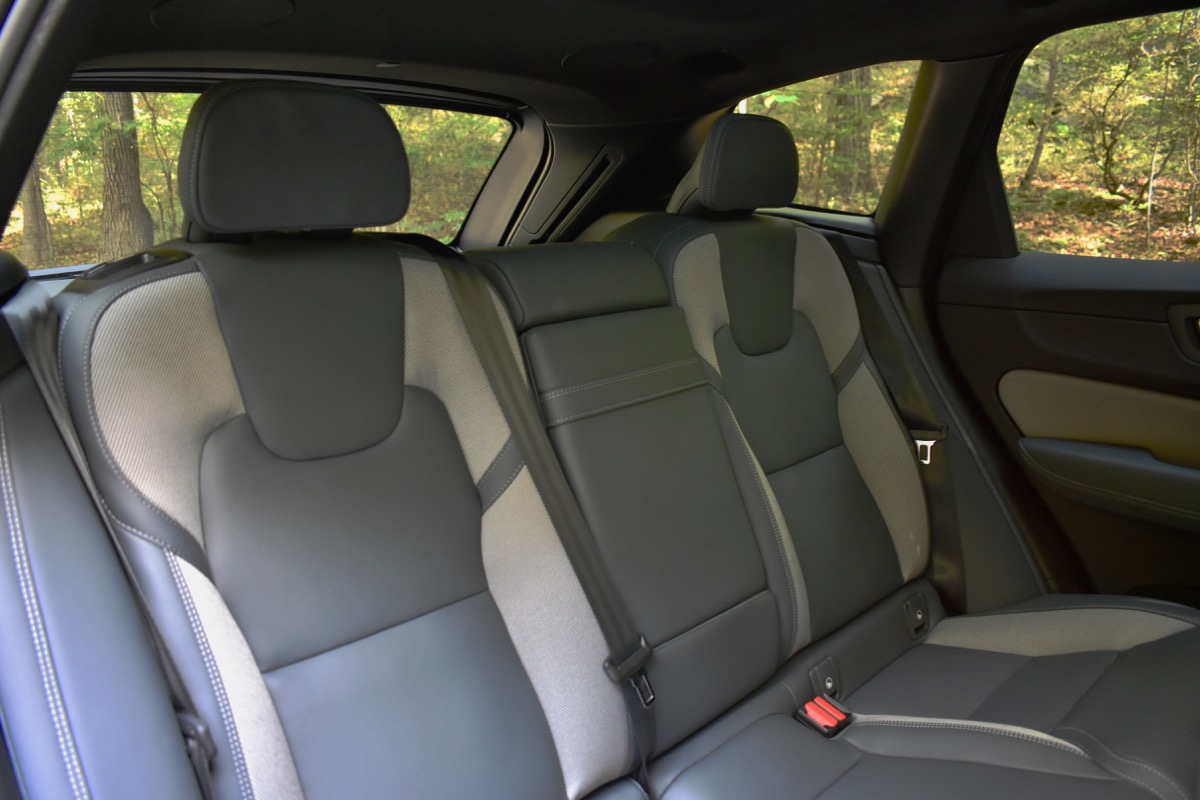 None of the 2022 model year changes affect interior space, so the XC60 remains competitive within its market segment on passenger space. Front-seat headroom is above average, but the XC60 is tied with the Audi Q5 for worst rear-seat headroom. Legroom in both rows is about average for the segment.

The XC60 does at least offer the commanding driving position that is an SUV selling point, with good forward visibility. Despite the somewhat pinched roofline, rear visibility was good as well. Large exterior mirrors also made it easy to drive without being reliant on the XC60’s various driver aids. 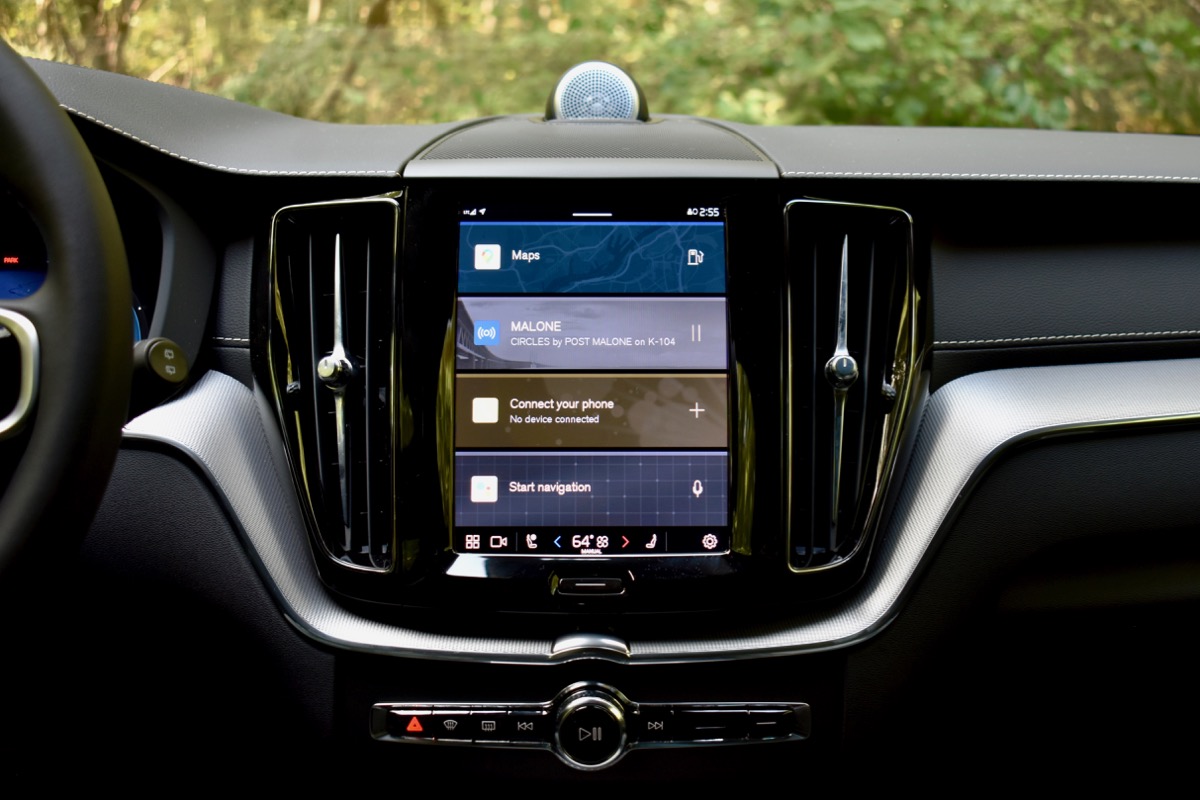 The XC60 gets a tech overhaul for the 2022 model year. You still get a 9-inch touchscreen, but it now runs the Android Automotive operating system. A 12.3-inch digital instrument cluster is included as well, along with Bluetooth and a built-in WiFi hotspot. A head-up display and upgraded audio systems from Harman Kardon or Bowers & Wilkins are also available.

The new operating system means Android-specific features are now baked into the infotainment system. Voice control is provided by Google Assistant, while navigation is provided by Google Maps. Android users can also sync their profiles with the car, and the Google Play Store also access to third-party apps like Spotify. The new system also enables over-the-air (OTA) software updates.

You don’t have to have an Android phone to use this infotainment system; Volvo promises full iPhone compatibility as well. However, you won’t get the added functionality of syncing your Google profile to the car.

We liked the system’s graphics but, since everything defaults to a Google-based design, Apple users may have other opinions. The infotainment redesign also brings a new layout, with sideways swiping to access individual menus. We found that to be a sensible way to make the most of the available screen space.

The digital instrument cluster can display a map in between the speedometer and tachometer, but Volvo also included a “Calm” setting that removes the map to minimize distraction. 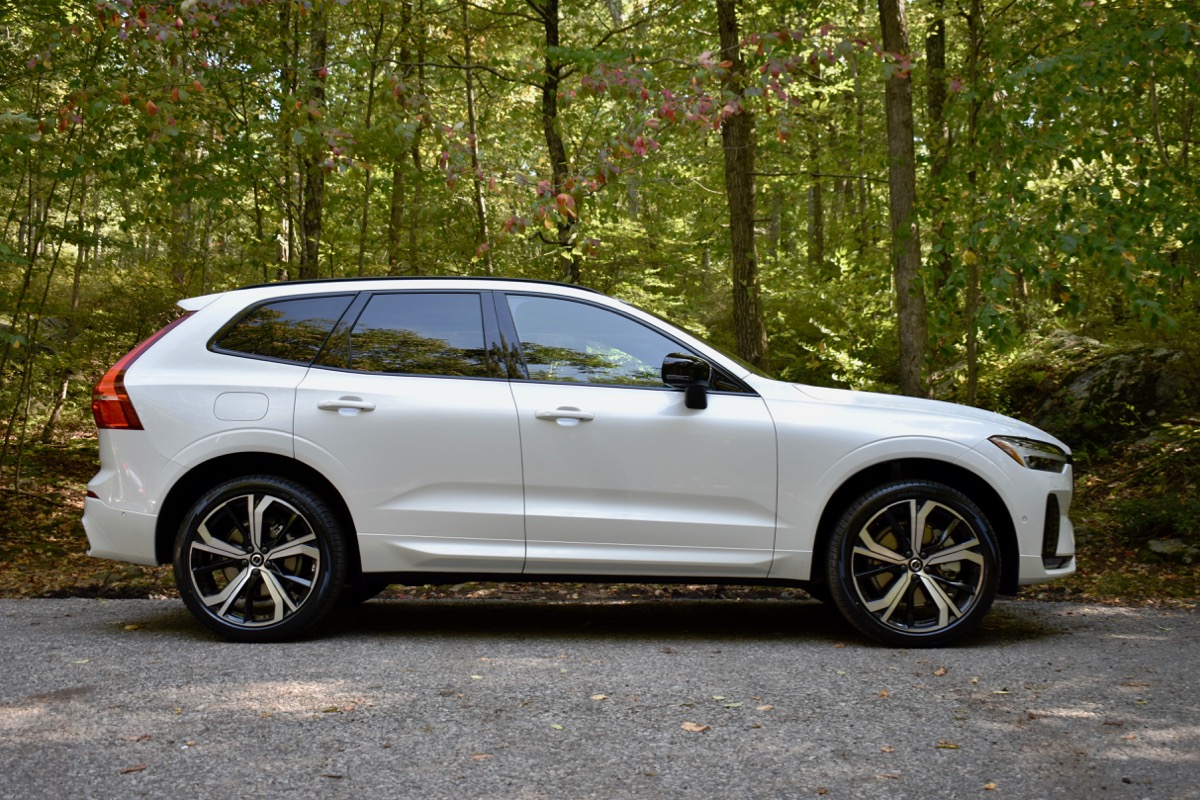 The Insurance Institute for Highway Safety (IIHS) hasn’t released crash-test ratings for the 2022 XC60, but the similar 2021 model received the organization’s highest “Top Safety Pick+” rating. The National Highway Traffic Safety Administration (NHTSA) hasn’t published safety ratings for the 2022 XC60 either, but the 2021 model received a five-star overall rating, with five stars in frontal and side crash tests, and four stars in rollover crash tests.

Standard safety features include forward-collision warning, automatic emergency braking, lane-departure warning, lane-keep assist, automatic post-collision braking, a driver-attention monitor, traffic-sign recognition, blind-spot monitoring, and rear cross traffic alert. New for 2022 are a Ready to Drive Notification (tells the driver when vehicles ahead are pulling away from a stop) and Emergency Stop Assist, which is designed to automatically stop the car in its lane if the driver is incapacitated.

Volvo’s Pilot Assist driver-assistance system is also available as part of an option package. This essentially combines adaptive cruise control and automated lane centering into one system that can help the drive maintain position on highways. Volvo was one of the first automakers to offer this tech on a production vehicle, but most competitors now have their own versions. So while Pilot Assist works fairly well, as far as these systems go, it’s no longer a standout feature. 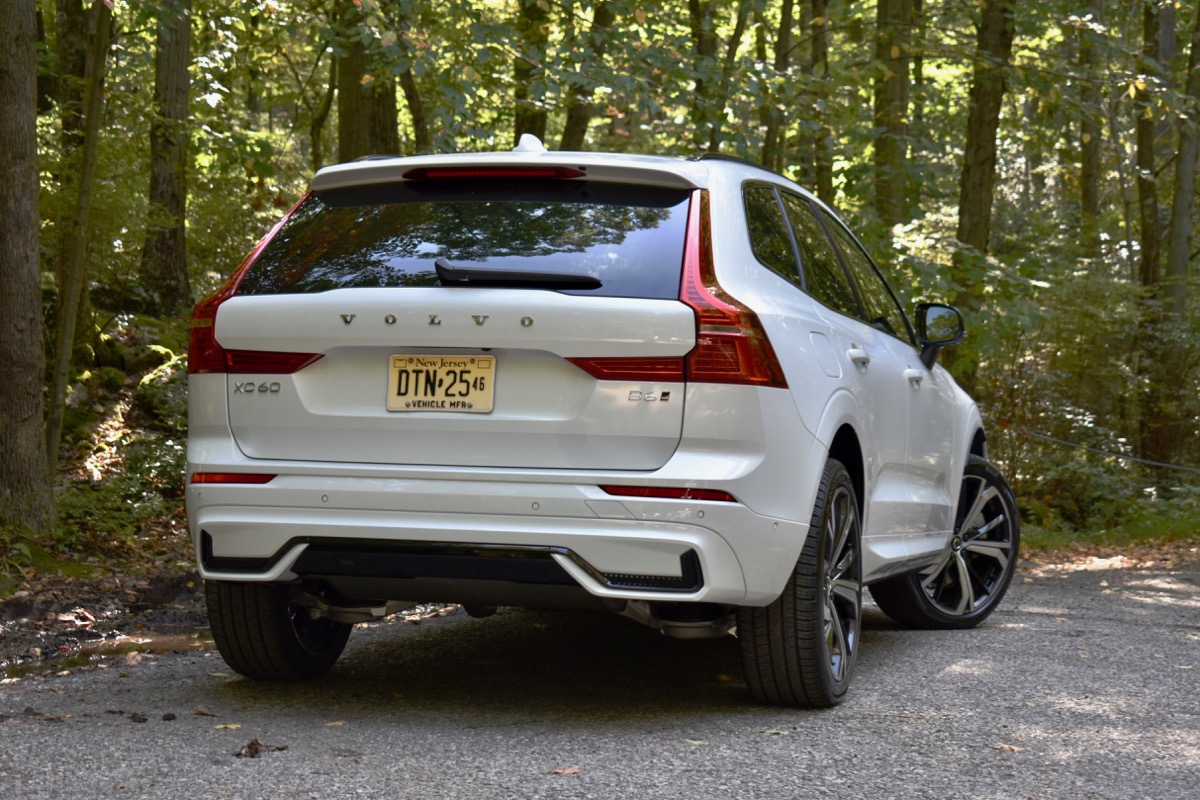 Pricing starts at $43,745 for a base XC60 B5 Momentum with FWD (all prices include a mandatory $1,095 destination charge). Our AWD B6 R-Design test car had a $56,195 base price, but options like heated rear seats, a heated steering wheel, Pilot Assist, air suspension, and 21-inch alloy wheels, drove the as-tested MSRP up to $65,890. It’s possible to spend even more than that, though, as the Polestar Engineered plug-in hybrid starts at around $70,000 before options.

With key features like AWD and the Pilot Assist driver aid relegated to extra-cost status, the XC60 isn’t a great value proposition. However, that’s also the case with most competitors. Volvo stands out among that competitive set with distinctive design, good driving dynamics, and an emphasis on safety and electrified powertrains. So if you’re committed to spending the extra money on a luxury vehicle, the 2022 Volvo XC60 is definitely worth a look.

cvdmiami2 I love the Volvo XC 60, as well as the XC 90, the XC 90 does have more space, yes it is a little larger and heavier; but not that much to be a big negative factor if you want a medium size SUV. I like the way they look, the materials inside the Volvo use is luxurious.

Enter your zip to see incentives for a new XC60 in your area.