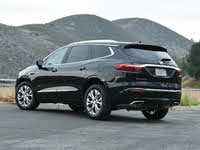 Looking for a New Buick Enclave in your area?

The 2021 Buick Enclave is easy to like, but it falls short when it comes to technology and value for the money. 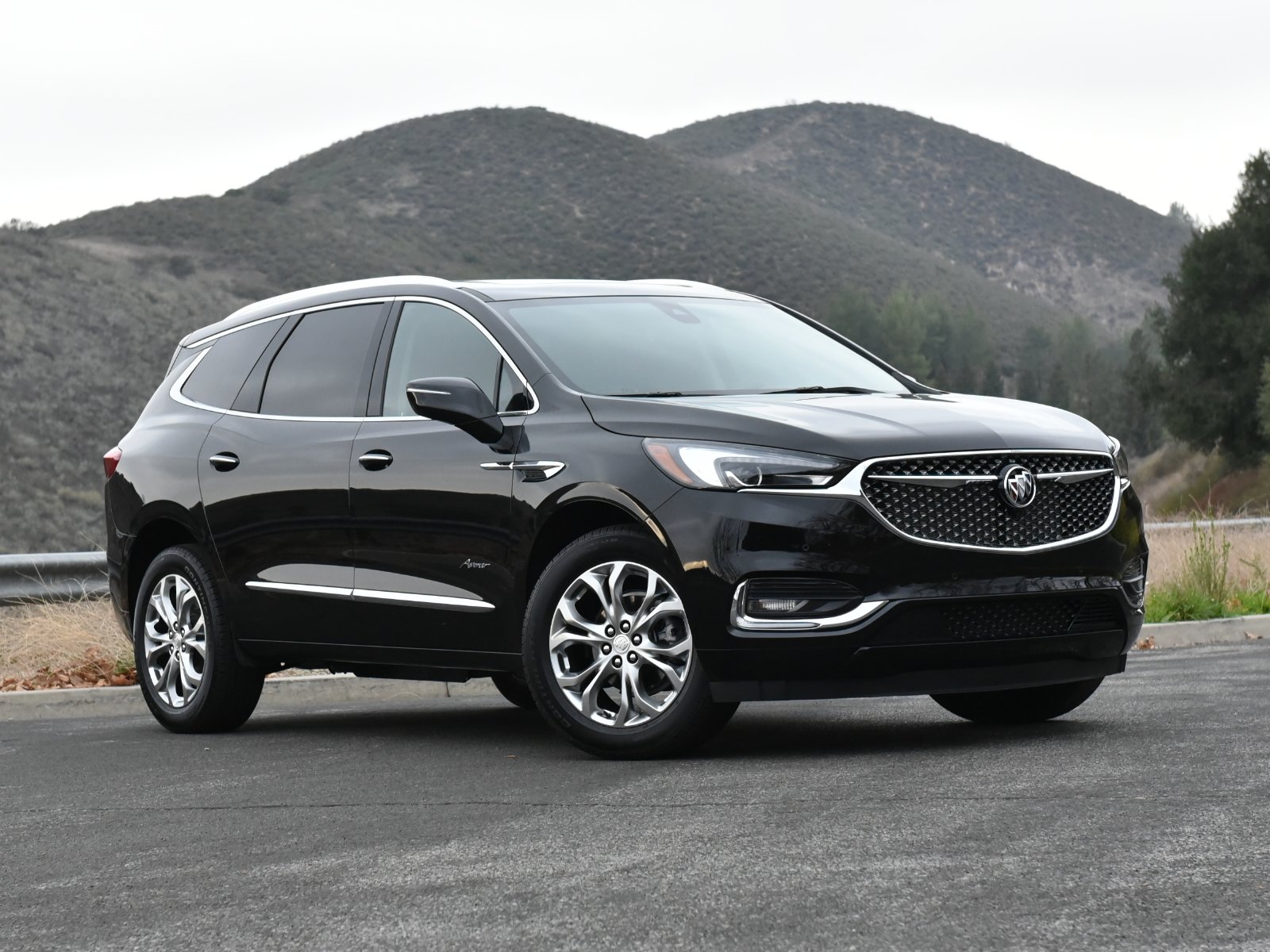 Buick’s best crossover SUV is its biggest crossover SUV, and especially when equipped with its top trim level. The 2021 Buick Enclave Avenir is stylish and upscale, roomy and quiet, and powerful, and athletic. More than any other vehicle in the automaker’s four SUV lineup, the Enclave is what best represents Buick’s past, if not its electrified future. But this SUV certainly is no bargain. 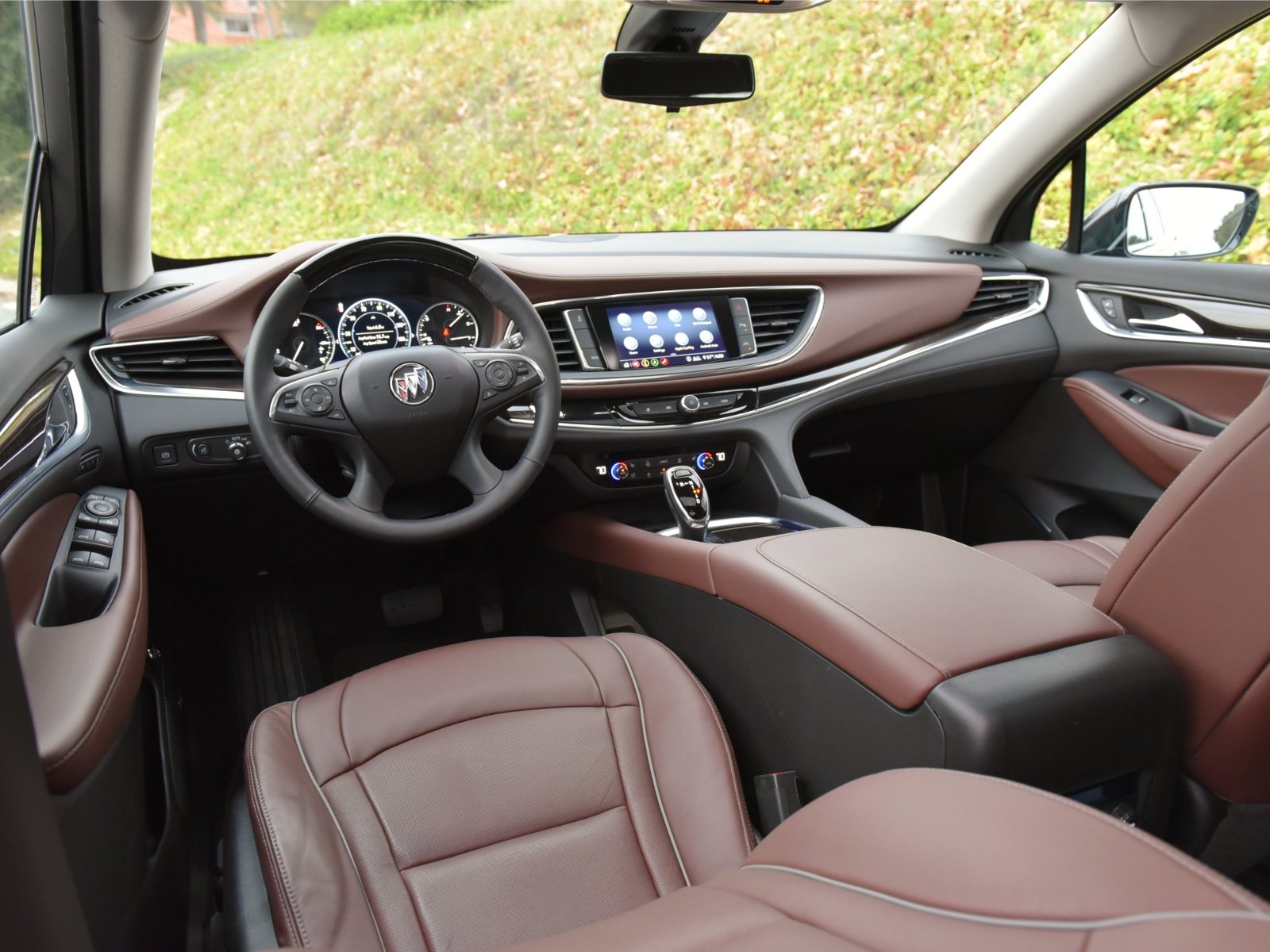 Once upon a time, Buicks were big, shiny, impressive things. Then, during what is called the Malaise Era of automotive design and marketing, they weren’t.

It took a long time for Buick to recover from the mistakes that fell like dominoes to cripple the brand’s potential for success. Solely because Buicks are popular in China, it survived as one of four remaining brands after the 2009 General Motors bankruptcy.

Thereafter, it found solid footing as a repository for globally-sourced and rebadged GM vehicles like the Encore (South Korea) and Regal (Germany). Just a couple of years ago, Buick sold a convertible (Cascada), a sports wagon (TourX), a sport sedan (Regal GS), and a plush luxury car (LaCrosse). But it was the big, shiny, impressive, American-made Enclave that tethered Buick to its glorious past while addressing consumer preferences for SUVs in the present.

That’s still true today. The Enclave is the largest of four SUVs that Buick sells, and by a wide margin. The others—the Encore, Encore GX, and Envision—are all on the small side. What happened to the cars? They’re all gone. You didn’t want to buy them.

Buick sells the Enclave in Preferred, Essence, Premium, and Avenir trims. Pricing ranges from just over $41,000 to just under $55,000, including the $1,195 destination charge. It competes with higher-priced three-row SUVs from mainstream brands and lower-priced versions of luxury models.

It certainly has the looks to take on premium-priced SUVs. The Enclave looks great, and Avenir trim adds extra presence through a unique grille pattern, extra brightwork, and unique 20-inch wheels with a polished finish.

The upscale theme continues inside of the Enclave Avenir, where organic forms, a minimalist approach to instrumentation and controls, and tasteful polished accents dress up the available two-tone interior treatment. Soft, perforated, piped, and embroidered leather imparts a sense of luxury, but the Enclave Avenir’s wood is not the real deal.

Simplicity rules inside of the Buick Enclave, except for the fussy electronic transmission shifter. But you get the hang of it in short order. 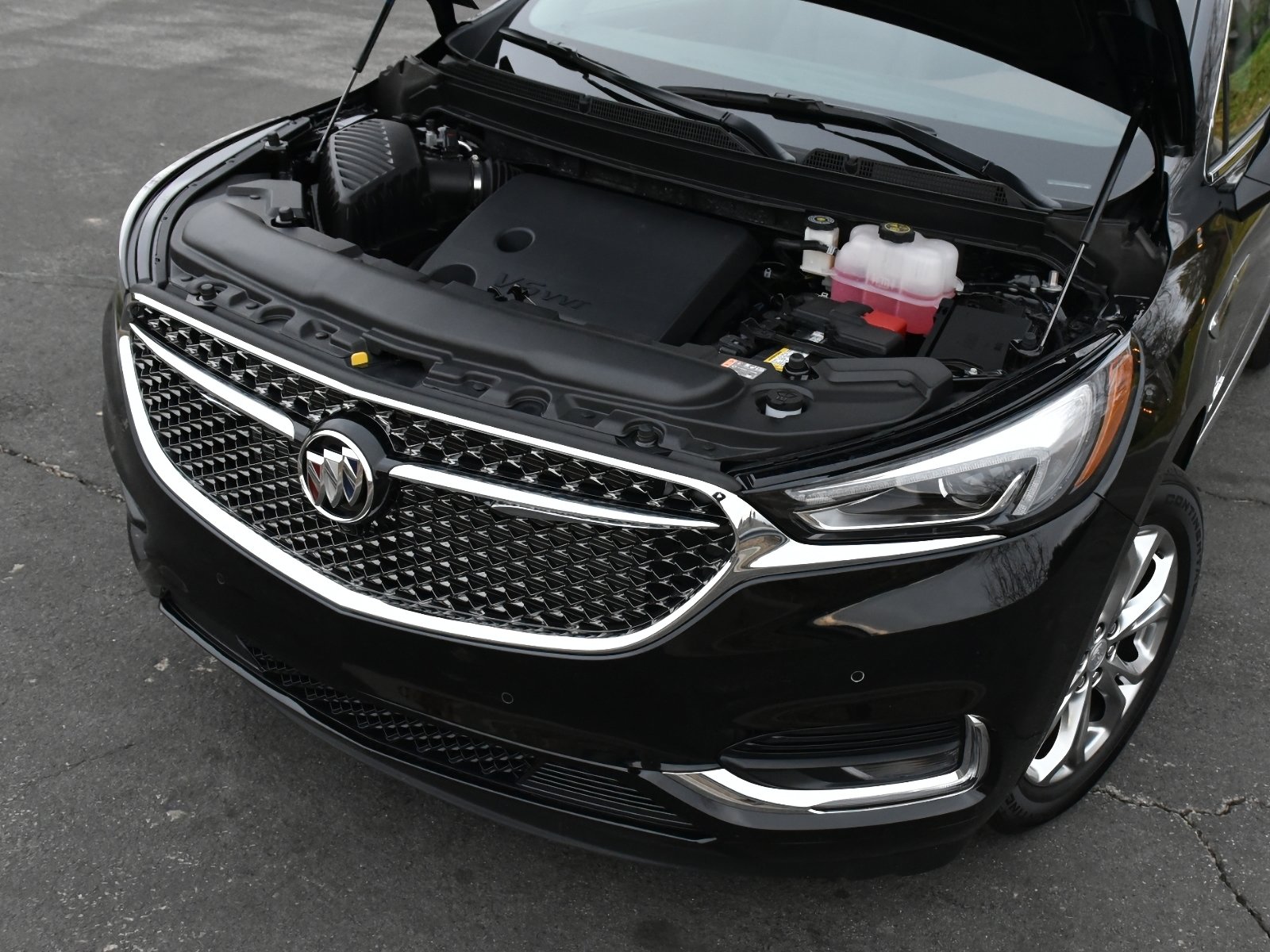 Simplicity also rules under the Buick Enclave’s hood. Every version of this SUV has a 3.6-liter V6 engine, a nine-speed automatic transmission, and a choice between front-wheel drive (FWD) and all-wheel drive (AWD).

The V6 generates 310 horsepower at 6,800 rpm and 266 pound-feet of torque at a remarkably low 2,800 rpm. Usually, only turbocharged and supercharged engines develop their maximum torque that low in the engine’s rev range. When the Enclave is properly equipped, the maximum tow rating is 5,000 pounds.

Acceleration is strong, thanks in part to the V6’s low torque peak. The Enclave drives like a smaller SUV, even if its height, width, and length are regular reminders that it’s one of the largest models in its segment. The nine-speed automatic never gets a shift wrong, either. Because our test vehicle had FWD, it was easy to spin the tires momentarily before the traction control stepped in to restore Buick-style grace and civility.

The suspension is sensational. During testing on our 140-mile loop, it proved its worth time and time again. From driving over speed humps on a residential street to sluicing down a steep canyon road, and from handling pockmarked urban pavement surfaces to serenely gliding down the highway in QuietTuned comfort, the Enclave’s ride and handling proved perfect for a wide variety of driving environments.

Furthermore, at no time did we wish for changes to the steering assist effort levels or the brake pedal response and feel. If anything, Buick could quicken the steering response a bit.

As for fuel economy, the EPA rates the Enclave to get 21 mpg in combined driving. We averaged 21.2 mpg on our testing loop. Multiply that by the Enclave’s 21.7-gallon fuel tank, and you can travel up to 460 miles on a full tank (though you’ll stop for gas around the 420-mile mark). 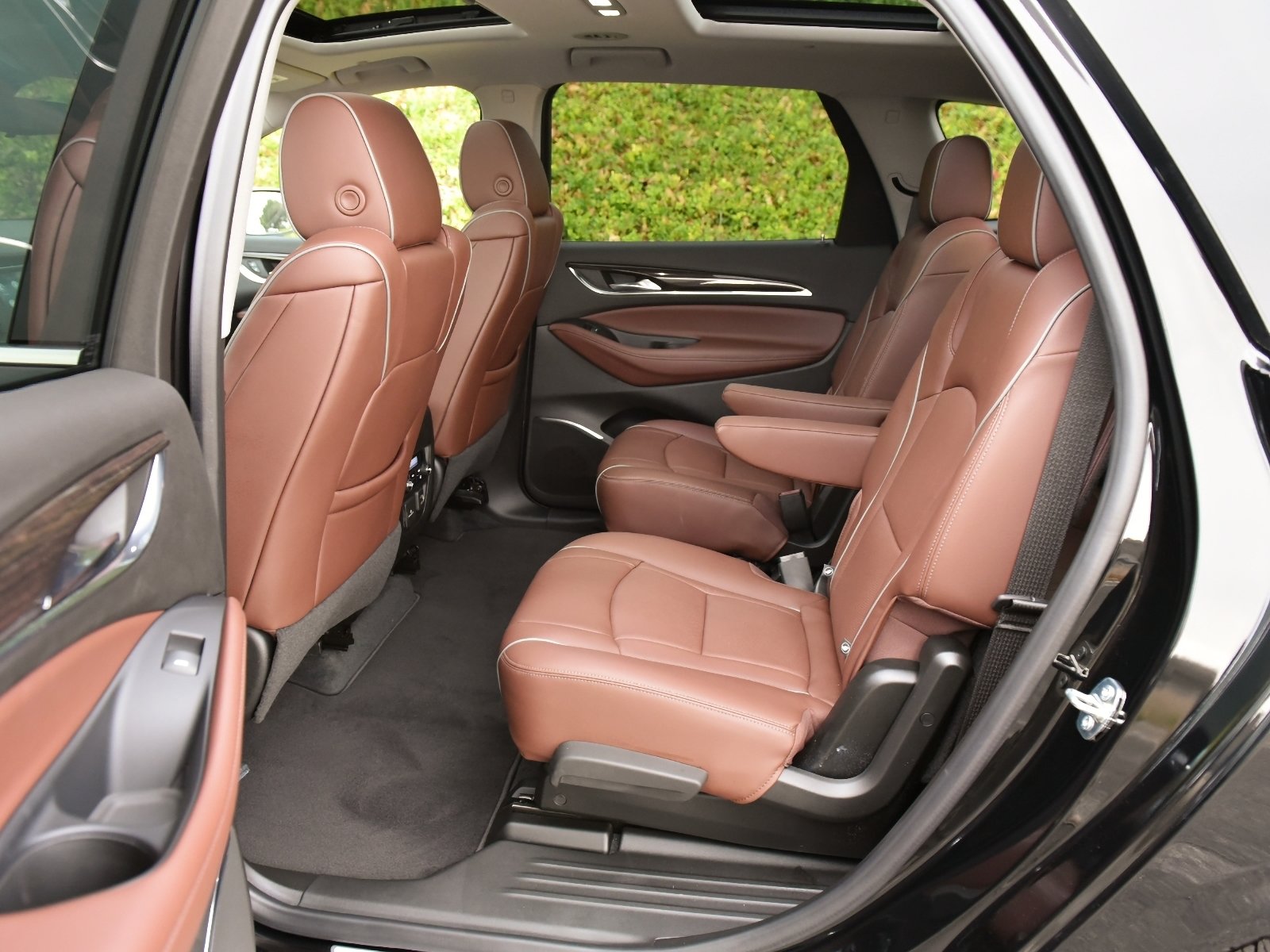 The Buick Enclave is one of the largest SUVs in its class. Wide, long, and roomy for six people (seven if you squeeze), it is one of the most comfortable and quiet vehicles in its segment. In addition to Buick’s signature QuietTuning effort, both Active Noise Cancellation and laminated windshield glass are standard to help ensure the Enclave’s cabin is calm and serene.

The Avenir has a 12-way power-adjustable driver’s seat, including four-way power lumbar support with a basic massaging function. Front passengers get a 10-way power-adjustable seat with a matching massage. The seats are heated, ventilated, and wrapped in soft leather. The wood-and-leather, power tilt-and-telescopic steering wheel includes automatic heating, too.

A stylish center console flows cleanly between the seats, densely padded for comfort and offering storage both under the transmission shifter and in a bin beneath the center armrest. A cover hides the unsightly cupholders when they are not in use.

One of the benefits of this Buick’s size is a genuinely useful third-row seat. Though not as roomy as what you’ll find in a Volkswagen Atlas, the Enclave’s rearmost accommodations rank on par with the popular Hyundai Palisade and Kia Telluride in terms of comfort. Entering and exiting through the Enclave’s huge rear doors and between the captain’s chairs is also fairly easy.

There is commendable room behind the third-row seat, where space measures 23.6 cubic feet. Fold the third row down and the Enclave supplies an impressive 58 cubic feet of space. The maximum measurement with the second-row seats folded down is 97.6 cubic feet. 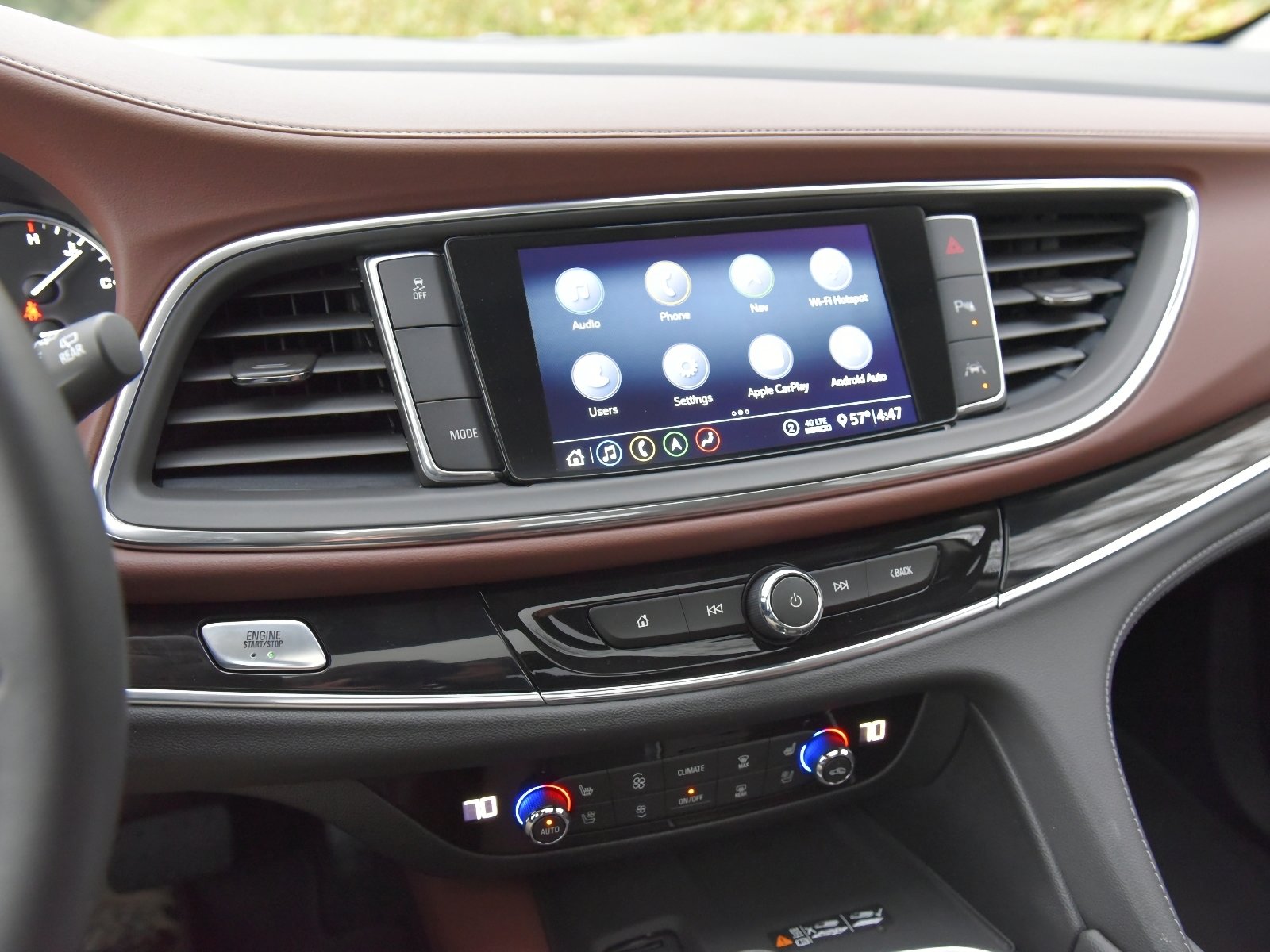 If Buick wants to compete in the premium SUV segment, it’s going to need to improve its infotainment technology game.

Before we explain why, first understand that the existing Buick Infotainment System technology in the Enclave meets basic expectations. It responds quickly to inputs, the voice recognition technology is up to par, and the user interface is simple and logical with pleasing graphics.

Where this technology increasingly falls short is with regard to screen size, smart home digital assistant integration, and high-end audio components. The Avenir’s 8-inch touchscreen display is the biggest one available, this Buick doesn’t offer Amazon Alexa or Google Assistant integration, and the 10-speaker Bose sound system pales in comparison to what you can find in other SUVs in the segment. Plus, Buick’s free trial periods to connected services are remarkably short before you need to sign up for monthly or annual subscriptions.

One neat feature is the available rear camera mirror. It shows a live video view of what’s behind the Enclave on the rearview mirror that’s mounted to the SUV’s windshield. Flip a switch on the bottom of the mirror, and it changes the view from the standard reflection to the video feed. It’s useful in the Enclave. 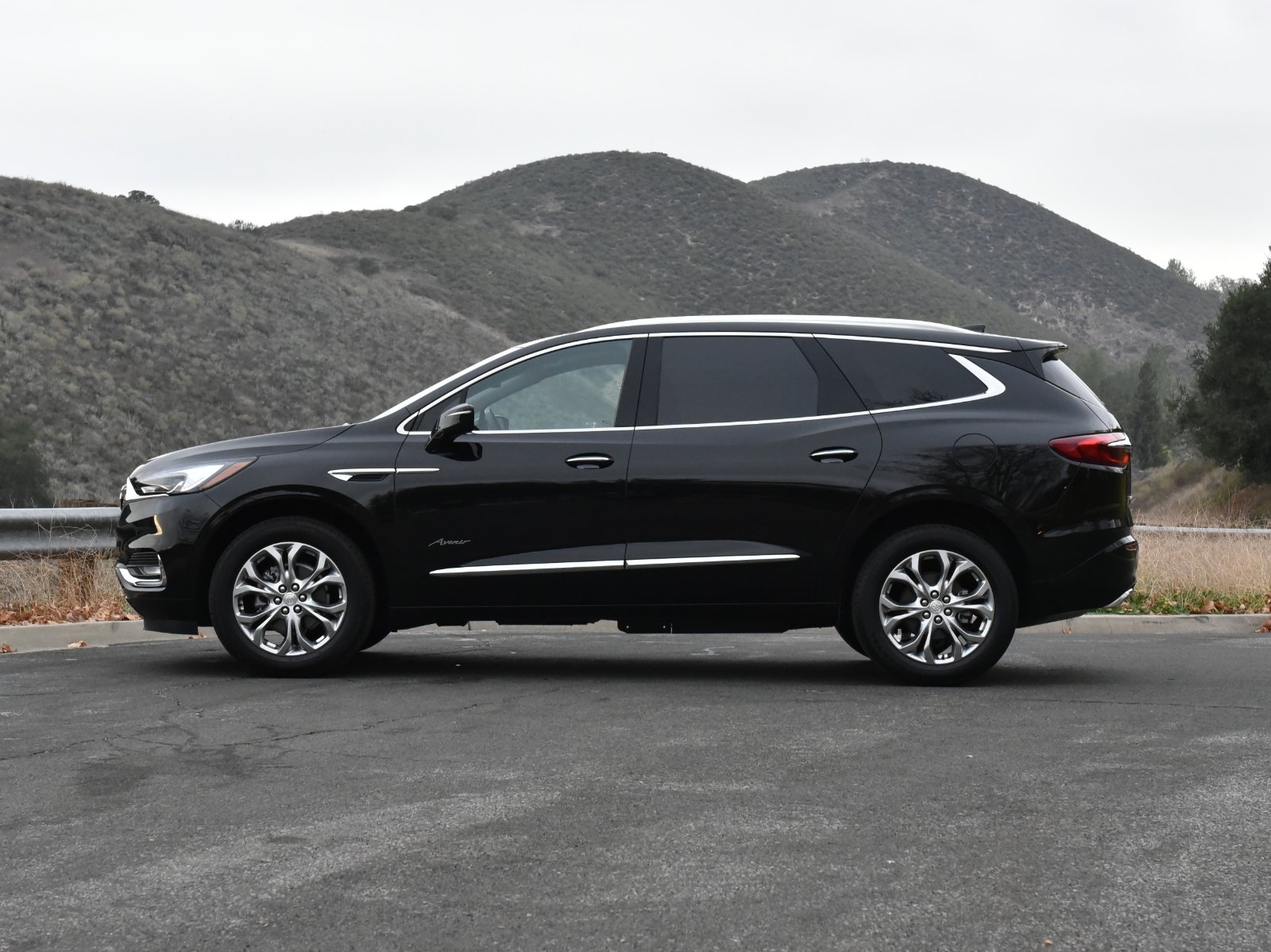 Buick also needs to improve when it comes to its safety systems. They work well, but Buick restricts features that come standard on a basic Nissan Sentra or Toyota Corolla to the most expensive of the Enclave’s trim levels.

For example, if you want blind-spot monitoring and rear cross-traffic alert, you need to upgrade from Preferred to Essence trim. More surprising is Buick’s limitation of the Driver Confidence Plus Package to the standard equipment lists of the Enclave Premium and Avenir trim levels.

This package installs features including forward-collision warning with pedestrian detection, low-speed automatic emergency braking, lane-departure warning with lane-keeping assist, automatic high-beam headlights, and front and rear parking sensors. It also includes a Safety Alert Seat, which vibrates to get the driver’s attention when one of these systems requires it.

If you want adaptive cruise control with enhanced automatic emergency braking that works at highway speeds, you need to buy the Enclave Avenir and then purchase the optional Avenir Technology Package. Buick does not offer a lane-centering assistance function, or a rear automatic-braking function, or a self-parking function, or any kind of Level 2 driving assistance technology let alone GM’s impressive Super Cruise hands-free semi-autonomous driving system.

It’s entirely possible that Buick’s internal research shows that its buyers don’t want all of this stuff. If that’s true, it makes no sense for the automaker to add it if people who buy Enclaves don’t want it. At the same time, these omissions and restrictions on availability make the Enclave increasingly uncompetitive in the area of safety, which is typically of paramount importance to people who buy family-sized SUVs.

If a collision occurs, the Enclave does a good job of protecting you. The National Highway Traffic Safety Administration (NHTSA) gives it a five-star overall rating, though frontal-impact protection rates four stars due to a four-star front passenger rating. The Insurance Institute for Highway Safety (IIHS) applies high marks across the board, but a Marginal headlight performance rating prevents the SUV from earning a Top Safety Pick accolade. 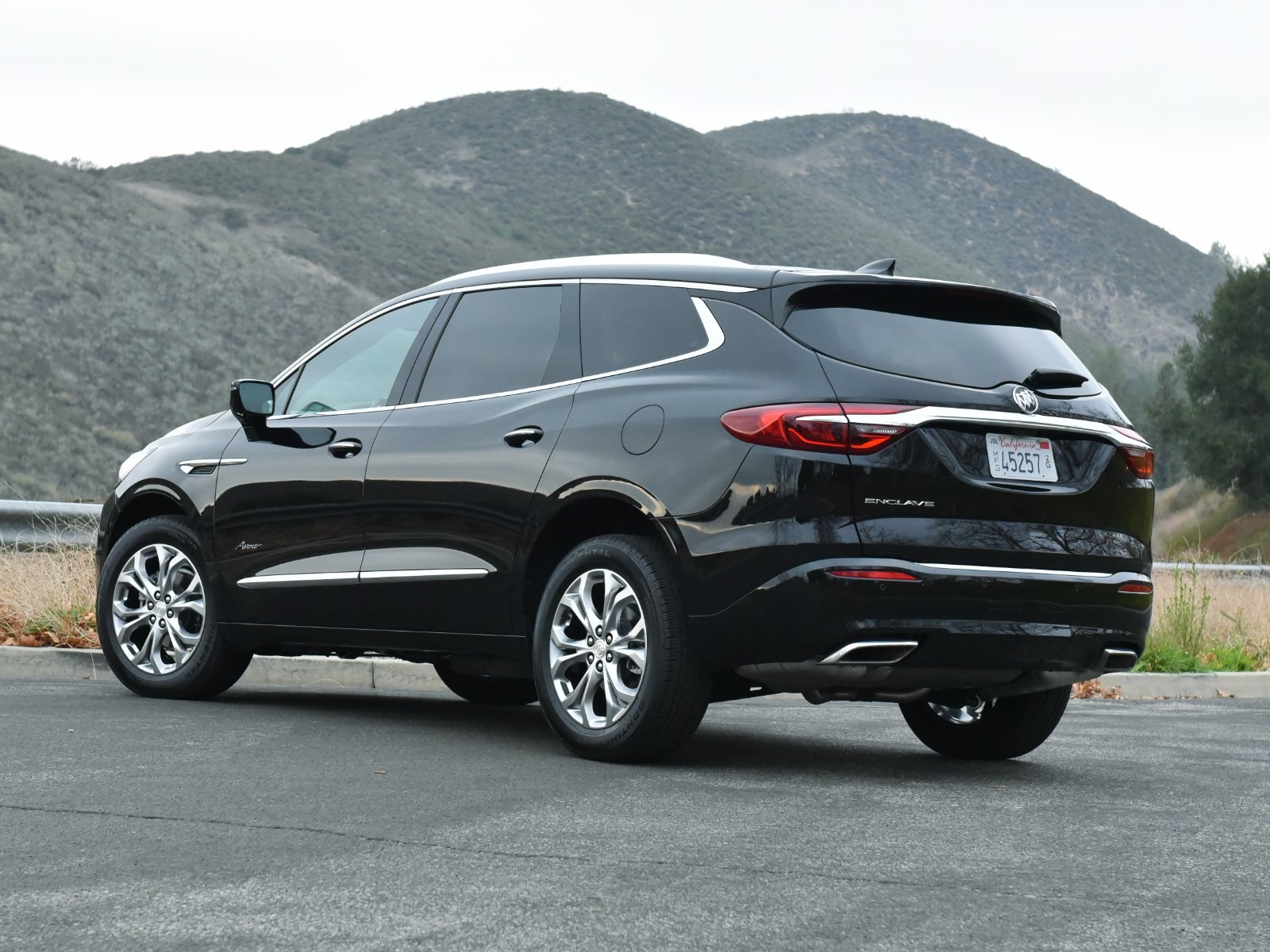 Buicks cost more than Chevys, but less than Cadillacs. Whether you perceive one to be a cost-effective choice is entirely dependent on your perspective. If you cross-shop the 2021 Enclave with the Cadillac XT6, it seems like a bargain. Compared to a loaded Chevy Traverse, it doesn’t.

A problem for Buick is that some competitors don’t need to worry about putting artificial daylight between their SUVs and either luxury or mainstream alternatives underneath the same automaker umbrella. Take, for example, the Mazda CX-9. Sure, it’s smaller than the Enclave, but Mazda is moving right into Buick’s premium-brand neighborhood and isn’t pulling any punches as it stakes out territory. And rumor has it the next-generation CX-9 is going to grow thanks to a new rear-drive vehicle architecture.

Over at Hyundai Motor Group, the Genesis GV80 is something entirely different from the Hyundai Palisade and Kia Telluride. That allows Hyundai and Kia to lavish quality and luxury on their top-trim SUVs without worrying that such action will cannibalize sales from the Genesis. Check out a Palisade Calligraphy or Telluride SX Prestige, and you’ll see what we mean.

It doesn’t help that Buick and GMC are sold in the same dealerships. Unless you absolutely require the Enclave’s roomier third-row seat and larger cargo area, the GMC Acadia Denali is an attractive alternative at a lower price.

Another cost-effectiveness killer is how Buick restricts access to safety features and asks Enclave Avenir buyers to pay extra for adaptive cruise control and automatic emergency braking that works at highway speeds. Unless you like plain white, every paint color costs extra, too, and free trial periods to connected service plans are short.

Unsurprisingly, rebates and other incentives to help sell Buicks are common. As this review is written, the Enclave has up to $6,750 in cash to customers sitting on the hoods of leftover 2020 models, while 2021s offer a $4,250 allowance. There are lease deals and zero-percent financing deals, too.

These discounts make the Buick a better value proposition. Without them, the 2021 Buick Enclave is overpriced and cannot match competitors for value.

Have you driven a 2021 Buick Enclave?
Rank This Car

Enter your zip to see incentives for a new Enclave in your area.

Do You Have Lease Programs?