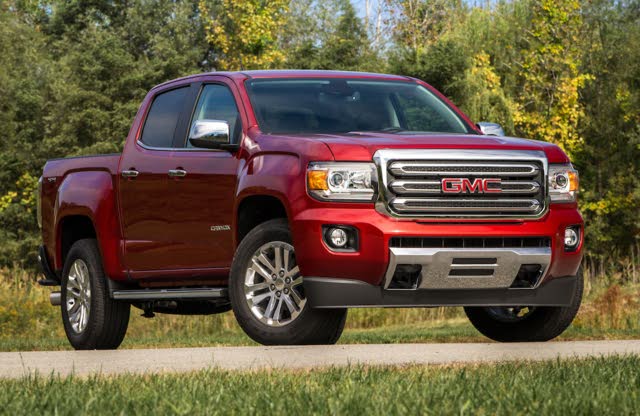 The midsize truck market has made quite the comeback in the past decade. Many of the traditional big-truck players are back to offering smaller pickups, imbuing them with the latest technology and additional creature comforts. One of the more capable and comfortable options in this segment is the 2020 GMC Canyon.

Given that it’s been around for half a decade, the Canyon’s styling is still quite contemporary. The rear bumper of the Canyon features helpful steps cut into the corners that operate as tailgate step-ups without the need for complicated mechanized steps.

The Duramax 2.8-liter turbocharged 4-cylinder diesel engine joined the engine lineup in 2016. It makes 181 hp and an impressive 369 lb-ft. When properly equipped, the diesel Canyon can tow up to 7,700 pounds, which is among the best in the midsize-truck class. The gas V6 can tow up to 7,000 pounds, while the gas 4-cylinder can tow 3,500 pounds.

The Canyon is available in Extended Cab and Crew Cab configurations. The Extended Cab has rear half-doors and minimal space behind the front seats, while the Crew Cab is a full 4-door truck. Trims for the Canyon are Base, SLE, SLT, All Terrain, and Denali.

The base Canyon comes pretty well equipped, with features like two USB ports, Bluetooth connectivity, and a 7-inch touchscreen infotainment system equipped with Apple CarPlay and Android Auto. It also comes with a reversing camera and GM’s Teen Driver System.

GMC also offers an All Terrain trim, which adds some off-road-ready gear, such as off-road suspension, hill-descent control, and a shield for the transfer case.

The Denali is the luxury truck, and its reputation precedes it. The Denali is loaded with leather, heated and cooled seats, chrome details inside and out, and fetching woodgrain interior panels.

A new addition for the 2020 Canyon is the availability of a Driver Alert Package. This package includes forward-collision warning and avoidance, as well as lane-departure warning. The All Terrain package also adds standard Tire-Fill Alert.

The GMC Canyon, and its sibling, the Chevrolet Colorado, have both been around for a while now. Minor updates hold us over until a refresh, which could be as early as 2021.

Jclay15gs Can we say Syclone?

Have you driven a 2020 GMC Canyon?
Rank This Car