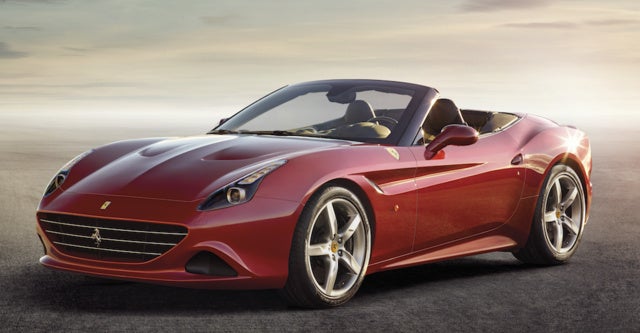 Since 2008, the Ferrari California and turbocharged California T have been a sales success, but during the summer of 2018, Ferrari is introducing a replacement hardtop convertible four-seater model called the Portofino for 2019. The facelifted version of the California, called the California T, was introduced in 2015. Since it’s an outgoing model that has been recently introduced, the California T goes into 2018 with no changes to speak of, continuing as both the entry-level Ferrari and the most suitable as a daily driver.

Under the hood is a 3.9-liter twin-turbo V-8. Since the F40, Ferrari had shied away from turbochargers, but more recent Ferrari models have followed the wider trends of forced induction. The California T makes 553 horsepower and 557 pound-feet of torque, driving through a 7-speed paddle-shifted transaxle. Fuel economy isn’t impressive at 16 mpg city, 23 highway, and 19 combined, but it’s not a big consideration when the car in question costs $200,000.

The California T is more cruiser and GT than track day warrior, but it would be unfair to call this car soft. Indeed, it comes packed with the kind of performance technology that we’ve all come to expect from Ferrari, including magnetic dampers as well as adjustable ride control and carbon-ceramic brakes. Compared to the original California, the California T has generally tighter steering and better balance since its engine is mounted lower in the chassis. Along with the extra power and cleaned up looks, it’s a clear cut above the car it replaced.

As a hardtop convertible, the California T gives the best of both worlds – open-air motoring when you want it and a tight and quiet closed cockpit when you don’t. The roof opens and closes quite quickly in just 14 seconds. The cockpit itself features Ferrari hallmarks like the manettino selector and prominent paddle shifters, and it also has touchscreen stereo controls as well as a USB port. Navigation and even cupholders are also standard. Two rear seats are a welcome feature from a carmaker that mostly only caters only for two, but there isn’t much room back there for full-sized adults. Similarly, the trunk is adequate for the basics but not at all cavernous. As one might expect from a car at this price point, special colors and trims for the interior allow for a greater degree of personalization than more humble automobiles.

The usual agencies don’t crash test the California T - or any Ferraris, for that matter - and the car doesn’t come with the usual bundles of active safety features. Ferrari saves the high tech for the bits that make the car go fast. For those who only want the latest and the best, however, it may be worth waiting a few more months for the Portofino.

What's your take on the 2018 Ferrari California T?

Have you driven a 2018 Ferrari California T?
Rank This Car