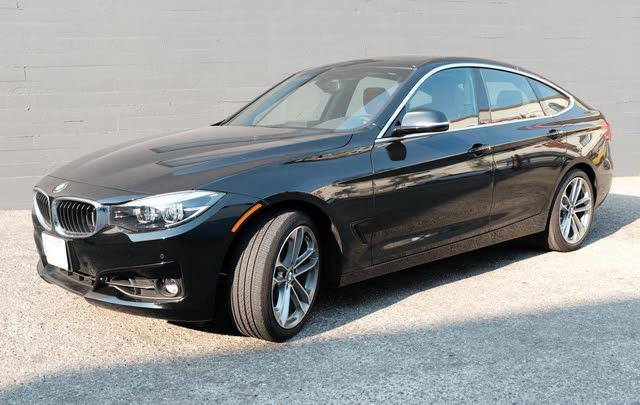 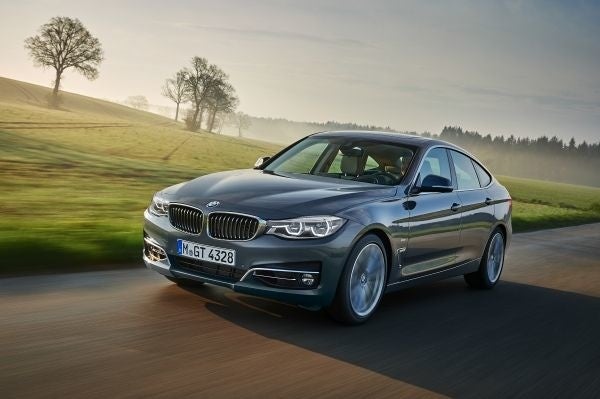 BMW’s 3 Series is its perennial icon, its best-selling line of vehicles and the heart of the brand. As such, it has been offered in a dizzying array of body-styles, including a sedan, coupe, wagon and even a brief three-door liftback variant. And in 2013, just after the release of the sixth-generation 3 Series, BMW introduced a five-door liftback body-style called the 3 Series Gran Turismo (GT). Like the rest of the 3 Series range, it was gently made-over in 2016 and received new engines and sub-designations in 2017. In 2018, it carries forward in with no major updates.

Compared to the 3 Series sedan, the GT has 4.3-inch longer wheelbase, a 3.2-inch taller stance and a rear hatch in place of the trunk. Sheet metal is unique, too; the GT gets its own body-shell, fenders and front and rear fascias. The two trims, 330i and 340i, denote the available powertrains. 330i is a 2.0-liter turbocharged inline 4-cylinder engine making 240 horsepower and 258 lb.-ft. of torque, good for 23 city / 33 highway / 27 combined mpg. 330i achieves 60 mph in a respectable 5.9 seconds. Meanwhile, 340i nets a 3.0-liter turbocharged inline 6-cylinder engine with an impressive 320 horsepower and 332 lb.-ft. of torque. The zero-to-sixty time shrinks to 4.7 seconds, while still achieving fuel economy ratings of 20/29/23 mpg. Unlike the 3 Series sedan, neither a manual transmission nor rear-wheel-drive are offered; BMW’s xDrive all-wheel-drive system and an 8-speed automatic transmission with paddle shifters are standard fare on the GT. The GT mostly drives just like the sedan, and that means an athletic and composed ride, with strong acceleration from either engine. However, the steering has been called aloof in its feedback, and the driving dynamics in general are now average for the segment. Journalists did give praise to the 340i’s inline-6 engine, which has a pleasing auditory note not usually present with turbocharged units and strong acceleration, with maximum torque available low in the rev range.

From the interior, the 3 Series GT’s seating position is 2.3 inches taller and legroom increases by 2.8 inches compared to the sedan. The gentler slope of the roofline affords greater amounts of front and especially rear headroom, plus an increase in usable cargo space, which makes the GT about as practical as a crossover. Cargo room increases from to 24.6 cubic feet or 56.8 feet with the seats down, nearly matching the wagon at 27.5 / 61.5. And, unlike the sedan, those 40/20/40 split-folding seats recline individually as much as 19 degrees. That said, the 3 Series GT’s interior (mostly shared with the sedan and wagon) is a bit of a let-down. Though the shapes are pleasing and contemporary, the materials choices are low-rent for the compact luxury segment. The Audi A4 and Mercedes-Benz C-Class have been recently redesigned and far surpass the 3 Series in that regard. Even significantly lower-priced cars like the Volkswagen Golf family and the Mazda 3 feature higher-quality materials. The switchgear, too, looks less premium than it should for this price point, and, looking at the nicer equipment in some of BMW’s pricier wares, that appears to have been a conscious and deliberate decision. The basic seats, upholstered in BMW’s SensaTec leatherette, are similarly underwhelming, but the upgraded ones look suitably premium. The seats are, in fact, an overall commentary of the GT’s split-personality cabin; it feels upscale one the options are piled on, far less so for baser trims. That said, one high mark of the 3 Series GT’s cabin is the presence of BMW’s iDrive system, which floats atop the dash and which can be manipulated both by touch and the controller in the center console.

With either trim, the 3-Series GT comes in three main flavors. Sport Line Design is standard and defines the GT’s base look, which is a healthy mix of body-colored and silver elements. Luxury Design is a free upgrade that jazzes things up with more chrome accents throughout the car’s exterior. And M Sport Design drastically modifies the GT’s appearance, removing the bright work in exchange for gloss-black parts, unique front and rear bumpers, standard projector-beam headlamps, and an M Sport steering wheel. From there, buyers can progressively option-up the GT with tiers of equipment. Convenience Tier adds keyless entry, lumbar adjustment and satellite radio. Premium Tier adds a head-up display, navigation system, real-time traffic and heated front seats. And Executive Tier comes with side and top-view cameras, a parking assistant, LED headlamps, an LCD instrument cluster and automatic high beams. Other than that, BMW offers some individual upgrades, such as a heated steering wheel, wireless charging, Apple CarPlay compatibility and adaptive cruise control.

The 3 Series GT comes with a total of eight airbags and BMW Assist, a paid-subscription telematics system with automatic crash response, roadside assistance and vehicle tracking capabilities. For optional safety equipment, the GT can be optioned with a Driving Assistance Package, which bundles together frontal collision and pedestrian warning, city collision mitigation and lane departure warning. The National Highway Traffic Safety Administration (NHTSA) tested the 2018 3 Series GT against a five-star rating system, where it received a score of 4 for frontal safety, 5 for side safety and 5 for rollover safety, for an aggregate score of a highest-possible 5 stars.

The 3 Series GT has many positive attributes. For its reasonable compact footprint and modest size gains over the 3 Series sedan, it offers space to rival mid or full-sized vehicles. The GT’s shortcomings, like the unimpressive cabin materials and woolly steering, are endemic to the 3-Series line as a whole. That said, there are semi-alternatives. Rival Audi now has the A5 Sportback, although it features a coupe-like ride height and is really closer to a relative of the 3 Series GT, the 4 Series Gran Coupe. The 3 Series Sport Wagon has more cargo space and even offers diesel power, but it carries the 3 Series sedan’s shorter wheelbase and ride height, and no 6-cylinder engine is offered. The BMW X3, recently redesigned, is a good alternative to the GT and the detriments of its crossover body-style will only be felt at the limits, but prices are disparate; the X3, option-for-option, costs far more than the GT. In all truth, for the buyer looking for a pedigree brand, who desires something between car and crossover and at a palatable price, there’s nothing as suitable as the 3 Series GT—and that is justification enough to purchase one.

Have you driven a 2018 BMW 3 Series Gran Turismo?
Rank This Car