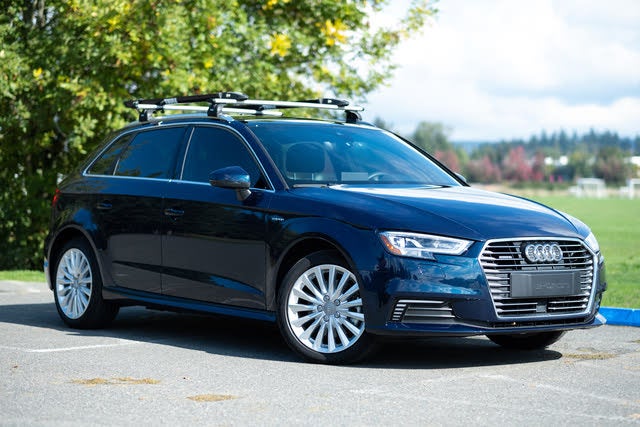 CarGurus has 81 nationwide A3 Sportback listings starting at $16,900. 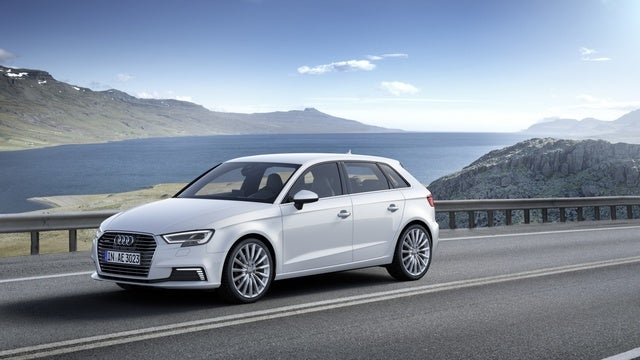 People shopping for a 2018 Audi A3 have multiple choices: front-wheel drive, all-wheel drive, two-door convertible, and four-door sedan. But what about those looking for a hybrid? Drivers need look no further than the A3 Sportback e-Tron: It pairs a five-door hatch body with a plug-in gas-electric hybrid system. Equipment and features largely mirror those of the standard A3.

The Sportback e-Tron first came to the U.S. market in 2016; it cruises into the 2018 model year largely unchanged. Selecting the hybrid model will add over $7,000 to the price of a standard four-door A3, although federal incentives for buying a hybrid car make the difference in price quite a bit easier to swallow.

While the big visual difference for the Sportback is the rear of its bodywork, things are very different under the hood as well. Whereas the standard A3 features a 2.0-liter turbo 4-cylinder, the Sportback e-Tron goes with a smaller 1.4-liter turbo four that pairs with a 75-kilowatt electric motor and 8.8-kWh battery pack. These motors drive the front wheels through a 6-speed automatic transmission that features a manual mode.

The hybrid setup adds up to a total system output of 204 horsepower and 258 pound-feet of torque, which means it’s no slouch in the power department even if it does weigh a bit more than the standard car. The A3 Sportback is rated at up to 34 mpg combined or 83 MPGe, and it will do 16 miles on electric power alone. The batteries will also recharge in eight hours on a standard wall socket or in just over two hours when using the included 240-volt charging unit.

With emphasis on fuel economy and practicality, the A3 Sportback e-Tron won’t come with goodies like a sport suspension and offers only front-wheel drive (FWD). It also weighs about 200 pounds more than the standard A3 thanks to heavy battery packs and a heftier body, but it still comes with the A3’s refined chassis and suspension system.

The hybrid version of the A3 features the same premium-feeling interior of the standard car, even if it isn’t quite as sumptuous as some of the more expensive Audi models. The list of features is largely the same as well, offering standard power and leather seats, dual-zone automatic climate control, and a reversing camera. Optional extras include a 14-speaker Bang & Olufsen stereo as well as both Apple CarPlay and Android Auto. Audi’s MMI infotainment system is also one of the better systems out there, and buyers can opt for Audi’s virtual cockpit, which is a configurable 12.3-inch instrument display screen.

Part of the A3 Sportback’s appeal is the extra room it offers. While it won’t fit a couch or a Christmas tree, it has enough room with the seats folded down for several big pieces of luggage and could assist with a light move. With the seats up, the A3 Sportback offers only 13.6 cubic feet of storage space. When drivers fold the seats down, this expands to an impressive 33.7 cubic feet.

Users ranked 2018 Audi A3 Sportback against other cars which they drove/owned. Each ranking was based on 9 categories. Here is the summary of top rankings.

Have you driven a 2018 Audi A3 Sportback?
Rank This Car

Cars compared to 2018 Audi A3 Sportback

CarGurus has 81 nationwide A3 Sportback listings starting at $16,900.

2018 Audi A3 Sportback Trims For Sale