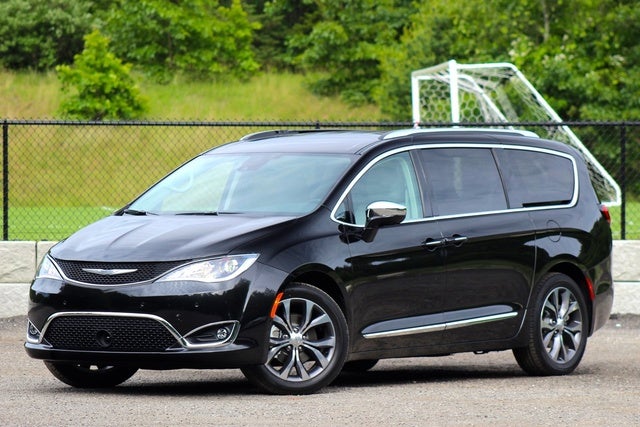 Have you driven a 2017 Chrysler Pacifica?
Rank This Car

Drives like a car. Very comfortable. And we love the leather seats. Read More

LOVE this van...I would choose it over all the other minivans, and I’ve risen in them all. Read More

The King of Minivans. It started with me renting one. Now Im trying to purchase it. Read More

An excellent choice. Stow and go seats are the bomb. Read More

Love all of the features available on the Pacifica I purchased. Overall an excellent vehicle. Read More

It is a van with looks of an SUV Read More

Need A Family Car Buy A Pacifica By Brightwell2016

This car is awesome in every aspect , we take 3 people and a dog to and from Florida(from Indiana 4 times year in this car (16 hour trip one-way) from its cargo capacity to the amount of power and get... Read More

I Wish They Hadn't Stopped Making This Car!!! By lsmartha

I drove an 04 pacifica for the last 5 years, & was recently in an accident. I rolled it 3 times down an 8 ft. embankment throught the woods. This car was awesome. It saved my life. Got an 08 now. Read More

Great for a family vehicle also it is affordable Read More

An Excellent Experience By Taya

Chrysler Pacifica consumes more fuel in Urban at low speeds. On highways, it is extremely efficient. The car is completely digital and if any of the sensor gets some problem or malfunction, it costs m... Read More

Have you driven a 2017 Chrysler Pacifica?
Rank Your Car →