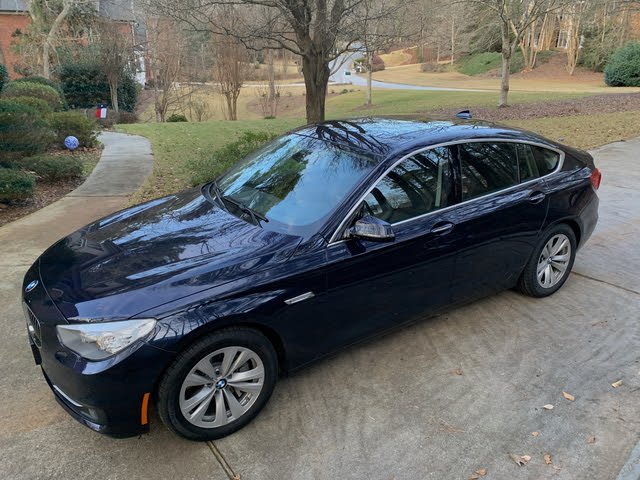 Gone are the days of the BMW 5 Series wagon, which took the famed comfort and drivability of the 5 Series and added tons of extra space. Now we have the BMW 5 Series Gran Turismo, a 5-door liftback not unlike the Porsche Panamera, only taller and less performance-focused. Based on the previous-generation 7 Series, it’s tall, roomy, and features a double-pane rear opening that can function as either a trunk lid or a hatch. Introduced in 2009, the 5 Series Gran Turismo will likely be replaced by a 6 Series version in the very near future, so the 2017 model remains largely unchanged from last year. It’s designed for those who need more space than the traditional 5 Series offers but who don’t want the extra bulk and height of an actual SUV—although this target audience must not be particularly large, as it hasn’t sold as well as others in the lineup. A 3 Series Gran Turismo also follows a similar concept.

BMW has a well-earned reputation for building balanced, sharp-handling drivers’ cars, but the 5 Series Gran Turismo’s driving dynamics have proven a bit of a disappointment to road testers. The car rides well, but its added height displaces its weight too far off the ground and its handling is more like an SUV than a sports sedan. To help with that, BMW offers upgraded 19-inch wheels, an adaptive suspension, and a 4-wheel steering system that BMW calls Integral Active Steering.

The 5 Series Gran Turismo’s plush interior, based largely on that of the old 7 Series, seats 5 passengers, with plenty of leg- and headroom. The car offers 17.7 cubic feet of cargo space accessible through a power-operated bi-modal trunk door. The rear seats can be laid down for additional room, but the 5 Series Gran Turismo just doesn’t have the cargo capacity of an SUV or a proper station wagon.

Have you driven a 2017 BMW 5 Series Gran Turismo?
Rank This Car

I Can Help You Fix Your Credit Score

I had a setback some months ago; I have been searching for a good credit repair agency to help fix my bad report which was preventing me from getting a loan or mortgage. I got scammed by several fak...