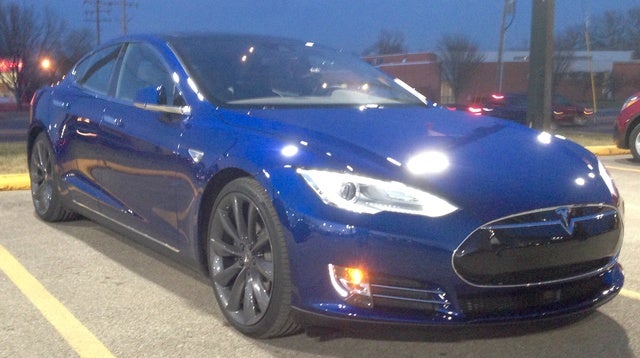 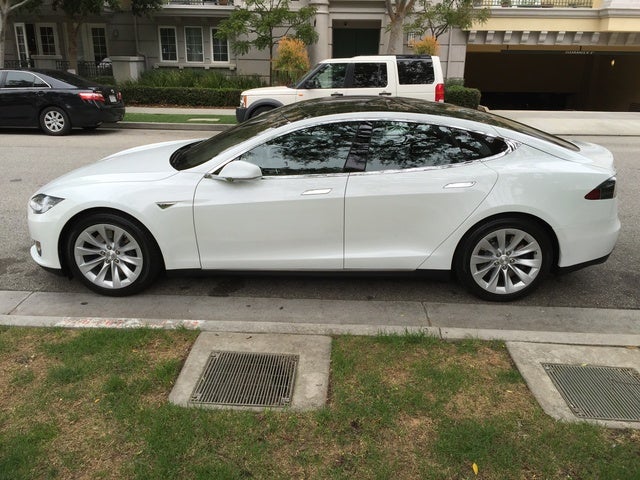 Maybe now, after they’ve been on the road for four years, people are starting to understand. That blur that just whipped past you on the highway, that luxury sedan that could be the better-looking cousin of a Jaguar or Maserati, that whisper quiet 4-door sliding into the night--that’s the Tesla Model S.

There’s nothing else on the road like it. The all-electric Model S challenges supercars for acceleration bragging rights, can travel around 240 miles before needing a recharge at one of Tesla’s free Supercharger network stations, combines space-age aerodynamics with old-school elegance in its exterior lines, doesn’t burn a drop of gasoline, and has German automakers scrambling to come up an with electric luxury sedan of their own that can somehow compete with it.

As it does with most every facet of manufacturing, Tesla takes a different approach to model year assignments. Every Model S that is fully assembled on or before Dec. 31, 2015 is a 2015; every Model S produced from then until the beginning of 2017 is a 2016. So the 2016 Tesla Model S won’t be available until January at the earliest, but there are some recent updates that will impact Model S sedans that roll out of the Fremont, CA factory in 2016.

The Model S exterior remains unchanged, but the vaunted electric powertrain gets some “Ludicrous” upgrades. Literally. The Model S P85D, which was the fastest Model S before these upgrades, had an “Insane” mode that would rocket the car from 0-60 mph in a scant 3.1 seconds. But Tesla has created an option that adds 5 kWh hours to that battery, upping it from 85 to 90 kWh, meaning the new high-end performance Model S is the P90D--and has, as you may have guessed, a “Ludicrous” mode that pushes the car from 0-60 mph in just 2.8 seconds.

There is also a new base Model S, the 70, which starts at $70,000 and replaces the 60. The 70’s powertrain consists of a 70 kWh battery and an electric motor that powers the rear wheels with 382 hp and 325 lb-ft of torque, able to send the car from 0-60 mph in 5.5 seconds. Driving range depends on average speed, outside temperature, whether or not you’re running the heat or a/c, and what size wheels you choose. Teslamotors.com has a great calculator that allows you to alter all those factors and get ranges for each model, and for a Model S 70 that’s driven at 65 mph in 50-degree weather with no heat or a/c and with 19-inch wheels, the range is 242 miles.

Stepping up to the 70D trim adds another motor for the front wheels, which not only makes this Model S an all-wheel drive (AWD) vehicle, but also increases the horsepower to 518, the torque to 387 lb-ft, and decreases the 0-60 time to 5.2 seconds. Under the same conditions described above (65 mph average speed in 50-degree weather with no heat or a/c and 19-inch wheels), the 70D has a range of 248 miles.

As we’ve already said, the Model S has absurd acceleration. What we didn’t mention was that acceleration is available instantly. Unlike combustion engines that need to rev to high RPMs to deliver torque, the electric motor produces it as soon as you hit the accelerator. What’s more, it rockets forward in silence.

The Model S doesn’t handle like some nimble sports car--the sedan is too big for that--but the enormous battery provides a low center of gravity and excellent traction, which in turn let you attack corners aggressively. If you don’t want to attack, just sit back and enjoy a smooth ride, especially if you've chosen the $2,500 air suspension option.

Like the exterior, the Model S interior is sleek and elegant. A 17-inch touchscreen, which controls most of the car’s functions and has received ample praise for its graphics and ease of use, commands most of the dashboard space. The seats (both front and rear) are comfortable, although the rear-facing jump seats in the cargo bay (which push passenger capacity to 7) are definitely best left to small children. Unlike the exterior, the Model S interior does not excel in terms of function--there are simply not enough storage spaces, including a lack of rear cupholders--and this seems to be just about the only critique for this vehicle.

After a pair of battery fires in 2014 caused by road debris, Tesla developed a battery shield to prevent such accidents from happening again. Other than that, the Model S has had an exceptional safety track record. Standard safety features on all Model S trims include stability control, traction control, anti-lock disc brakes, blind spot warning, lane departure warning, parking sensors, automatic emergency braking, and 8 airbags (head, knee, and pelvis in the front plus two side curtain airbags).

Have you driven a 2016 Tesla Model S?
Rank This Car

Hi, I have a buyer for my listed car and she needs financing. She says Cargurus wont finance for her because I am a private seller. Is there another way I can get this deal done with her? Thanks

You Cannot Find My Vin

How Do I Sell My Car On Car Gurus?

Customer Service Number For You

My buyer is requesting a loan from her bank. This may take up to two weeks. She has agreed to give me a security deposit to hold the car and show good faith she will buy the car. Can that be run ...

As requested in your email, I wrote the code you sent me on a sheet of paper, put it on the windshield, took a photo per your directions and uploaded it. However, it appeared that the upload proces...