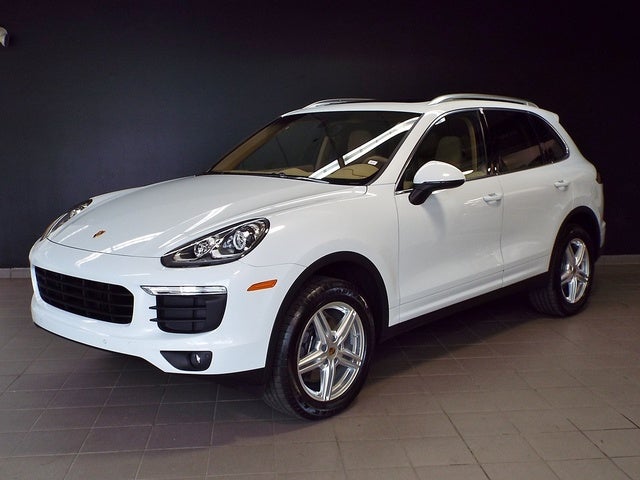 Average user score
4.5 ⁄ 5 stars
Based on 11 reviews
Review by GuruFK8YD — The isn’t missing anything, and reliable and cool Read more
Review by Guru274Q7 — Beautiful car! I currently drive a 2008 in black. Thinking of trying a white one next. Read more 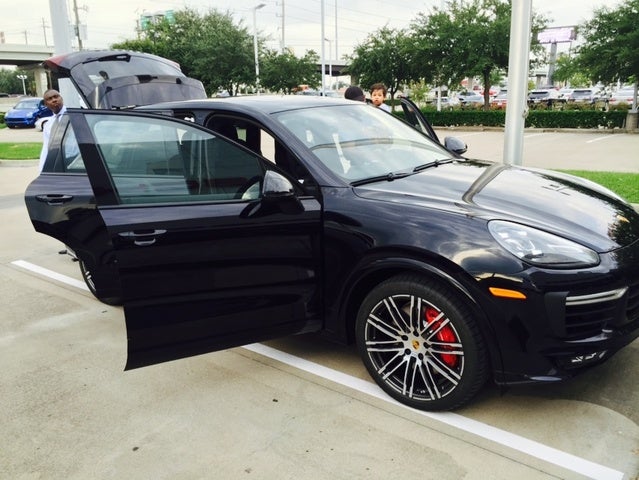 Not content with offering a premium midsize sport ute that screams from 0-60 in less than 5 seconds, reaches over 170 mph on a straight track, and pampers passengers with matchless Euro-luxury, Porsche is taking its 2016 Cayenne a step further with a brand new uber-potent trim. That’s right, the upcoming 2016 Cayenne lineup will include not only the traditional Base, Diesel, S, GTS, E-Hybrid, and Turbo iterations from 2015, but also an even more potent (and now flagship) Turbo S trim.

Again, all these over-the-top Cayenne screamers will be delivered with one of two intelligent all-wheel drive (iAWD) configurations. Higher-end versions include a 2-speed transfer case and skid plates for some mild backwoods bushwhacking. Turbocharged variants, meantime, boast the ubiquitous sport-tuned suspension, as well.

To begin, all Cayenne trims are managed by a capable 8-speed shiftable automatic transmission, with optional, steering-wheel-mounted paddle shifters. The base Cayenne powertrain remains a normally aspirated 3.6-liter V6 engine capable of a commuter-friendly 300 hp and 295 lb-ft of torque from this unadorned V6. Mileage is unavailable in any Cayenne iteration, as this hefty ute’s curb weight exceeds the EPA’s testable standards.

Next up is the 3.0-liter turbodiesel V6, standard in the Cayenne Diesel. Expect 240 hp and a hefty 406 lb-ft of torque from this force-fed oil-burner.

The Cayenne E-Hybrid, meanwhile, again offers a standard, supercharged 3.0-liter V6 gasoline-burner combined with a plug-in-capable electric motor to put out a combined 416 hp and 453 lb-ft of torque. A 3.6 kilowatt plug-in charging system that will juice-up the battery in about 2.7 hours comes standard. Meantime, an available 7.2 kilowatt system will recharge the system in about 1.3 hours. Further, Porsche claims that the 10.8 kWh battery pack will allow cruising at up to 78 mph on electric power alone, while engaging the V6 will get you a top-speed of 151 mph.

The 2016 Turbo trim, once king of the Cayenne hill, again sports a twin-turbocharged 4.8-liter V8 powerplant that’ll throw down 520 hp and 553 lb-ft of torque. With a top-end of 173 mph and a 0-60 time of 4.2 seconds, this force-fed screamer will get even the latest of starters to the airport in plenty of time to make their flight.

Finally, look for the brand new 2016 Turbo S to boast an even more up-powered version of the twin-turbocharged 4.8-liter V8. Producing an incredible 570 hp and 590 lb-ft of torque, this beauty will grab a 176 mph top-end, and a 3.8-second 0-60 time—according to the folks at Porsche—meaning those late starters can stop off at the track for a couple of hot laps and still make their plane.

Goody-wise, and depending on the trim selected, this posh Porsche people-hauler will again boast 18- or 19-inch alloy wheels, a rear spoiler, and a power liftgate. Additionally, drivers and passengers will enjoy the standard leather upholstery, power-adjustable front seats, full power accessories, and a cooled storage bin. All variations will include cruise control and telescoping tilt-wheel steering, not to mention dual-zone auto climate control, and a remote garage door opener.

Techno-wise, look for the 2016 Cayenne lineup to remain delivered with standard Bluetooth hands-free technology and voice-activated navigation. Lower trims, meanwhile, are expected to return with a 100-watt audio system boasting a CD player and 10 speakers, and upper-echelon editions will again deliver standard satellite radio, as well. Higher-level Cayenne trim variations, meantime, will also offer, besides a standard power sunroof and memory for driver settings, a more athletic drive with the already-mentioned upgraded AWD, not to mention the traditional adaptable sport-tuned suspension components.

Expect options for the several 2016 Cayenne variations to remain mostly in package form and to include either Bose or Burmester premium stereo systems, along with Surround Sound speakers, upgraded leather upholstery and cabin accents, upgraded and up-sized wheels, an auto-dimming rear-view mirror, and a rear-view camera. Heated and ventilated rear seats, as well as upgraded memory for driver settings can also be added for some extra cash.

What's your take on the 2016 Porsche Cayenne?

Users ranked 2016 Porsche Cayenne against other cars which they drove/owned. Each ranking was based on 9 categories. Here is the summary of top rankings.

Have you driven a 2016 Porsche Cayenne?
Rank This Car

Touchscreen and "miniscreen" keeping shutting down every few minutes while driving and then come back on.

16 views with 8 answers (last answer about a month ago)

Can Someone Please Tell Me The Name/brand Of These Wheels!

Can someone please tell me the name/brand of these wheels!

Does Anyone Else Have Problems With Acceleration With A 2016 Cayenne? My C...

I was looking to purchase a 2016 Porsche Cayanne 44,900.00. It has 20k miles and one onwer. I like the way it drives but I am afraid of having a high carnote and very expensive maintenance. Any su...

78 views with 1 answer (last answer about a year ago)