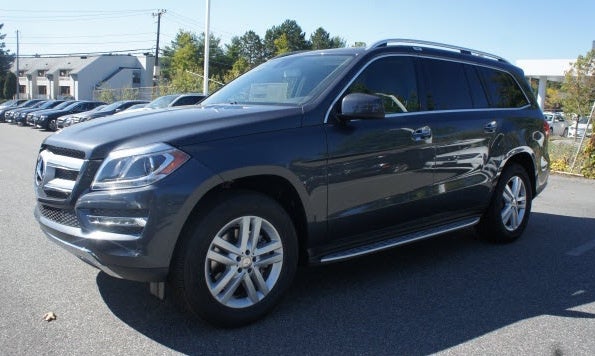 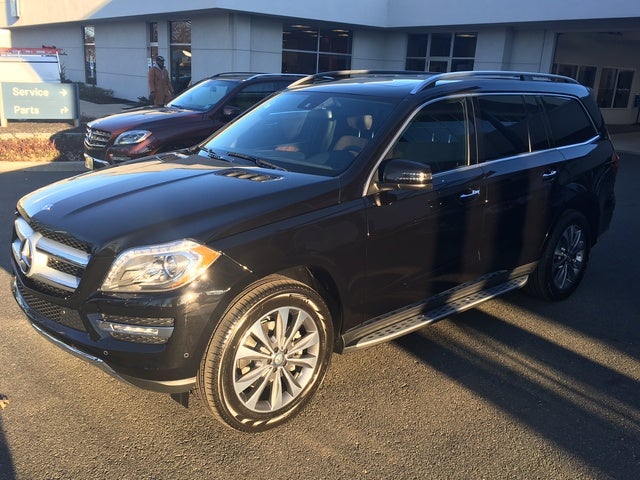 For the well-heeled among us who desire a full-size sport ute with power, plush, panache, and even a bit of practicality, the 2016 Mercedes-Benz GL-Class might be just the ticket. Sporting 5 doors, 7-passenger seating, 93.8 cubic feet of carrying capacity with the rear seatbacks folded, and adult-size third-row room, the GL-Class is also expected to offer little in the way of upgrades from the current edition.

There are some hints out of Deutschland, though, that a reworked version of the GL-Class, called the GLS, is on the drawing board. This new and improved version of the GL-Class is expected to offer improved mbrace2 infotainment, a noticeably restyled profile, a reworked dashboard and center stack, and a few tweaks to the current powerplants. Although some reviewers claim a late-2016 debut for the GLS, a dearth of reliable information about this upgraded GL-Class leads one to believe that the 2017 model year seems a more reasonable release date.

As of the present, however, look for the 2016 GL-Class trims to again include the entry-level GL350 BlueTEC and the GL450, along with the up-featured and up-powered GL550, and the track-tested GL63 AMG, which remains a product of M-B’s AMG racing division. And again for the upcoming year, all GL-Class iterations come with standard intelligent all-wheel drive (iAWD), thus each carries the winter- and terrain-taming 4Matic designation.

Choosing to go with the 2016 GL450 when it adorns dealer showrooms in the late summer of 2015 will get you a gasoline-fired 3.0-liter turbocharged V6. Again managed by the ubiquitous 7-speed shiftable automatic, this peppy force-fed V6 throws down 362 hp and 369 lb-ft of torque, to the tune of 17/21/17. And as with all the GL-Class non-diesel trims, this potent 6-cylinder is equipped with standard stop/start technology that shuts down the engine at a stop and restarts it when the gas pedal is pushed.

Stepping up to the 2016 GL550, look for a 4.6-liter twin-turbocharged V8 mill to return, along with the traditional 7-speed shiftable automatic transmission. Expect 429 hp and 516 lb-ft of torque from this V8-led drivetrain, with mileage slated to remain 13/18/15.

At the top of the powertrain heap, of course, is the race-inspired GL63 AMG, with its standard 550-hp 5.5-liter V8 engine and its sport-tuned 7-speed shiftable automatic. Scheduled to pound out 560 lb-ft of torque, this hog won’t pass up many gas pumps with its 13/17/14 mileage estimates.

Towing capacity, meantime, is maxed out at 7,500 pounds with the proper equipment, including an optional trailer hitch and wiring that remains a dealer-installed accessory.

All trims are also anticipated to return toting Mercedes’ COMAND infotainment technology, as well as Bluetooth-interfaced mbrace2 hands-free communications and smartphone apps, with all of these integrated into a 7-inch touchscreen display. Additionally, look once again for higher trims to sport standard GPS navigation and upgraded infotainment features.

Although owners sometimes find the techno-bling a bit overwhelming in current GL-Class editions, virtually all of them laud this plush sport mule’s power, performance, posh, and quasi-practicality. Look for the 2016 GLS-Class to challenge such rivals as Lexus’ off-road-capable LX 570, Land Rover’s value-laden LR4, Infiniti’s macho-man QX80, and Cadillac’s legendary Escalade. Beware that a hefty MSRP can again be expected with each of these princely people-haulers, while various available add-ons will elevate prices to stratospheric levels.

What's your take on the 2016 Mercedes-Benz GL-Class?

Jack How can I trust this review when he doesn't even know the 450 engine is a V-8 not a 6? What other mistakes has he made ?

GuruDR162 I noticed that too. Not trust worthy

Krishna the 2016 is actually a v6 with twin turbo...hence - trustworthy.

Ralphie0511 I can only speak for the GL350 Blutec, I have never driven the gas variant.

Users ranked 2016 Mercedes-Benz GL-Class against other cars which they drove/owned. Each ranking was based on 9 categories. Here is the summary of top rankings.

Have you driven a 2016 Mercedes-Benz GL-Class?
Rank This Car

Are The Cars Advertised Available

Just purchased a 2016 Mercedes Benz GL450;4MATIC My key allows me to unlock the auto on approach and has push button start. Can I have a remote starter installed by professional company using an e...

Car stuck in neutral after being towed. How do you get to go into park & drive